China, US medal competition heats up

As of 10:00 pm Beijing time, China was leading the gold medal count with 17, seven more than the US. Team USA was leading in terms of total medals, with 29 compared to China's 27. South Korea was in a distant third with six gold medals and 13 total medals. 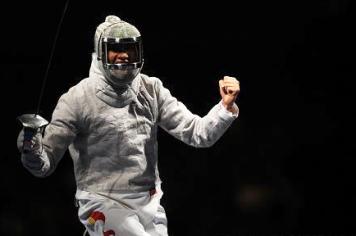 Zhong's unexpected gold was the first gold in fencing in 24 years for China. Luan Jujie, who competed for Canada earlier in this Olympics, won China's first fencing gold in the 1984 Los Angeles games, becoming a national hero. 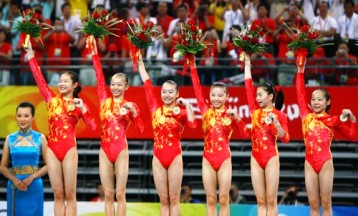 Chinese women gymnasts beat US team for gold
Going into the final floor event in women's gymnastics team competition on Wednesday, China led Team USA by a slim margin of 143.10 to 142.09. With everything on the line, the Chinese team put in three solid performances while Shawn Johnson, Nastia Liukin and Alicia Sacramone all stepped out of bounds, giving China an opportunity to run away with the gold, which it did.

The competition was marred not only by lackluster performances by the Americans in the floor event, but also by accusations that the Chinese were fielding an illegally young team and of sloppy officiating.

Olympic rules state that gymnasts must be 16 or turning 16 in the same year of the games in which they compete. China's Deng, He, Li and Yang are all officially listed as being 16. US women's team director Martha Karolyi claimed that she could see a missing tooth in one of the girls' mouths, suggesting that her permanent teeth had yet to come in.

Karolyi also expressed suspicion about a two-minute delay before Alicia Sacramone's beam performance, during which Sacramone fell off the beam. Asked whether she thought the delay was a ploy to throw off Sacramone's concentration, Karolyi responded, "Well, it could be."