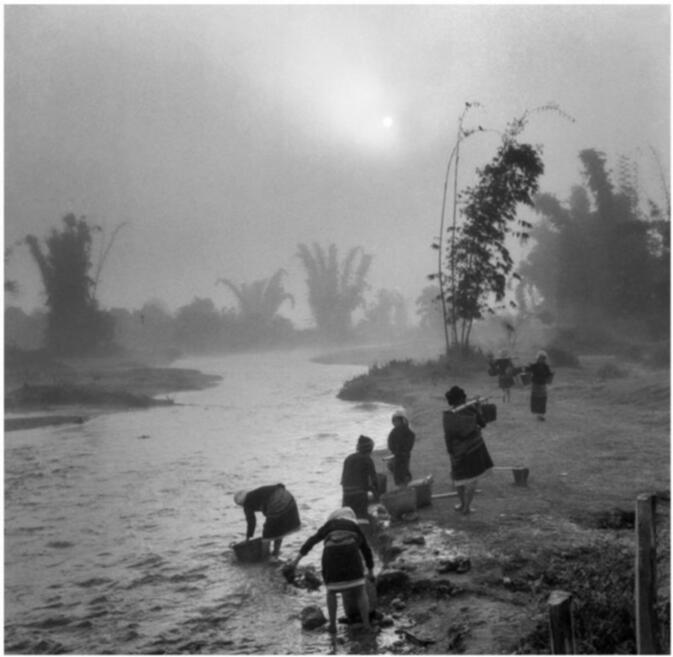 The exhibition Yunnan Photo Album—Du Tianrong opened at Contemporary Gallery Kunming on July 3, featuring photographs taken by the artist in the 1950s, 60s and 70s of Kunming, Lake Dian and further afield in such places as Xishuangbanna and Pu'er.

Du Tianrong (杜天荣) was born in Fumin County in 1928, and landed his first job in Kunming in 1943 as a darkroom technician. He soon began working at the portrait and photography studio of Liao Xinxue (廖新学), one of the first Yunnan artists to train overseas in France. By that time, Du was probably one of only a handful of people in Yunnan who could operate a darkroom.

In his free time, he photographed the everyday life of Kunming and surrounding environs, first as a hobbyist and then as the head of the Kunming Municipal Art Services Department, a group of workshops creating artworks and traditional crafts. He would lead his craftsmen into the countryside to learn about local crafts and seek inspiration for their products.

A legacy in images

He left behind quite a valuable trove of photographs. As artist Cheng Xinhao (程新皓) notes in an upcoming monograph, most photographers working in Yunnan at the time were creating highly scripted and staged photographs for propaganda purposes:

These photographs were entirely of his own initiative and selection. They exist as a non-propaganda photographic process. Because of the independence of this photography, and because of Du's life experience, these photographs are rich in detail, and present an archival plainness which gives them value beyond the realm of photographic art as real, reliable visual evidence documenting this period.

The Kunming under his lens is a quaint town on China's frontier, the entire city plainly visible from the Yunnan University clock tower. It was also a water town, crisscrossed by a network of rivers and canals. Lake Dian was much larger than it is today; much of the western part of today's city was then underwater, part of a large network of wetlands teeming with fish and edible water plants. Fishermen cast traditional nets and raised ducks in these shallow waters, and boats rode as far inland as Green Lake. 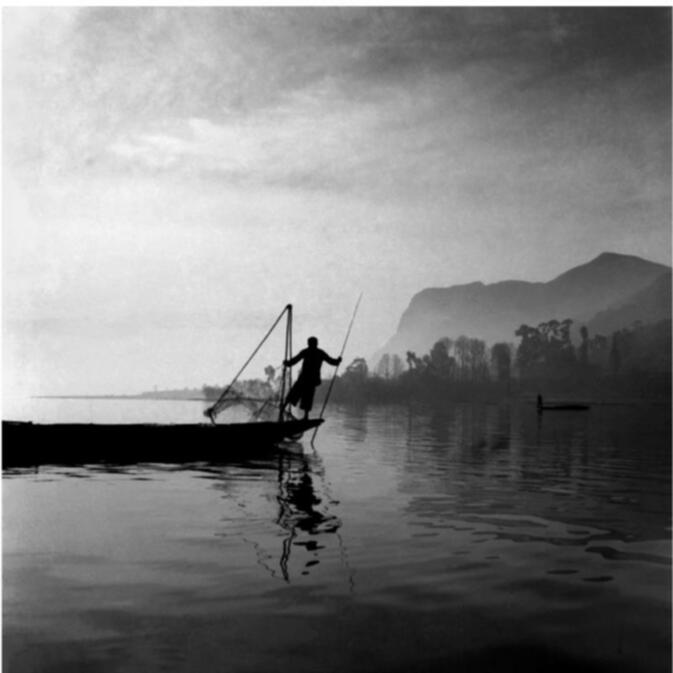 Many unloaded their catch alongside other goods at Zhuangtang Wharf, on the Daguan River, which is still the site of the city's largest food market.

His photographs of minority regions on Yunnan's frontier are almost unrecognizable today. Back then, it could take almost a week to reach Xishuangbanna, and once there, he captured people living on a land with no notion of ethnic tourism, almost no paved roads, and very little in the way of modern industry. 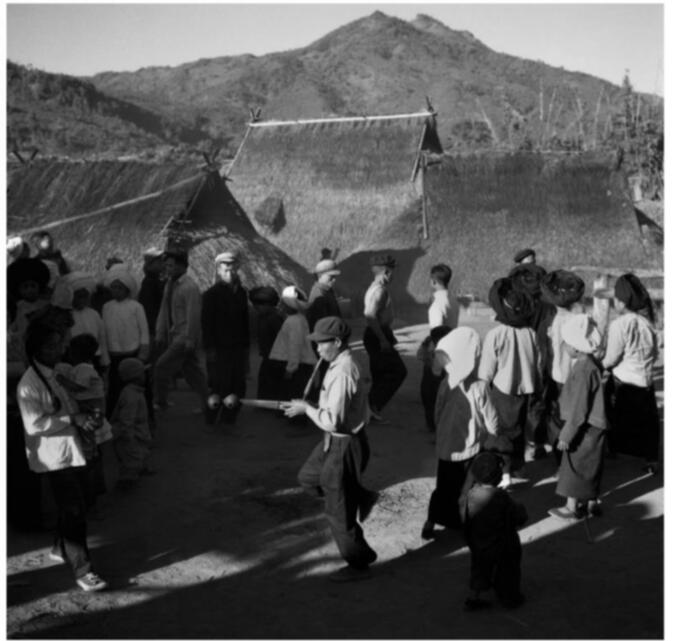 Other photographers at the time would often place their subjects in very contrived poses to demonstrate either how poor and exotic the region was, or how the new system was bringing these people into prosperous modernity. Du often simply wandered into the villages or showed up at market day, stopping people for candid portraits, just as he would a fellow Kunminger on the street.

Though these frontier regions of Yunnan still retained their elegant wildness at that time, Du was perhaps too familiar with this land, and so these ethnic minorities did not become exotic others in his photographs. They are smiling, whispering, living and loving, just like the people around us... There is no reductionism, no raising up, no iconification, no forcing of certain ideas. Even half a century later, we still find this vibrant contentment compelling.

This candidness is what makes Du's works so valuable today. He did not set out to make a great historical record for future generations, or to reshape the discourse about a newly modern China. He simply enjoyed photography and strove to make the best pictures he could.

For Du, the camera was just a tool of his trade, just as every farmer needs a hoe. When he pointed his lens at the world, this viewpoint was in accordance with his identity as a "photography worker." It did not give rise to notions of beautifying, interpreting or making fun of the world, and he did not harbor the various concepts of photography that would later be imported from the West.

Perhaps Deng Qiyao (邓启耀), noted visual anthropologist and curator for this exhibition, said it best when he called these works a part of Yunnan's shared cultural memory. In his exhibition foreword, he called for an ongoing project to create a "family photo album" for us all:

These moments in time and fragments of vision can be pieced together into the visual memory of Yunnan to restore a multifaceted view of history. With this as the foundation, a photographic history of Yunnan will be reconstructed.

CGK curator Jeff Crosby is giving away three pairs of tickets to the Du Tianrong photography exhibition — which also gives access the Seeking Lake Dian exhibition on show at CGK — for GoKunming readers who can correctly answer the following question:

When did Contemporary Gallery Kunming first open its doors to the public?

Please send your answer, along with your name and WeChat or phone contact details, before Friday, July 24 via the GoKunming contact form. We will randomly select the winners and contact them via the contact form, so please keep an eye on your email. Good luck!

Comments on this article are closed until July 24, when we will notify the winners and share the correct answer.

Yunnan Photo Album — Du Tianrong will be on view at CGK until September 20. An exhibition catalogue, with essays and captions in English and Chinese, is currently on sale at the museum. A more extensive, large format monograph in Chinese, French and English is scheduled for release by CGK and the Yunnan Fine Arts Publishing House this August.