The legend of Dianchi Lake and the Western Hills 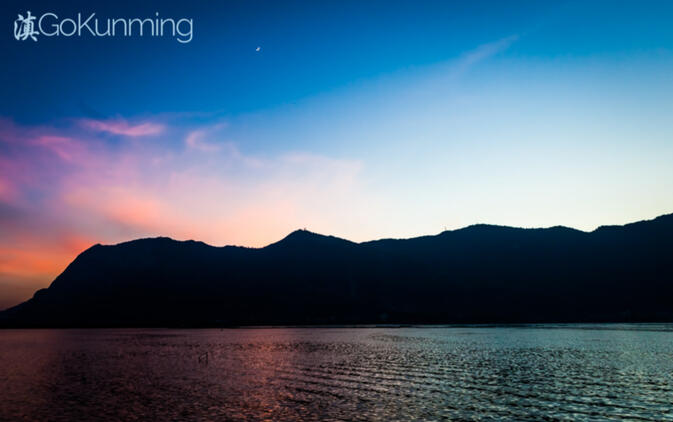 Dianchi Lake (滇池) is the largest body of water in Yunnan province and the Western Hills (西山) are one of Kunming's most visited locales. Many Chinese scenic spots have a charming legend about how they came to be, and these two places are no exception. The legend of Dianchi and the Western Hills has several different versions, but this story is one of the most common.

A long time ago, Kunming was a very dry place, much like a desert, and the people living there led gloomy existences. Among them was a very handsome hunter who lived with his beautiful wife. They could barely endure their lives. The hunter determined he must find water for his hometown. He left, and during his quest for water, he faced a number of difficulties. However, he eventually made his way to the Eastern Sea.

There on the shore, the hunter became puzzled. Although he saw a vast ocean and an unlimited supply of water, he had no idea how to carry any of it back to Kunming. As he contemplated what to do, he saw a little carp caught by a cruel eagle. The hunter raised his bow and with a single arrow shot down the eagle. The little golden fish survived. The hunter discovered that the carp was actually a princess, the daughter of the Dragon King of the Eastern Sea (东海龙王). 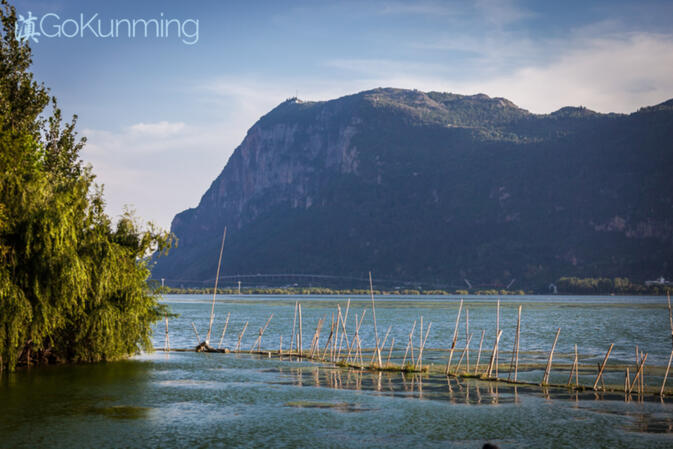 In order to repay the hunter for saving the princess' life, the Dragon King decided his daughter should marry the hunter. The hunter was obviously brave, talented and handsome, so the little princess admired him greatly. However, the hunter could only think of his wife and told the Dragon King, "My beloved wife waits for me at home. I must go back to her and take the sea water to Kunming".

Upon hearing this, the Dragon King flew into a rage. He transformed the hunter into a tiny fish, called a xiaohuangjin (小黄鱼). His new body — meant to be a punishment — actually solved the hunter's original problem. He filled his belly with water from the sea and headed back to his hometown.

Unfortunately, when he finally arrived home, the hunter found that his wife had died because she missed her husband so much. Upon her death, she transformed into the Western Hills. For this reason, some Kunming people today still refer to the Western Hills as Sleeping Beauty (睡美人). In his grief, the hunter spit his bellyful of water onto the ground and died, joining his wife in the afterlife. The water became Dianchi Lake, and people living in Kunming never had to worry about irrigating their crops again.

Editor's note: This story was translated and written by Kunming high school graduate Stephanie Zhang as she prepares to study overseas in England. If you would like to submit an article to GoKunming, get in touch via the contact form. 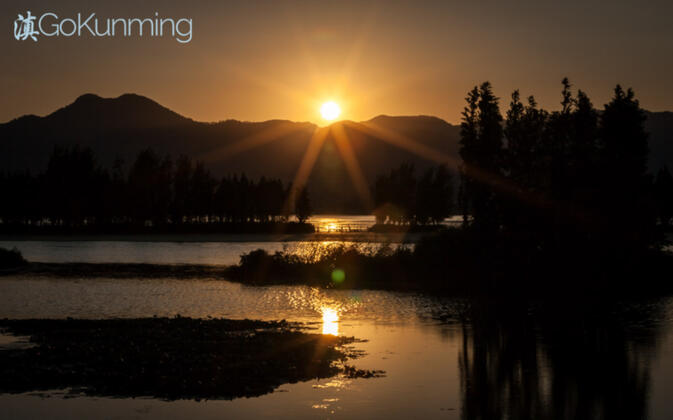 Thats another love story. Theres not another area on the planet with more love stories than Yunnan. From Ashima to the Butterfly Spring, from Torch Festival to the Camellia festival - its all tales of love. Even opium flower has a tale of love. Other countries got tales of warriors, kings, queens, lions, religion - Yunnan is all about tales of love. And something worth to hold onto.