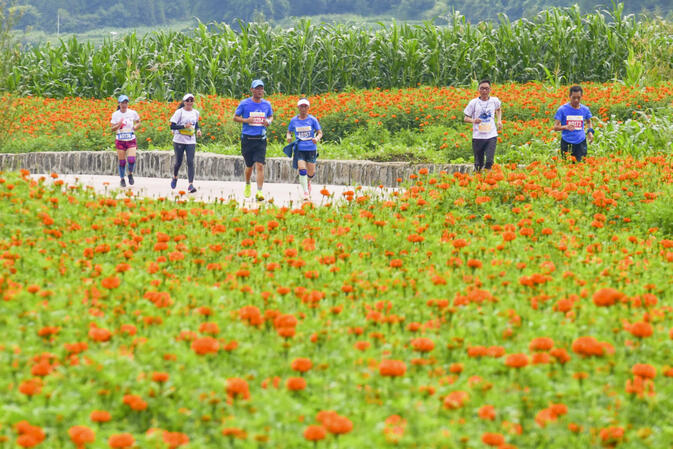 With the firing of a pistol, 3,000 runners surged forward from the starting line in Southwest China. They were taking part in the Flower Sea Marathon, an event held in Tengchong, on July 28 along the slopes of the verdantly blooming Gaoligong Mountains.

The city of Tengchong sits in the western region of Yunnan province, near the border with Myanmar. It is a predominately agricultural place, but the unspoiled nature of the area, as well as its elevation, means Tengchong is quickly becoming a hotbed for China's booming distance-running industry. For some of the hundreds of races popping up all over the country, a theme is bolted on — usually something that exemplifies the inherent attractiveness of the host city or region.

At this year's Tengchong event, race organizers unveiled a purpose-built track stretching for 42 kilometers. The six-meter wide tarmac serves the dual purpose of racecourse and tourist trail, transporting runners and travelers alike through forests, across ancient bridges, over fog-shrouded mountain slopes and past time-worn villages inhabited by indigenous people.

The Tengchong Flower Sea Marathon attracts premier runners, weekend warriors, government functionaries and celebrities because the course weaves its way through some of southern China's most beautiful backdrops. For one, the Gaoligong Mountains are one of the country's most biodiverse places. Full and half-marathon participants also pass through tiny little villages with houses dating back to the Qing Dynasty, as well as spectacular rice paddies and endless farms. And then there are the flowers. 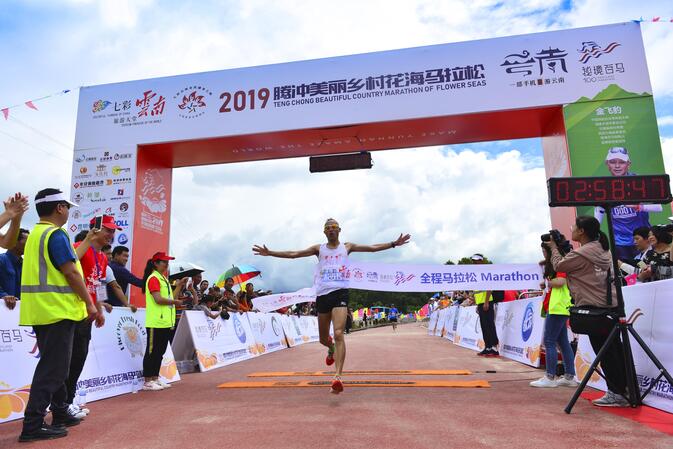 In the summer months, this part of southwest China explodes with wildflowers, creating a beautiful scene and lending this Tengchong marathon its name. The racecourse weaves its way through nearly eight square kilometers of flowering fields, forests and pastureland. The backdrop provides racers with epic views to take their minds off the fact that the entire route is above 1.5 kilometers in elevation, and at times much higher.

The Tengchong Flower Sea Marathon is organized by several government entities in Yunnan, but also by China's most famous outdoorsman, Jin Feibao. He is a veteran distance runner, world traveler and all-around fitness and nature enthusiast. Jin uses his celebrity in China to promote healthy living destinations like Tengchong, as well as wielding his platform as a famous name to encourage old and young people across the country to get outside, enjoy nature and exercise while doing it.

The Tengchong Flower Sea Marathon also represents Yunnan Province's attempts to meld tourism, healthy living, natural agriculture and outdoor sports. Moreover, just as at distance races in many places in China organizing similar marathons, the race is an effort to spur economic development for the region. 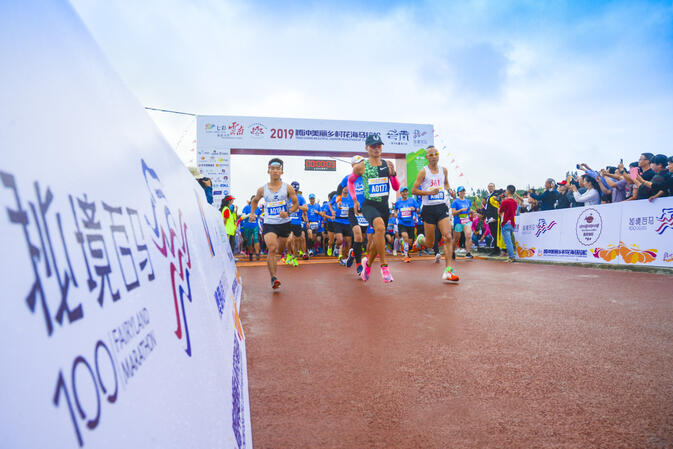