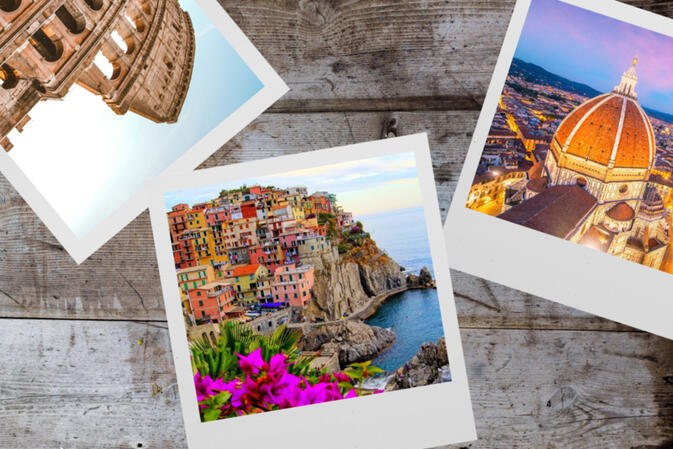 The Italian presence in Yunnan dates back at least to the thirteenth century and Marco Polo's travels. There has never been a huge contingent of yidaliren South of the Clouds. But over the past 25 or so years — especially in Kunming — it has been a notable and influential group. Looking to build and expand upon that tradition, the Consulate General of Italy in Chongqing recently announced that 2019 would be the "Year of Italy in Yunnan".

The roots of the announcement can be traced back to March of this year, when, on a state visit to Italy, Chinese President Xi Jinping announced a new sister city arrangement between Honghe in southern Yunnan and the Langhe-Roero Monferrato region of Piedmont in Italy. Both areas have been awarded World Heritage status by UNESCO.

Vice Consul General of Italy in Chongqing, Davide Castellani, and Vice Director of the Foreign Affairs Office of Yunnan, Mr Ma Jun, jointly announced the Year of Italy in Yunnan recently in Kunming. Both spoke about creating a series of cross-cultural events focusing on tourism promotion, education, the creative arts, cinema, music and food.

The third of these events is a photography contest entitled "Italy Through Your Eyes". Anyone who has traveled to Italy after applying for a visa at the Kunming Visa Service Center, or are planning to do so in the coming summer months, is eligible to participate.

To enter your photographs of Italy, simply send an email to stampa[dot]cq[at]qq[dot]com with the subject line "Italy Through Your Eyes Contest" ("光影瞬间:你眼中的意大利" for Chinese speakers). A maximum of three photos per entrant are allowed and emails must contain your full name, telephone number, visa sticker number (obtained at the Kunming Visa Service Center) and a brief description of the photos. Entries must be submitted before August 31, 2019, and winners will be announced in mid-September.

First prize consists of a trip to Italy for one, including a return flight to Kunming. The winner will choose from a seven-day itinerary either to the country's south (Pompeii, Naples, Sorrento and Amalfi) or the north (Milan, Venice, Cinque Terre and Tuscany).

The contest's runner up will win a one-day visit for three to Rome and Siena or San Gimignano, Pisa and Florence. Third prize is the same, except for two people instead of three. These are tours only, and do not include flight or hotel costs. The award for fourth and fifth place are both vouchers for Cantina Wine & Chat in Kunming — with a value of 588 yuan and 398 yuan, respectively.

A one day visit to three (or is it five) cities sounds very Chinese :) . Will there be time to get off the bus for lunch?