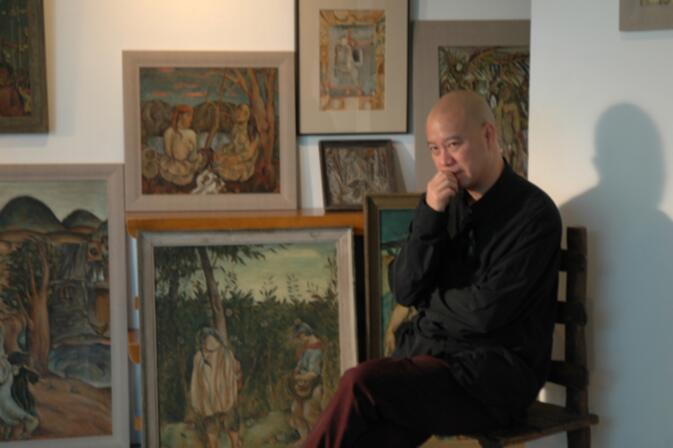 Chinese artist Ye Yongqing (叶永青) made headlines across the country over the past week, and not for a good reason. He stands accused of plagiarizing and outright copying the work of a European artist for almost three decades, amassing a reputation as a virtuoso — not to mention fortune and fame — along the way.

The allegations were leveled by Christian Silvain, a Belgian artist who is best known for his work in the medium of collage. He says Ye's work came to his attention when a gallery curator contacted him to verify the legitimacy of a piece. "When I saw it myself, I knew immediately that something was wrong," Silvain told Belgian media outlet Het Laatste Nieuws.

The work in question was not his, although the resemblance to some of Silvain's artworks was striking. After extensive digging, Silvain and an associate turned up several more examples of what they refer to as "flagrant" plagiarism. For his part, Ye released a short statement saying he was trying to reach out to Silvain personally because, "this is an artist who has had a deep influence on me." 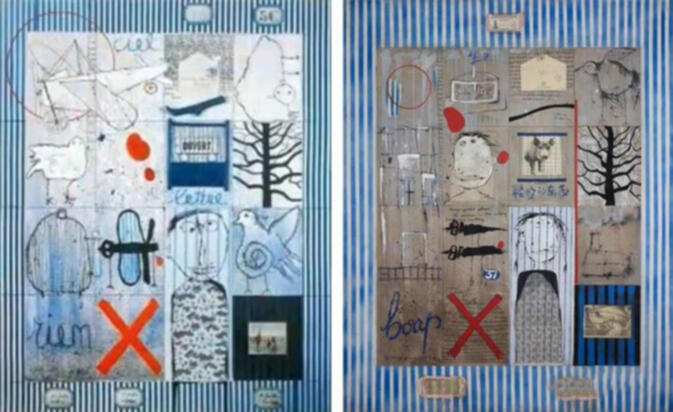 One of Christian Silvain's work on the left, one of Ye Yongqing's on the right

Ye was born in Kunming in 1958, and would go on to study oil painting at the Sichuan Academy of Fine Arts. His early works focused heavily on ink and paint portrayals of animals, especially birds. Considered a seminal member of the Southwestern Art Group, in the early 1990's Ye helped fund and set up the Upriver Club in Kunming, one of the first contemporary art spaces to appear in post-Mao China.

Ye's art evolved over the years to include works influenced by European masters Henri Matisse and Paul Gauguin before he delved into the realm of collage. His pieces in this latter category — many of which bear a striking resemblance to Silvain's — have sold at auctions in Hong Kong for more than 400,000 US dollars.

Silvain has not announced any plans to sue, but he is working to get art auction houses such as Christie's and Sotheby's to stop selling Ye's works. Exposing what he deems "copies", he says, is done out of a sense of integrity. Quoted in Het Laatste Nieuws, Silvain explained:

I don't have to do it for the money, but I do find it frustrating. It's as if the art in itself has become less important than money. Should I get the money back that Ye Yongqing has earned with my work, I would donate it.

well. how is that said in french: quelle surprise (?)

ai ww had this company in berlin: .fake cultural develolment. great name he came up with, even though he is a 白左

what a disaster for a great culture

Ai Weiwei a 白左？ Are you sure you know what you're talking about? Do you even know what 白左 means?

Furthermore it's a term used by the sort of racists who happily throw about words like 黑鬼 etc. Why am I not surprised you use it?

who else would have welcomed that nuisance than berlin.

my total support for beijing for bulldozing his house

Listen Pepe the Frog. Why don't you go back to 4chan where you belong?