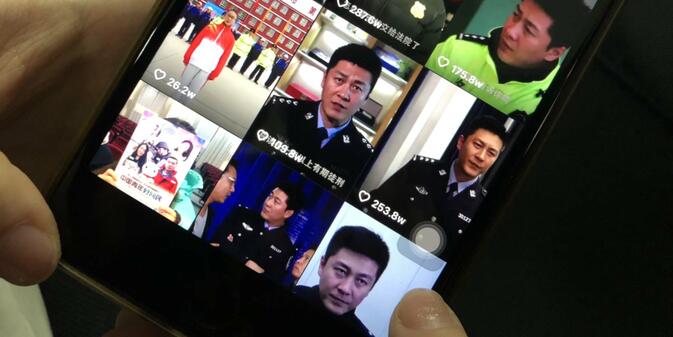 Short-video app TikTok has a reputation for being beloved by young people the world over, but it's also surprisingly popular with Chinese police officers.

In early January, China Police Network — a news portal run by the Ministry of Public Security — announced that 175 new TikTok channels had been created by police stations, SWAT teams, traffic police and prisons in the month of December, bringing the country's grand total to nearly 1,200 such accounts. That month, they churned out over 13,000 videos attracting a combined 4.8 billion views.

Since June of last year, China Police Network has kept a monthly tally of the most popular law enforcement accounts and videos on TikTok — or Douyin (抖音) as it's known in China. While police in other countries have plugged into social media and cultivated fan followings on platforms like Instagram and Facebook, their Douyin-loving counterparts in China stand out in terms of scale and the wide range in both quality and content of their videos.

The January post mentions a comedic clip made by an account called Shishou Public Security that received over 800,000 likes. The video depicts a middle-aged woman tearfully describing her myriad contributions to the economic empowerment of women as mournful music plays in the background — before the camera flips to police officers unmasking her as the madame of a brothel.

The article also congratulates Siping Police Affairs for becoming the first police account in China to eclipse 10 million followers and praises the success of police hashtag campaigns such as #SayNoToDrunkDriving.

Since its launch in China in September 2016, and its expansion to international markets as TikTok a year later, Douyin boasts around 800 million downloads worldwide. The platform's premise is simple: Users create and share 15-second videos, some of which wind up going viral. The police presence on Douyin has yielded a manic mix of content, from humdrum notices of arrests and other official business, to reposts of pandas at play, or original comic sketches with didactic denouements. 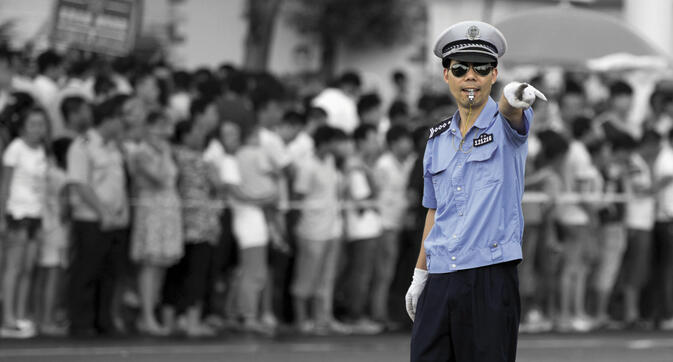 So what are Chinese police departments doing on Douyin, anyway?

As Douyin's popularity peaked in early 2018, a wave of government departments dealing with law, culture, tourism, and public security began creating their own accounts. In May, there were around 200 government accounts on Douyin. However, by the end of the summer, there were close to 3,000. Douyin began actively courting official participation in August, initiating its 'Government Account Growth Plan' to raise public interest in such accounts and train those who run them to create higher-quality content.

Today, Chinese law enforcement bodies use Douyin to publish videos, publicize campaigns, and even hunt down suspected criminals. In May, a video of a police squad training to a dramatic soundtrack received over 2.5 million likes in under 12 hours. In September, a division of the Public Security Administration announced that 170 local cybersecurity offices would create their own Douyin accounts, which netizens would be able to use to directly report illicit web content.

When government-affiliated Douyin accounts launch, their stated aim is often to dispel rumors or to "spread legal knowledge". Authorities in the eastern province of Shandong have said they hope to use Douyin to convey the "sacrificial spirit" of police work, while the government of Kunming, the provincial capital of Yunnan in southwestern China, believes such official accounts can "reduce the distance between the government and the people".

Government departments have even encouraged staff to create their own content independently. In November, a police department in the central province of Hebei held a competition called "I'm the King of Douyin" to see who could get the most video views and likes. On China Police Network's monthly popularity list, you'll find a handful of "celebrity officers" ranked among the accounts of local bureaus.

Towering above its peers, the Siping (四平) PSB account seems to have found the right recipe for a successful Douyin video. Police in the chilly northeastern city produce slickly scripted skits highlighting legal and public safety issues. These include scams, drunk driving, drug abuse and theft. Each video features the same three characters — Uncle Dong (played by a real police officer) and two lawbreaking miscreants (played by civilians). One video admonishes citizens not to report false "emergencies" by showing one of the bad guys calling the police because his character in the video game PlayerUnknown's Battleground keeps getting attacked and shot at.

While many netizens see police bureaus and other government departments creating Douyin accounts as fun and even helpful, the phenomenon has also raised a few skeptical eyebrows. In June, state-run newspaper Legal Daily warned that the quirky videos could trivialize police work, violate suspect privacy rights or compromise cases by inadvertently leaking information.

Meanwhile, others online say Douyin could distract police from fulfilling their duties. In December, two officers in the eastern province of Anhui were reprimanded for posting videos of themselves with superimposed clown-face filters during work hours.

Still others argue that the trend of government departments joining social media should be strongly encouraged, if not compulsory. In November, a Party-affiliated WeChat account said that, given the hundreds of millions of people who use short-video apps like Kuaishou and Douyin, official entities have an obligation to use such platforms to communicate with the public.

"As we innovate our means of communication, it's OK if it starts out bad and then improves," the article read. "It can be slow, it can be fast — but for government-managed media not to enter this domain at all would be tantamount to dereliction of duty."

Editor's note: This article by journalist Kenrick Davis was originally published January 18, 2019 on website Sixth Tone. It was edited by David Paulk and has been adjusted to fit GoKunming's format. 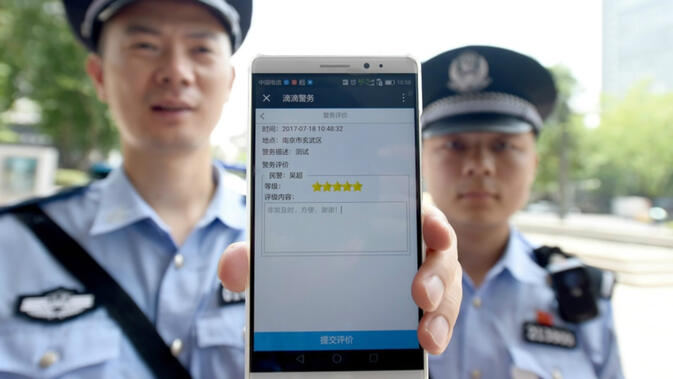 Everybody wants to be a star. Jeezez.