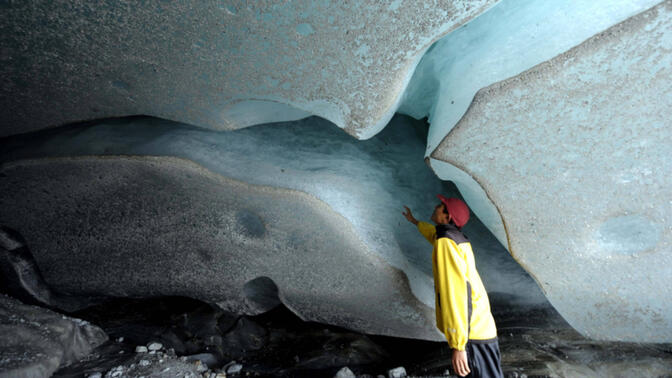 Glaciers across the world are disappearing at an alarming rate, but one in Yunnan province is melting faster than most. The largest glacier on Jade Dragon Snow Mountain in Lijiang Prefecture is shedding water so quickly that it is retreating up the massif slopes at a rate of 27 meters per year, according to a recently released research paper.

The findings by a team of Chinese climatologists and geologists were published by scientific news outlet Science X. The group from the Yulong Snow Mountain Glacial and Environmental Observation Research Station focus their research on a glacier named Baishui Number 1. It has long been known to be decreasing in size. GoKunming covered this story back in 2009, but it appears the situation has worsened significantly.

Nine years ago, the Baishui glacier — which sits perched 25 kilometers north of Lijiang Old Town — was retreating at a rate of around 12.5 meters each year. Over the intervening decade the process has more than doubled. Researchers now believe the glacier has lost "60 percent of its total mass" since serious monitoring first began in 1982. 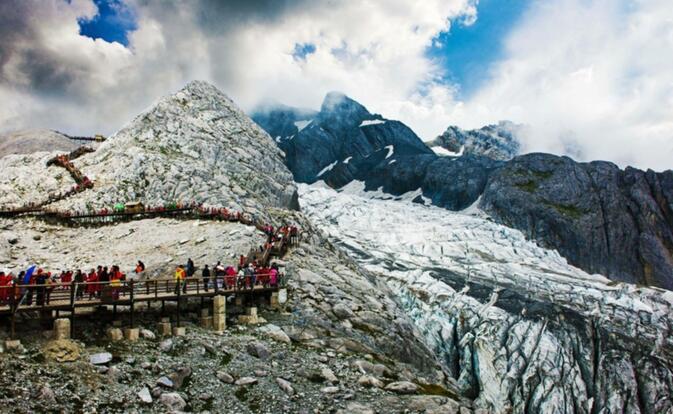 As far as rivers of ice in the northern hemisphere are concerned, Baishui Number 1 sits fairly far south. Its latitude is the same as large swathes of the Sahara Desert, a position somewhat neutralized by the glacier's elevation of 4,680 meters above sea level. Nonetheless, simply because of its position, Baishui — referred to glaciologists as a temperate glacier — is more susceptible to human-driven climate change than others sitting higher up in places like the Himalayas.

The glacier sits atop the eastern slopes of Jade Dragon Snow Mountain and is an enormous tourist draw. In May 2018, local officials limited the number of people who could visit Baishui to 10,000 per day. They also banned walking on the glacier. Ticket revenue collected from cable car rides and scenic area entry vouchers topped 400 million yuan (US$57.7 million) in 2017, when 3.7 million people visited the steadily shrinking mass of ice and snow.

What the visiting millions may be unaware of is that when they come to Jade Dragon Snow Mountain they are witnessing the slow demise of a vital natural resource. Lijiang sits on the far eastern edge of the Himalayan range and provides a vital window on the fate of other, larger glaciers — often referred to as the 'Third Pole'.

Meltwater from the region creates to some of the largest and most important rivers in the world, waterways that provide fresh water, food and livelihoods to billions of people. Baishui Number 1's accelerating retreat, it seems, is yet another bellwether indicator for a planet already inundated with them.

Sad but not surprising.

That will leave a lasting 'Impression.' 玉龙雪山印象丽江 pun intended.

I have witnessed the glaciers of Tibet growing and F Kingdon Ward said about the Yunnan glaciers melting in 1915 or something like that.