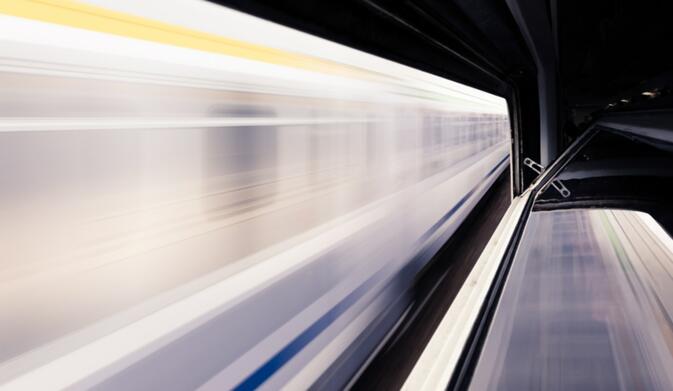 If patience is a virtue, then the architects of China's southwestern development strategy are saints. Last week, a high-ranking diplomat floated the notion of building a high-speed railway connecting Kunming with the Indian city of Kolkata. The idea is the latest in a 20-year series of similar schemes designed to bring closer the economies of the world's two most populous countries.

The issue of creating the nearly 1,800-kilometer bullet line between the cities was discussed by China's consul general in Kolkata, Ma Zhanwu. He told reporters that if built, "It would only take a few hours to reach Kolkata from Kunming". Cost, environmental impact and the necessity of such a project were left undiscussed by the consul general.

However, Ma's comments represent more than idle daydreaming. A "multi-modal transport and trade corridor" connecting the two cities was first proposed back in the 1990s by Bengali economist Rehman Sobhan. Since then, the idea has taken on many guises, the most recent being the Bangladesh-China-India-Myanmar Forum for Regional Cooperation — otherwise know as BCIM.

The idea of adding a bullet train line into the mix is perhaps a subtle way for China to rekindle interest in an idea that has historically found difficulty gaining traction. While BCIM proponents argue the corridor would stimulate trade among the four involved countries, the organizational details have proven sticky.

Sino-Indian relations are often frosty at the best of times, and until now, India has refused to allow Belt and Road projects inside its borders. Attitudes may slowly be changing on that front, but complicated logistical challenges exist elsewhere. One major issue is that the designed course of the BCIM passes through portions of eastern Myanmar that have experienced various levels of civil war for decades. Not only is the region beset by conflict, but it is also largely devoid of high-quality roads, reliable power generating facilities and much heavy or light industry.

This says nothing about the Myanmar government's willingness to cooperate with Chinese aspirations. Over the past several years, Naypyidaw has exhibited both willingness and reluctance when it comes to loans and investment offers proffered by Beijing. Most recently, the Burmese appetite for debt-laden infrastructure offers has reportedly diminished significantly.

All of this aside, China continues to build as if the BCIM will one day come to fruition. Work on a high-speed railway connecting Kunming to the border city of Ruili — dubbed the 'railroad from hell' — began a decade ago and is expected to be finished sometime after 2022. Ruili would provide the international gateway for BCIM traffic, rail and otherwise, flowing west toward major cities in Myanmar, Bangladesh and India.

But those ambitions represent only one part of a larger Chinese idea that imagines Kunming as a railway hub connecting South Asian markets to those across Southeast Asia. Ma Zhanwu's comments about building a high-speed line to India may seem premature viewed in the light of current circumstances, but they may also symbolize China's demonstrated comfort with playing a very long game when it comes to its regional ambitions.

Given the rock throwing spat over the Chinese and Indian border, I'm glad this BCIM project supersedes all lingering land disputes.

Both countries have their eyes on of the bigger prize: Xi's Khan-like Belt and Road Initiative, and India's golden opportunity to link up from Myanmar's Mandalay all the way down to Singapore, a sought after destination for Indian migrant working class. Politics connecting new roads.

It ain't gonna happen. No way!

His excellency Win Myint will hedge their position against the U.N. by succumbing to the Belt and Road cooperation.

even authoritarians can build bridges, instead of walls

Building bridges can be perceived as erecting walls from another perspective.

In the case of China-Pakistan Economic Corridor (CPEC), which is not in India's best interest. India would much rather Pakistan continue its backward path as an isolated, breeding ground for Islamic extremism. CPEC is the main reason why India has rejected China's Belt and Road Initiative.

With proposed injection of USD10B by Saudi Arabia as the third investor to CPEC, India is in a quandary of being left out from the party.

Did I not call this?