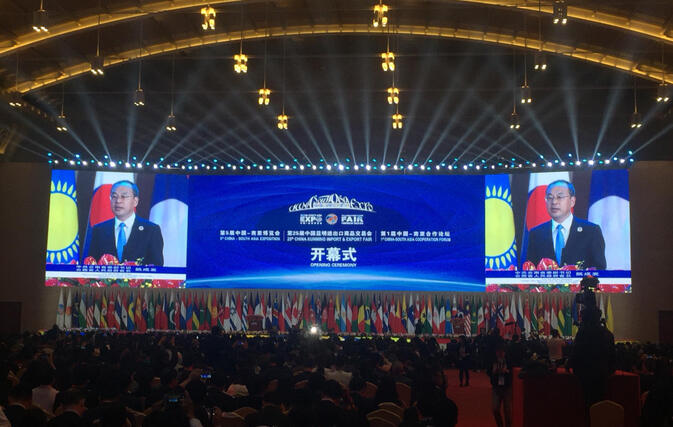 Nearly 4,000 businesses from across Asia and the wider world are descending on the Spring City this holiday weekend for the fifth China-South Asia Expo (CSA Expo). The ambitious event is projected to build on the successes of previous years' expos, attracting new business deals and investments to Yunnan province.

While the first day of the expo was reserved for government officials and professional buyers, the event is now open to the public June 15-20. It is being held at the purpose-built Dianchi International Convention and Exhibition Center, which features 19 sprawling themed pavilions showcasing products ranging from textiles and jewelry to pharmaceuticals, software and aged ham.

In addition to the usual varied program of conferences, this year the organizers are drawing attention to the first ever China-South Asia Cooperation Forum, a new platform for policy dialogue, investment and trade. The intergovernmental symposium is an example of the conversations taking place around China's Belt and Road Initiative (BRI).

The signature creation of President Xi Jinping's time in office, the BRI aims to bolster economic ties between China and dozens of other countries, many of them developing. In Yunnan, the focus of BRI efforts center around Southeast Asian countries, using Kunming and the annual expo as a gateway. 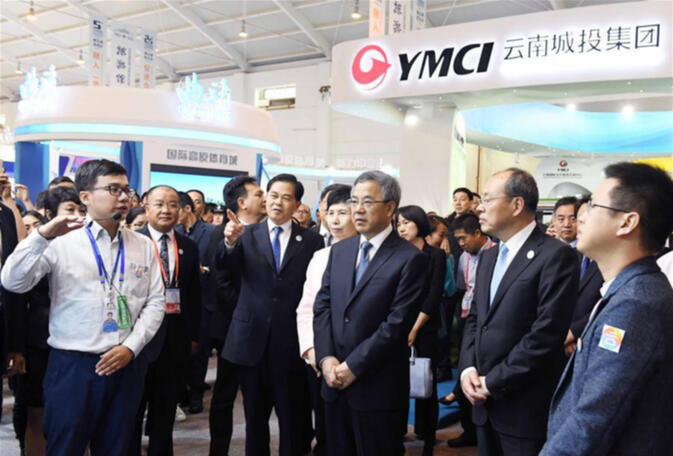 Each year, two countries are awarded the status of 'host' and 'featured' country at the CSA Expo. Both are given a outsized pavilion to display their products, industries and investment opportunities. This year's selections reflect one aspect of the current focus of Chinese foreign policy. The featured country is Afghanistan, a decision in line with Xi's recent call for increased cooperation between the two nations.

China's relationship with this year's host country, Myanmar, has been wrought with difficulties in accomplishing BRI-related infrastructure projects. In past years, Myanmar's government has opposed or delayed certain deals for construction within its borders. But now that Myanmar is losing favor in the west, China is the one of the only international powers offering the smaller country its support. As a result, talks over enormous infrastructure investment programs seem to be moving forward.

The impact of the expo can be felt all over Kunming. Advertisements line the streets, and a clean-up operation has been underway for the past week in order to create a more comfortable environment for visitors . The Public Security Bureau has also set up a no-fly zone above the exhibition center for drones and other small, unmanned aircraft that will be in place for the duration of the expo. Despite the extensive planning that goes into such a large event, organizers have run into last-minute difficulties such as the challenge of attracting enough foreign visitors.

Nevertheless, this year's expo promises to be even grander and more lucrative than ever before. Business deals and foreign policy aside, visitors can look forward to a week-long multicultural art festival featuring photography, sculpture, dance performances and more. A food pavilion at the CSA Expo will give visitors a taste of domestic and international cuisines that previous incarnations have sorely lacked. More information on ticket pricing and the event schedule can be found on the GoKunming Calendar page.

Afghanistan featured - well, yeah, business and government connections, of course, but at least China has never sent troops to 'help out' the Afghans. Best wishes to everybody.

Not yet anyway. China seems to prefer the Talban.

Thanks for the link, Geezer. Interesting. Still, Ashraf has also been smart enough to talk to the Taliban, and you can't blame problems in Xinjiang on the Afghan state. The thing in Badakhshan, however - well, I don't know, but I really think the Afghans have much bigger problems - as they have had for 40 years now - and that none of them have involved China.

China and Afghanistan share a short border on an ancient trade route. China has closed the border and is resisting Afghanistan's requests to reopen it. Related to the Uighur problem it is said.

This may be an ignorant question, but what does the "belt" in the "Belt and Road Initiative" actually mean? It's an odd name at best...

I think of it a bit like an open belt, a strip or swathe. Or if the roads are the lines of communication/trade, then the area of influence (political/economic) along the road is the belt, Others may see if differently.

Belt - an area characterized by some distinctive feature (as of culture, habitation, geology, or life forms); especially : one suited to a particular crop the corn belt

They needed a name that was suitably vague but easy to remember. The thing that needs to be done is to figure out what this really means in terms of the hundreds of millions of people that it will affect.

What it could mean would have been figured out long before they embarked on the initiative.