Down Under in Kunming: An interview with restauranteur Charles Bluett 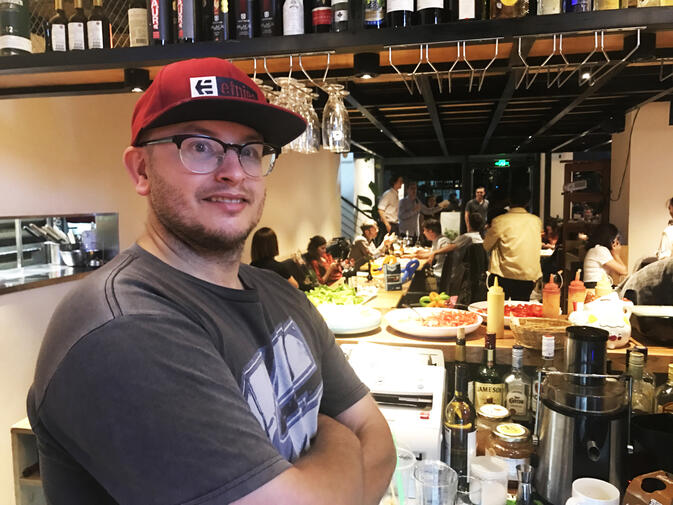 Charles Bluett is the be-hatted owner of Ozzie's (考拉), an Australian-style restaurant located in the Banzhu Cuiyuan (版筑翠园) mixed-use development area. He opened the eatery four years ago with his wife under the name Great Australian Bite, changing the moniker in 2017 after renovating. Bluett also runs a beer and wine distribution company with a focus on Australian products and, when there's time left over, has a private internet consultancy business on the side.

Bluett found time recently to sit down with GoKunming just after helping to organize an extremely successful fundraiser for parentless infants in Kunming. Our talk focused on how doing business here in the Spring City has changed over the years. We also covered the complexities of sourcing proper ingredients and how the city's endless developmental sprawl creates business challenges that didn't use to exist. 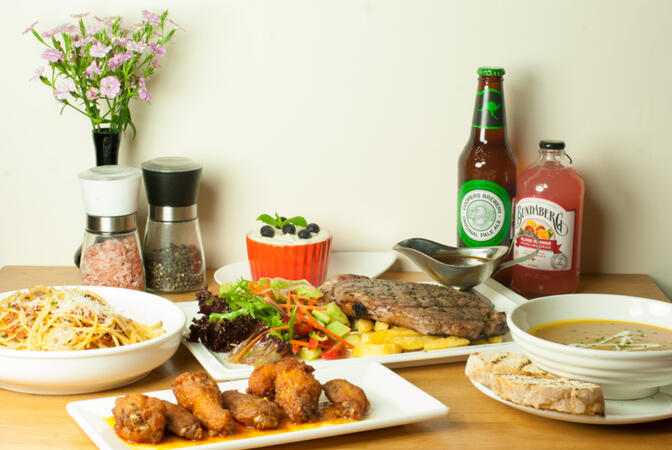 GoKunming: Why Yunnan? How did you end up here and what made you stay?

Charles Bluett: I sort of fell into Yunnan. Like many people, it was originally planned to be a short-term thing — a year at most. I was taking a break from corporate life with IBM back in Australia, and 12 years later and I'm still here. It's hard to identify the reasons for staying here as long as I have. The people would have to be big motivator. One thing Kunming has never lacked is interesting characters [laughs]. I feel a big part of it was due to the developing nature of Kunming. No matter what people were doing it was bound to be 'new' in some fashion. I feel that's what made the city the most attractive to me.

GK: Do you have a guiding business philosophy?

GK: So what drew you to run the type of business you do?

Bluett: The alcohol distribution company was started due to a gap in the market at the time. It was more of a right place right time sort of decision rather than a strategic plan. The restaurant was a much more thought out idea. I felt that something I was missing was really good Western food that wasn't pizza.

For instance, the only place that you could get a real steak was in a hotel restaurant, and there, the quality was bad and the prices were sky-high. I didn't want to just do a steakhouse though. I wanted to emulate the feeling of a nice local restaurant back home — nice enough to go to on a date, casual enough to have a meal with friends. Basically, create good food done with the best ingredients I could find at a price that wouldn't break the bank. 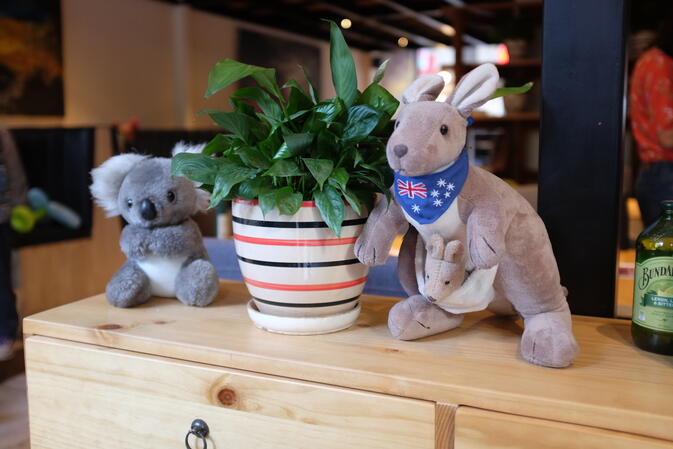 GK: Over the years of running these businesses, what's been the biggest challenge?

Bluett: 'The mountains are high, and the emperor is far away' [山高皇帝远] is a saying I've heard applied to Yunnan on many, many occasions. And I've seen the truth of it more than once. Even finding out what the actual rules are can be a struggle. But I can happily say that things are getting much better in that regard.

Kunming's location and size also often provides some interesting logistical challenges. We have to have our Australian beef flown directly from Shanghai, for instance, since cold chain management in China isn't what it could be. Kunming is neither on the way to another place or big enough in the China scheme of things to make logistics an easy problem to solve.

I spend quite a bit of my time on that one. I also have a rule of purchasing directly from importers whenever possible to secure the safest channel for the ingredients we use. Convincing someone used to selling by the shipping container to send me a few boxes of something isn't always the easiest thing. 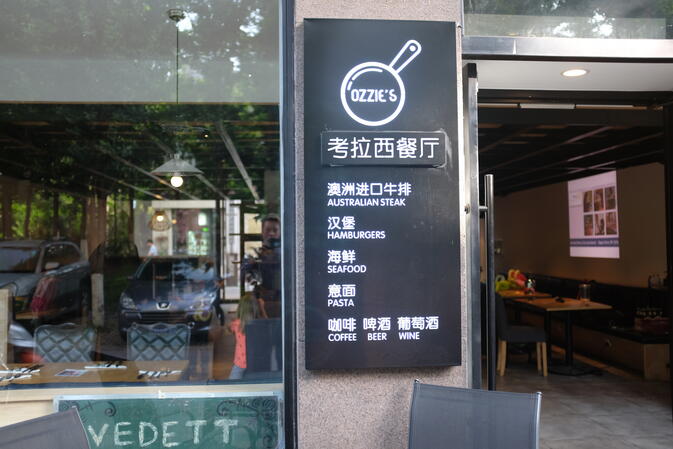 GK: With those sorts of challenges, what do you consider your biggest success?

Bluett: I think I have a long way to go before I would call anything a big success. For now, just overcoming the day-to-day challenges of doing business is satisfying enough.

GK: Tell us your favorite story from your time working in Kunming...

Bluett: I once had a couple call the police because they claimed their steak was overcooked. If I'd felt that they were even a little bit right I would have either given them the meal for free or offered a replacement. But the steak was pretty close to perfect. At the time we had a picture guide to steak doneness on each of the tables. When the police came, they agreed that it looked exactly like the picture and that the couple should pay up. It's worth noting this was on Valentine's Day.

GK: What plans do you have for your company moving forward?

Bluett: Expansion. I'd planned on opening another location this year, but will be putting that off for now. But down the line...that is a really hard one. I currently have a two year-old daughter, so more and more the decisions I make are going to be taking her into account. I can see myself making some hard choices in the coming years. 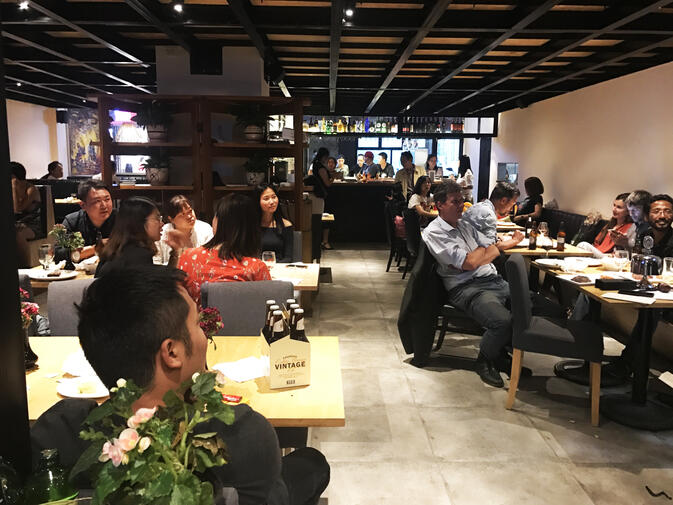 GK: What about Kunming? How do you see the city evolving over the next several years?

Bluett: Kunming is changing faster than ever, which is creating more and more opportunities. But I feel that the expansion has fractured the city a bit. It now feels like there are multiple centers that are quite spread out. I'm hoping the new subway lines will connect everything up again.

GK: You've been a member of the Yunnan Foreign Business Club [YFBC] since its inception. How has the experience been?

Bluett: Joining the YFBC has really shown the value of sharing amongst members of the foreign business community. As I mentioned earlier, navigating the business environment in Yunnan can be quite difficult and has many unique issues. Finding information online isn't always possible, as the provincial implementation of even national-level laws isn't always consistent with other parts of the country. You often have to rely on the experiences of the last person who went through the process. Being a member of the YBFC has honestly saved me days of frustration. 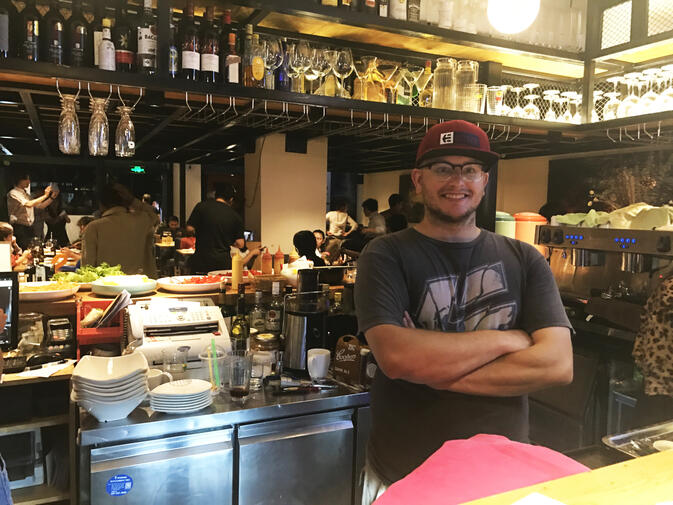 Images 3 and 4: Gerald Zehetgruber
All other images: Yang Mu

Amazing the police turned up for a (supposed) "overcooked steak"! If only they could be so efficient in catching thieves and scammers

i guess police turned up as threat of unpaid bill. seing as valentines day it sounds like diner was trying to be the big man in front of the woman. i guess he didn't get his leg over that night

I heard the story the night it happened - Charles came out briefly, needed a quick drink. Glad I don't have to run a restaurant.

Good job with the restaurant so far Charles. I have to agree that Kunming has changed a lot and that hasn't made it easy for anyone in some respects. The Sunday dinners have never failed to please. Best of luck for the future to you guys.