On the lam for 30 hours, escaped prisoner captured in Dali 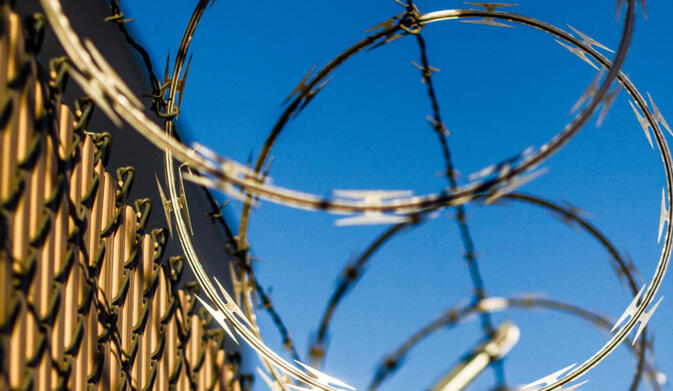 Authorities in Yunnan's Dali Prefecture have arrested an inmate following a 30-hour manhunt that spanned nearly one-third of the province. Huang Dejuan (黄德军) was scheduled to serve a suspended death sentence in Kunming for drug-related crimes when he escaped.

Details of how Huang originally fled custody are scant, as are those surrounding his eventual capture. Online accounts do report he escaped during a bathroom stop while being transported from a detention facility in western Yunnan's Dehong Prefecture to a prison in the province's capital.

The ensuing manhunt included special investigators and police officers from five prefectures. Photos of Huang, a copy of his national ID card and a terse description were circulated via television, radio, internet and through printed handbills. The announcement of his escape coincided with the release of a bulletin offering between 50,000 and 100,000 yuan for information leading to Huang's recapture.

Thirty hours after he disappeared from custody, Huang was found and arrested in a Xiaguan (下关) hotel room. No details of how he was tracked to the hotel or how he managed to get there and check in without cash or an ID have been made public.

Huang has spent eight of the past 15 years in and out of prisons in Hubei, Zhejiang and Yunnan provinces. During his career as a criminal, he has been convicted of felonious theft, battery, armed robbery and breaking and entering. His most recent arrest occurred in 2016, according to media reports, when he was caught "transporting drugs" through Jinggu County (景谷县) in southern Yunnan. The 36 year-old Huang received a commuted death sentence on March 9, 2018 and was expected to serve out a life sentence at an undisclosed Kunming prison.

News of Huang's escape is the second high-profile case of its kind in Yunnan in less than a year. In 2017, a man named Zhang Lincang (张林苍) commandeered a maintenance vehicle and drove through two razor wire fences to escape from Yunnan Number 1 Prison. He remained on the lam for nearly eight days before police captured him while he slept in a cornfield.

Will he now be put to death?

There is a fairly long legal discussion of that point (in Chinese) here:
dssbikm.clzg.cn/[...]
The overall conclusion is "maybe" although not required by Chinese law. Looks more likely he will have 5 years added to his existing sentence. If a court determines his escape involved "serious offenses" the death penalty can be invoked.

so death isn't death and life isn't life., so a definate maybe