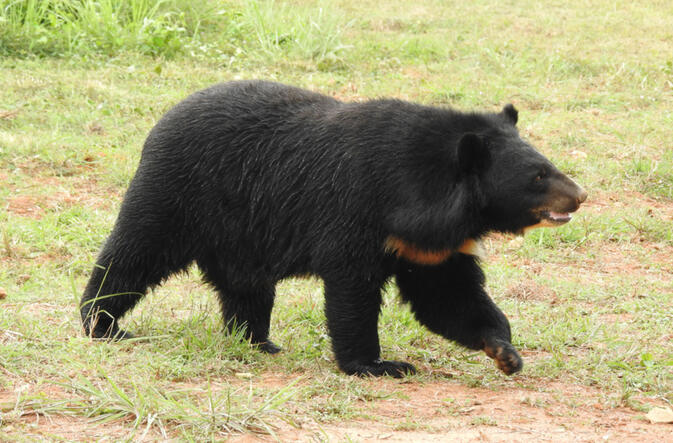 For a hotelier from Shangdong province living in Myanmar, 2017 did not end particularly well. Video of a businessman — referred to in media reports by the pseudonym Zhang Lin — shooting an Asian black bear in the head went viral just before the clock ticked over to 2018. Online reaction to the clip in China was swift, predictably angry and, according to Zhang, has "greatly affected" his life.

The video was originally shot on December 27 and uploaded to social media the next day. It was shared tens of thousands of times, with many people viewing it then reporting the killing to police under the wrongful assumption that it was filmed in Yunnan. Forestry police in Xishuangbanna conducted a quick investigation, first identifying Zhang as the shooter and then confirming the incident in fact took place in eastern Myanmar's disputed and ethnically Chinese Wa State. 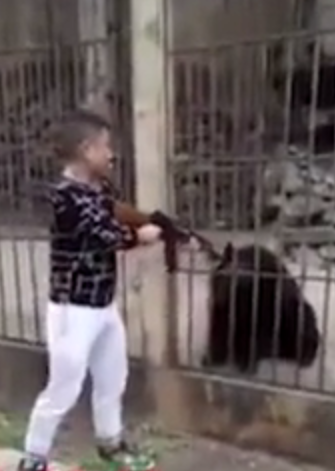 Reached for comment by Beijing News, Zhang explained that the bear was one of a pair who had recently mauled two locals. One of the animals was later captured by Burmese soldiers and slated for execution. Zhang then, in his words, "with the military's permission, shot the bear out of curiosity". The animal was next chopped into pieces that were dumped in the forest to "scare away" other bears.

Zhang also explained he was motivated to shoot the bear to show Chinese tourists that the area — where he owns and operates a hotel — is safe to visit. Somewhat contradictorily, he also claimed the episode was not to be filmed, that he had no idea who shot the video and uploaded it on social media, and that he never expected any publicity in the first place.

Following widespread online condemnation of the video, Zhang issued a pubic apology, saying in part, "The video went crazy, spreading across all of China. Now [in hindsight] it seems like a very cruel thing to have done. I feel very sorry and hope I will be forgiven". Zhang went on to say he has received multiple phone calls where people "condemned and cursed" him, and that his newfound infamy has made both of his parents physically ill as they worry he may be arrested.

Chinese law prohibits the ownership of firearms and the killing of threatened and endangered animals. Both crimes can come with hefty fines and jail sentences. Nevertheless, in Zhang's case domestic criminal accountability appears unlikely, as the shooting occurred outside of China. For its part, the Burmese military has issued no statement on the matter.

Combined, the seven species making up the Asiatic black bear family are thought to number around 50,000 individuals. Their traditional ranges span eastern Russia, Japan and much of China and southeast Asia, but all are increasingly threatened by habitat loss caused by deforestation and climate change. In China and bordering countries the animals are prized for their bile and paws, both of which are used in traditional medicine. We can now add AK toting guesthouse owners to that list of menaces.