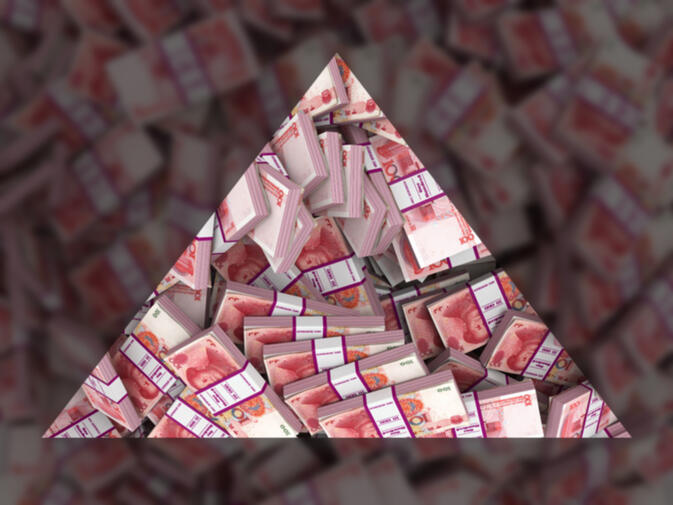 The headlines have been loud and slightly hysterical recently. The cover story of popular magazine Caixin features the gaping jaws of a great white and the words "Man Eaters" (吃人). It turns out this sort of hyperbole is not about imminent shark attacks, but instead concerns the predatory pyramid schemes — also known as multi-level marketing scams, or MLMs — sweeping across the country and bilking millions out of their hard-earned money.

Beijing recently stepped in after police uncovered scam after scam in nearly every corner of the country. Marshaling the combined bureaucratic power of the ministries of Labor, Education, Commerce and Public Security, the 'National Crackdown on Multi-Level Marketing Schemes' is effective now and runs until November 15.

Pyramid schemes designed to defraud or swindle people out of money have been against the law in China since the 1990s. They were officially criminalized following the discovery of a string of large-scale operations in 2009. Since then, similar news stories sporadically appeared and then public interest would quickly ebb.

However, over the past several weeks, four deaths circumstantially linked to separate MLMs operating in Tianjin and Shanxi came to light. The public exploded in outrage on social media, a combined reaction that may have spurred Beijing into action. Now, a November 15 report released by the government declares that the new campaign's overall goal is to "severely punish pyramid scammers and [...] establish a long-term way to deal with such scams".

Far more pyramid schemes than those connected to mysterious deaths are being uncovered on an almost daily basis. Their sheer number and diversity have led to a string of public service announcements in China designed to educate people how to identify fraudulent operations. A simplified MLM, according to Wikipedia's definition, is:

...a business model that recruits members via a promise of payments or services for enrolling others into the scheme, rather than supplying investments or sale of products or services. As recruiting multiplies, recruiting becomes quickly impossible, and most members are unable to profit; as such, pyramid schemes are unsustainable and often illegal. 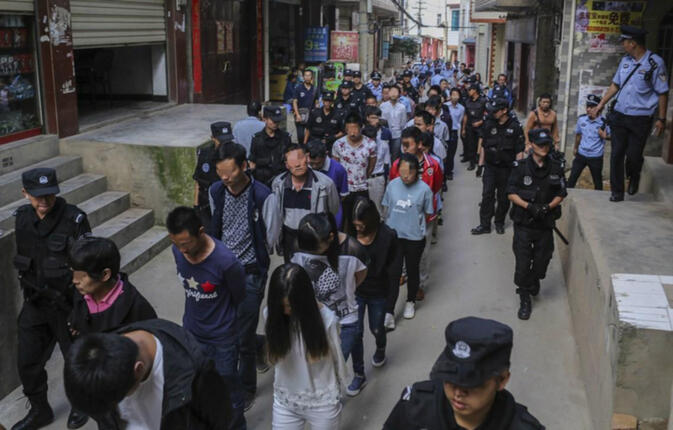 Chinese authorities have so far identified two overarching scam strategies which fit the Wikipedia definition but expand and evolve it as well. In what Chinese authorities now refer to as the 'northern' version, operators often follow a model where people invest in a shell company and then are encouraged with rewards to use their "interpersonal networks" and "direct marketing strategies" to recruit others. Meanwhile, the 'southern' model involves forced coercion, threats of violence and what the Chinese press has labeled "brainwashing techniques".

Here in Yunnan, the largest pyramid scheme broken up by police this year involved more than 1,000 people. Interested investors could join by purchasing single shares in a company purportedly selling Yunnan specialities such as jade and flowers. They were charged 3,800 yuan for each share, with a maximum buy-in of 29. Buyers were then encouraged to recruit 29 new members.

In reality, the company — despite "field trips" to government offices in Kunming meant to prove legitimacy — sold nothing. All the employees were too busy searching for new recruits, encouraged by promises of earning extra commissions from each signee. Simple math shows that if everyone involved successfully enlisted 29 new people, company investors would number an absurd 17 billion after only seven rounds of recruitment.

In the end, no one in Yunnan except the scheme's originators made any money before the police intervened and arrested dozens of suspects. And this brings everything back to the new nationwide crackdown, which must attempt to answer the question: Who is legally prosecutable in these cases? Only the original architects, or also those who actively worked to — unwittingly or not — defraud others? In Kunming, the latter would mean 1,000 defendants in a single case. Across China, well, the numbers are mind boggling.

YES - hammer these greedheads!
But it might be better to consider that societies that reward the greedy with what is considered to be 'success' are very likely to see greed proliferate, which will, in turn, piss a lot of people off, sooner or later.

Isn't the biggest one Amway?

Might be - it's big, anyway. Was present in Taiwan as early as 1992 or so, I had a couple friends who were into it.

Active in on the mainland as well. Get some of it once in a while, free of charge, trickeling down because there is to much of it ;-)

There are many MLM companies operating in around the world. Amway, Avon, Mary K, and many others operate in China. but many are not a scam. Many of them are selling products that people consume. From the article the government is clamping down on the scams that focus on growing the network only, for a promise of unachievable incomes.

Not a scam but based on the same unworkable principle.