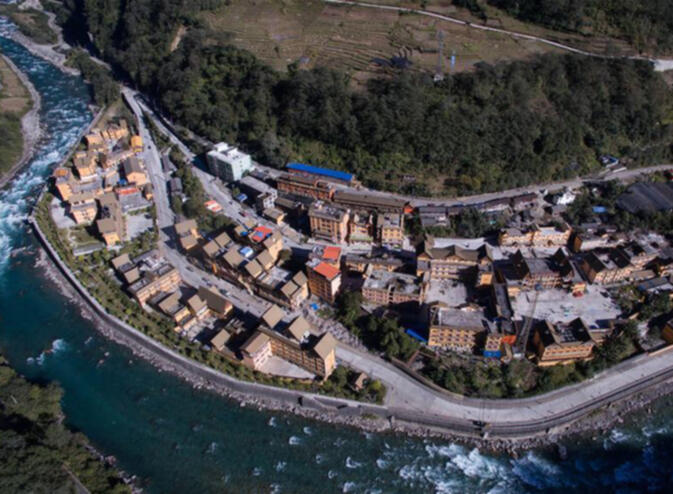 The government of a small and remote Yunnan hamlet has come under fire this week as an internal memo purportedly banning the consumption of alcohol circulated on Chinese social media. Reactions to the prohibition issued in the Dulong River Valley have been swift and denunciatory, causing local officials to vacillate but not formally withdraw the law.

At issue is a document entitled "On the People's government of Dulongjiang reaffirming the implementation of a ban on drinking alcohol within the the township". The proscription reads in part that as of July 1, "wine, liquor, beer, home-distilled spirits" and other alcoholic intoxicants will be banned in the mountainous northwestern Yunnan region "for the long term".

The aim of such a law is to "Allow people to cultivate better living habits and get rid of one of the major causes of poverty", according to a photocopied draft posted on the microblogging application WeChat. The excerpted passage explains that the ban will help decrease situations harmful to daily living, including "traffic accidents, accidental injuries, indigence and the occurrence of broken families," among others. It also borrows a phrase in common and constant use across Yunnan currently, arguing the alcohol prohibition will help raise the level of societal sophistication by helping further "civilize" the affected region.

Denunciations of the order were widespread and quick in coming. An editorial published by government-run outlet Beijing News called the Dulong law "a violation of people's civil rights" that meddles with "40 years of market economy reforms" and "unduly expands the power of the state" over its citizens. Other critiques were not quite so bombastic, instead suggesting the ban was the work of overzealous bureaucrats with good intentions.

For its part, the government of Dulong Township issued a response saying the posted report was a legitimate piece of internal documentation. However it was "not meant for public consumption" as it remains a draft measure awaiting official review.

The Dulong River Valley has long been one of Yunnan's most remote locales due to its rugged mountains and poor roads prone to landslides. During the winter months, heavy snows used to all but close off the area to outsiders. That has changed with the construction of a new road and highway tunnel, both of which are funneling tourists — and apparently new ideas for how people should be living — into the faraway hills.

It is a land mostly inhabited by ethnic minorities, and one indeed beset by serious problems including endemic poverty, poor educational standards and a general lack of resources. But it appears that the amount of social engineering surrounding the new anti-alcohol law — one with obvious social and class implications — is a step too far even in a country where such experiments are routine.

For the time being, alcohol remains on sale in the Dulong, and no one will be punished "in accordance with the relevant laws" for distilling spirits at home. Things in Dulong may well remain as they have been — from a drinking perspective at least. As the Beijing News editorial states, the sooner the prohibition on booze is stricken from the books, "the better".

I would think that bans on smoking in many environments in most parts of China would encounter similar disapproval by the majority of people, whether one considers it to be a good idea or not.

ban mixian as a major health hazard that is leading to a food monoculture for the poor citizens of yunnan who often lack food choice. and ban children from public places as their squeeking and shouting is a public nusiance.

So the Chinese institute a policy that violates civil rights and "unduly expands the power of the state" just as much as an alcohol ban (the Great Firewall), and that's apparently OK. I've also heard that some employers in China make hiring decisions based on the color of someone's skin (especially when hiring ESL teachers), and the government seems to turn a blind eye to it. The government also openly allows, if not requires, certain businesses (i.e. mobile phone companies and Internet cafes) to discriminate based on national origin. Those businesses often require a Chinese ID card to buy a SIM card or use the Internet on their public computers. The public is right to criticize the alcohol ban, but the Chinese don't care about other civil rights infringements.

The local government's logic is correct, as many people have no self control once they have had one drink. However, as we know from previous attempts at prohibition, people find ways to drink.

As you point out, Haali, prohibition doesn't work, and there is also the problem of local governments not having self control.

vote for bootlegger as mayor

don't forget that Dulong is a heavily Christian area, AND that drinking there is a serious issue. You can compare it to the droughts and the alcohol bans in both the US and in the Nordic countries in the early 20th century, when drinking had half of the country on its ass. Or Kunming.

or the christyan narrative said half the country was on its ass. maybe it is the church and their guilt trip s that are driving people to drink

Suggest the drinking is related to difficulties of adaptations to, and even of any clear understanding of, rapid socio-cultural change coming from the outside and the denigration of local culture involved, both in objective terms - insecure sense of identities, commoditization, new irrelevance of traditional cultural understandings, etc. Doesn't exactly strike me as mysterious. Religion, including 'new' religion, can play a part in this, either aggressively or defensively, but usually a bit ambiguously, a bit of both.