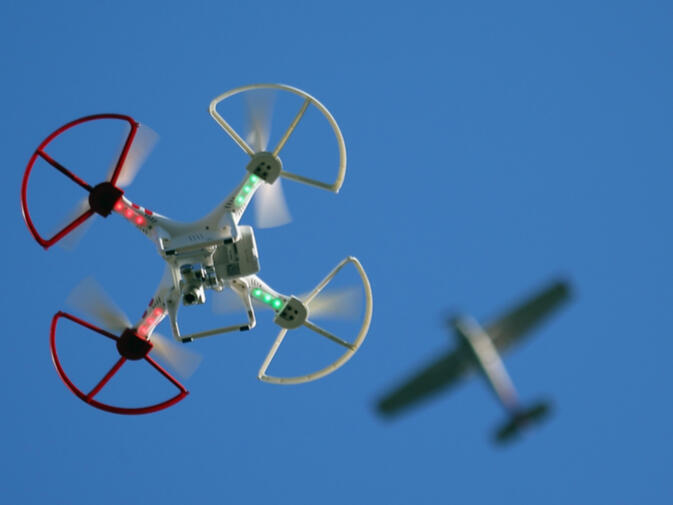 Every airport in China is surrounded by a no-fly zone barring all manner of human-deployed airborne objects. Nevertheless, careless or misguided people do sometimes violate these regulations. Exacerbated by the public's increased use of drones, the problem has been growing more acute, especially around Kunming Changshui International Airport in Yunnan's capital, according to a Xinhua report.

In response, the municipal government issued new guidelines this week featuring stricter penalties and greater fines for people found to be "endangering public safety" at or near the airport. The legal provisions stem from two clusters of drone activity at what has become China's fifth busiest airport.

Both series of incidents occurred over national holidays. The first was during Spring Festival, when civilian-flown drones entered the airport's no-fly zone "four or five times" but did not disrupt takeoff and landing schedules. The second instance took place over the recent May 1 Labor Day holiday, when drones crossed into Changhshui airspace on six different occasions.

The recent "black flights" combined to divert 28 inbound flights, delay takeoff clearances for ten others, while inconveniencing roughly 6,000 travelers. At one point, a drone reportedly flew within 60 meters of an airliner preparing for departure.

China currently has no comprehensive legislation regulating drone activity outside of vague 'Interim Provisions' issued nationally in 2015. However, under the new regulations issued this week, Kunming law enforcement officers are now allowed to detain those suspected of operating "drones, kites, model airplanes and other airborne objects" within the airport no-fly zone. Fines for such activity — which used to range up to 1,000 yuan — have been raised to a maximum of 100,000 yuan, and can now be accompanied by up to 15 days in jail.

Additionally, Changshui air traffic control is updating its radar capabilities with instruments capable of identifying flying objects as small as recreational mini-drones. Airport authorities had previously turned to the general public for help, setting up a tip and reward program in February for those providing information useful to police. Despite such outreach programs, no suspects have been identified in connection to either the Spring Festival or May 1 drone flights.

This may help, at least at the airports. 'Real name registration' to go into effect for all drones over 250 grams: