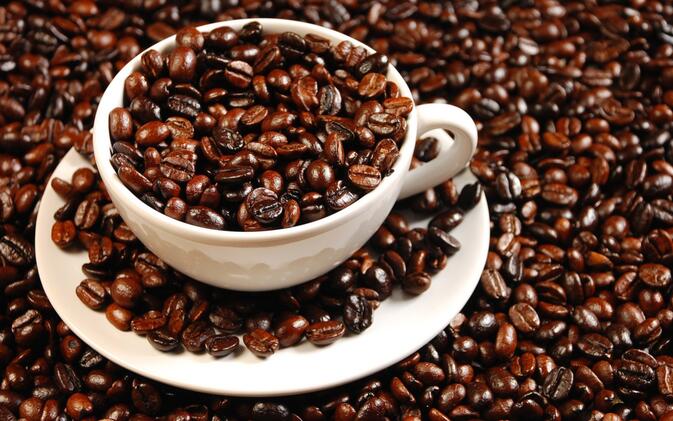 Farms across the southern reaches of Yunnan province combined to grow 50 percent more coffee beans in 2016 than in the previous year. The jump in production — and subsequent mini-glut — mirrors previous market expansions in similar cash crops, including Pu'er tea and rubber.

Together, smallholder family operations and corporate plantations, sold 100,000 tons of beans last year — mostly for export. But while the production increase was impressive, it came at a time when world coffee prices have stagnated. There was no commensurate 50 percent rise in profits, and coffee growers, despite sizably greater harvests, reaped an average profit growth of only 15 percent, year on year.

Nonetheless, the industry in Yunnan — centered around production bases in Baoshan (保山), Dehong (德宏) and Pu'er (普洱) — is now collectively worth 3.25 billion yuan (US$472 million) annually. Such output is making coffee cultivation one of the more lucrative agriculture niche markets in the province. Roasted beans sales saw the strongest increase in demand, with export values surging by a factor of eight when compared to 2015 numbers.

A spokesman for the provincial Inspection and Quarantine Bureau (云南检验检疫局) credited increased orders for roasted beans to growing demand from outside of China. Streamlined customs practices and expanded logistical options in the province, coupled with steadily improving bean quality, have made demand for Yunnan-grown coffee, especially in European markets, grow dramatically.

Five years ago, economists were enthusiastic Yunnan's coffee industry showed the potential to quadruple in size in a short time. That has yet to happen despite government subsidies and state-funded start-up and training grants for family farmers. Sky-high expectations may have been tempered by previous and ongoing agricultural experiments by southern Yunnan farmers with rubber trees and high-end teas.

Once seen and marketed to farmers as panaceas, these two products — and coffee as well — are prone to volatile domestic and international turns in the market featuring the possibility of both staggering profits and disastrous downturns. However, with a Yunnan-branded coffee by Starbucks and a Nestlé-funded coffee training center in Pu'er, the province may be slightly insulated from huge market swings.

Excellent. I'm not too sure what those Nestle's people may have been telling them - not my favorite company - but gone through plenty of good coffeebeans here over the years.

so your not gonna give all the reasons why monocultures are bad and the loss of natural jungle and the impact on those who relied on jungle fruits to live???

@ Dazzer: Not at the moment, but monocultures are a problem.

My point was just that I like the coffee.