Provincial authorities get serious about poverty 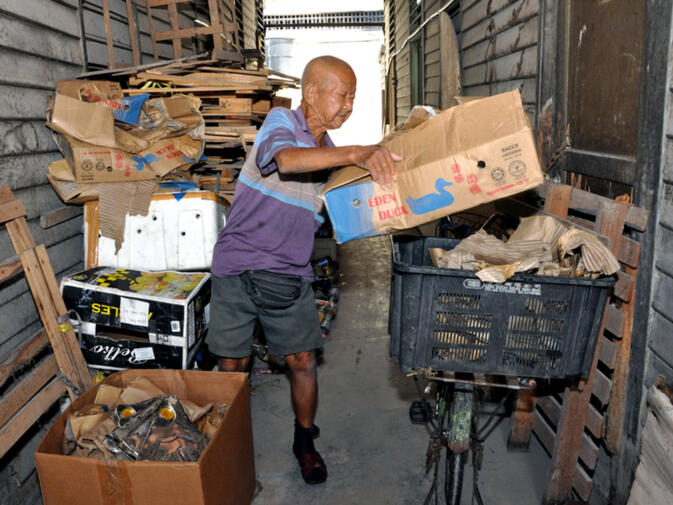 A poverty alleviation goal set last year by President Xi Jinping has been given serious attention at the national level. However, here in Yunnan — which has some of the highest rates of indigence in the country — progress is not moving quickly enough, according to a government audit. In response, more than 1,000 bureaucrats have been fired or otherwise punished for gross incompetence over the past few months.

At the beginning of 2015, Xi visited Yunnan and stressed the need for rapid and concentrated efforts to end some of the most extreme cases of poverty in China by 2020. In Yunnan, corresponding campaigns began, work groups formed and more than 40,000 bureaucrats across the province got down to the business of finding ways to help the poor. Except when they didn't.

Conflicting reports peg the number of people living on less than one dollar (6.65 yuan) per day in Yunnan at between 4.71 and 5.74 million. Under the vaguely structured aid plan, groups of local government officials overseeing some 4,000 "poverty villages" were expected to cut the number of people living in such conditions dramatically. In many cases, no specific monetary allocations or suggested courses of action came from on high, and cadres had to brainstorm their own plans.

It appears the vast majority measured up to expectations over the intervening months. However, 1,117 have been singled out in a report first published by China Youth Daily as being "incompetently lazy" or otherwise woefully inept. Charges leveled in the editorial include officials living outside of their personal jurisdictions who visited their constituencies less than once a month, as well as those who "talked the talk without walking the walk".

Provincial Party Secretary Li Jiheng (李纪恒) has formed a task force in response to the recent spate of firings, which at times works with alacrity. In some cases, such as in Xiangyun Village (祥云村) in Dali Prefecture, a group of cadres were relieved of their jobs and replaced in the span of five days. The situation, according to Secretary Li, is a "litmus test" for the province, and the firings "not only affect...the mandate of tackling poverty, but also impact the image of the Party and the government".

This newest effort to help those most severely affected by poverty in Yunnan has taken many forms both large and small. The most high-profile include infrastructure projects and increased spending on education approved by Beijing. It now appears the small actors in this push will be held increasingly accountable as well, spurred on by President Xi's appraisal 17 months ago that there "are only five to six years left for us to complete the building of a moderately prosperous society in all respects. Time will not wait."

This is all a bit unclear but seems to be a move in the right direction.

I'd probably just give the poorest people a lump sum of money to invest as they see fit. If they waste it, they will stay poor (and deserve to). If they invest it well, they can break out of the poverty trap. I can't see that kind of policy being popular with officials though - not much room for siphoning off money to themselves/family/friends.

@ Haali: I'm suspicious of official money-handling in the name of the poor as well, but I think maybe you misunderstand the problems that the poor have in handling money in an exploitative society, and their unfamiliarity in doing so - so I don't buy "and deserve to". Seems to me that education is something that, if someone gets it, it can't be taken away or lost in unequal competition with those who have more in terms of cash, ownership or power.

@ Haali: I mean I don't necessarily buy the "and deserve to".

Interesting article. My thought is that money might well work this way, but that perhaps a god way to handle the situation is to make such gifts dependent on the recipients' keeping their kids in school - after all, the kids don't deserve to be hampered by their unequal starts in life just because their parents do this or that with the money. Such an approach has been tried, on a very small scale and with small amounts of money, in Yunnan, and has been successful in keeping the kids in school.