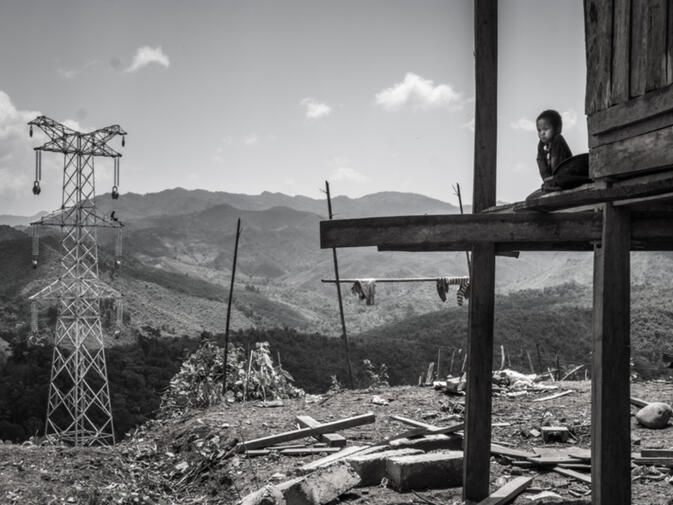 We followed this new power line construction from Na Mor, in Oudomxay Province, all the way to the Ou River. It will ostensibly connect the cascade of seven new dams on the Ou River to the electricity grid of SE Asia (photo credit: Kyle Seewald Hemes)

What would Daohu think? This question stuck with us through the days and weeks after meeting such an ambitious and inquisitive Hmong youth, at 1,000 meters on the side of a mountain, without a place to stay for the night. We were seated in miniature plastic chairs, eating cucumbers — the only alternative to the ubiquitous processed Chinese snacks sold in rural roadside shops in northern Laos — waiting for the village headman to return from an upland rice field.

We planned to explain our journey and request to spend the night in the village. As the engorged tropical sun descended over the hill, it started to appear that the headman may be sleeping in the field for the night, a common practice when one's upland plot is kilometers from the village.

We approached some folks outside the village shop to inquire about a place to stay. There was hemming and hawing, various forms of 'I don't know' and 'We don't have rice'. We offered to pay, of course, as we always do when burdening a local family, but no one wanted to make a decision about the smelly foreigners on bikes. Then Daohu came by, overheard the conversation, and invited us in. Just like that, we had a Hmong house in which we could hang our hammocks for the night. 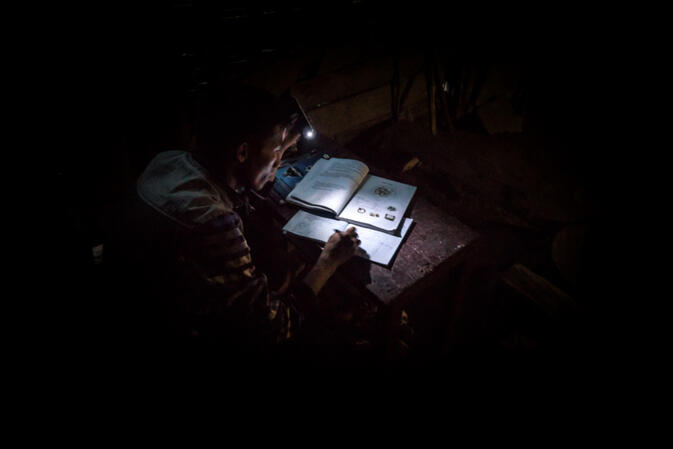 A man does his homework by the light on his cellphone in the remote Hmong village of Ban Sam Soun, Laos. This village has no running water or electricity, yet is located on a paved road next to power lines (photo credit: Will Stauffer-Norris)

The Hmong are an upland people that can be found throughout Southeast Asia, often inhabiting the highest elevational gradient, engaged in shifting cultivation on the painfully steep hillsides that are all that exist in the high uplands. Daohu was especially inquisitive, showing us some snapshots taken on his ancient cell phone, explaining his efforts to study while still taking part in his family's subsistence household economy — farming one of these steep upland rice fields.

When he asked to see our equivalent cell phone shots, I could only point at the photos of me backcountry skiing, with my family at the beach, or working on my parent's shed, which must be as large as Daohu's family's shared sleeping quarters. My recreation decisions seemed feeble compared to the daily calculations Daohu's family was performing in order to eke out enough rice to feed the family for the next year. The bathroom facility in the village was the adjacent forest, running water was carried who-knows-how-far back to the house in worn plastic jugs, and homework was done by the single LED ray from the butt end of a car battery charged cell phone. Even the faintest glimmer of light, a clean lick of liquid, was at times hard to come by.

Despite the seemingly intact electrical lines above the road, there was no fie faa, or sky fire, here. "Electricity will come in a few years", the local people told us. But at times that was hard to believe. Along our journey, there seemed to be a distinct pattern — the higher up in elevation along the roads we traveled, the less likely the villages were to have electricity. More than 30 percent of Laos lacks electricity, despite the considerable foreign investment in the country from all directions. Compared to rural southern China — where it is tough to get a photo without strings of electrical lines criss-crossing the frame — or Thailand — where one Bangkok mall uses as much electricity as an entire northern Lao province — Laos is in the dark.

Rolling into Namo, a small district Lao capital ostensibly along the future high speed rail route, we spotted large red billboards, proudly announcing a sponsored infrastructure project. New high voltage Chinese-constructed electrical towers were rising to the heavens. We debated our next day's route with the usual hesitations from local shopkeepers who were unable to guarantee the quality of the dirt track exiting town. In the morning, our bravado renewed by sticky rice and sleep, we followed that dirt track and the power lines that skirt it towards Phongsali Province. 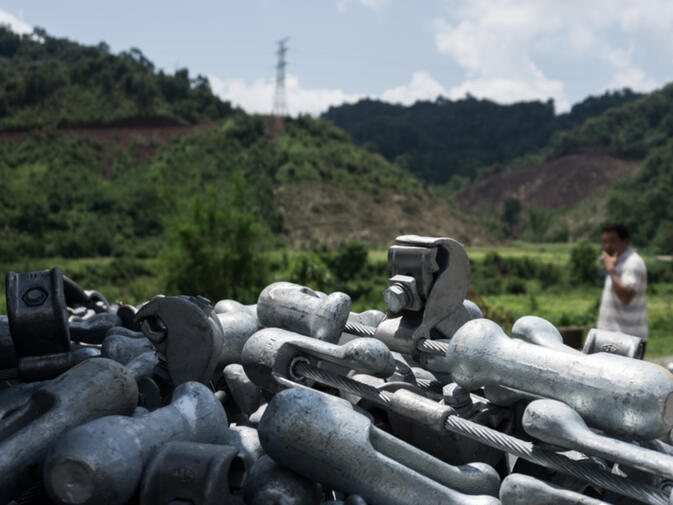 It doesn't take long for the friction to crop up after leaving the main road. In fact only a few kilometers in we hit the soup. Flamboyantly colored Chinese trucks were wallowing in the mud, like massive orange elephants cooling off. The village was out spectating, jeering and pointing, offering advice and suggestions for how to get the behemoth metal beasts unstuck. Our bikes proved more wieldy — the friction of terrain slowed, but could not stop our progress.

Bare totem poles of electricity transmission were going up along the length of this dirt track. Where once there was virgin forest, there are now virgin electrical towers, still waiting for the cable arteries that tether them to each other, and beyond. From the packed trucks of laborers to the lone man teetering above it all, balanced on the top of a metal skeleton, it was clear that this was a result of foreign investment. This line would no doubt fortify the electricity grid connection between northern Laos and southern China. We knew one end would make it to the Mohan border, from where we came. As for the other, we would soon find out.

This article is the third in a five-part series about cycling from Kunming to Luang Prabang by Kyle Seewald Hemes and Will Stauffer Norris. The series was originally published on National Geographic Adventure Blog shortly after the authors cycled along or near the route of the proposed Kunming-Singapore Railway. Parts one and two can be found here. 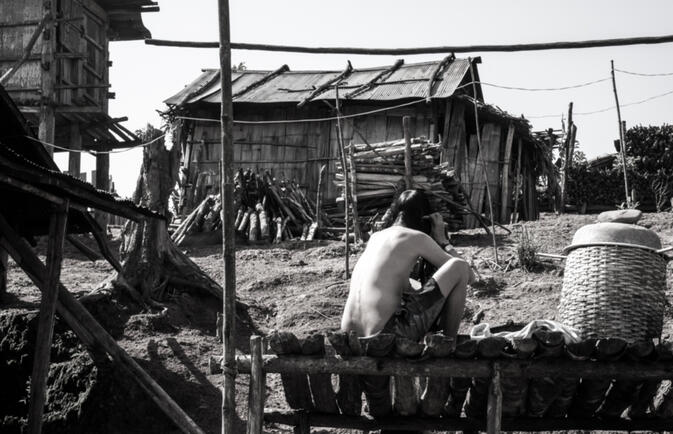 A Hmong woman washes her hair in the remote upland village of Muang Boun Tai in Phongsali Province, Laos (photo credit: Simone Phillips)
© Copyright 2005-2021 GoKunming.com all rights reserved. This material may not be republished, rewritten or redistributed without permission.

If it's unsolicited advice day at GoKunming, I've got some of my own: don't be a pedant.

Is "gokunming" a gerund?

Apparently this is only part three of five. GoKunming really knows how to build the suspense.

Geezer, gokunming certainly is a gerund and it gets more difficult as you get older. Dan, sorry if I was a bit cryptic I was only trying to gently suggest they liven things up a bit.