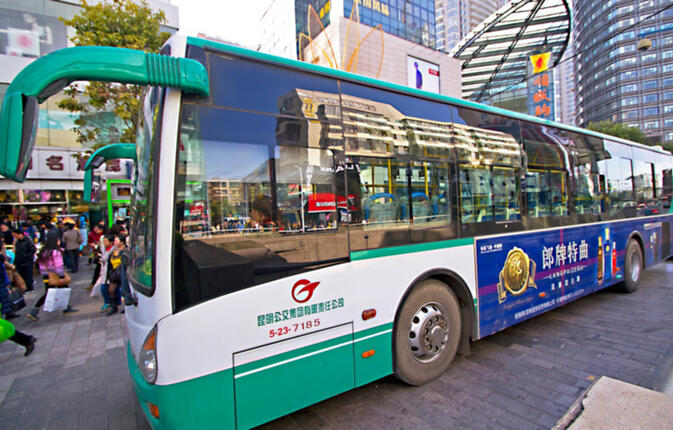 The Kunming Colorful Bus Advertising Company (昆明七彩巴士广告有限公司) announced yesterday it is installing wireless internet equipment in a limited number of city buses. Following a preliminary phase expected to last through March, the improvements will be expanded dramatically. By the end of April, if test services are accessible and functioning properly, the program will upgrade a total of 1,000 Spring City buses.

There are currently 45 buses equipped with wi-fi routers. All of these run along route number 61, which travels south and then west through the city, connecting the Beishiqu Area (北市区) to Baima (白马) in Xishan District. The current load for each vehicle's wi-fi system tops out at about 80 users, which is equal to the maximum number of passengers currently allowed by law on any one bus. However, technicians have said an ideal number of users would be closer to 40 people.

Aboard a bus, the new encrypted wi-fi hotspots can be accessed in one of two ways. The first is simply to connect a wireless device to the '16WiFi' network, which monitors a given smartphone or tablet's usage and allows for 16 hours of free internet. The other option is to download the '16WiFi' application, which grants unlimited use because it is advertisement supported.

The ultimate goal of the Kunming Colorful Bus Advertising Company (KCBAC) is to install wi-fi capacity in 4,000 vehicles — or roughly 90 percent of the city's total fleet — by the end of 2016. However, as the effort is still in its testing phase, a company spokesman said no timetable for specific bus line upgrades has been finalized.

In addition to pushing Kunming's bus fleet into the modern age, KCBAC is also attempting to attract more daily commuters. On average, buses in the Spring City pick up an estimated 2.16 million passengers each day. However, that number was once significantly higher, before the city experienced a prolonged and ongoing infatuation with private car ownership.

Perhaps the wi-fi incentive will pay dividends with a slight reduction in overall car traffic. Initial public appraisals of the internet-friendly vehicles plying route 61 have been largely positive. A man surnamed Li, interviewed after using the wi-fi system, told reporters, "Sometimes the buses run into bad traffic jams and I have to use my phone to pass the time. Now that wi-fi is guaranteed, I'll be taking the bus more often." 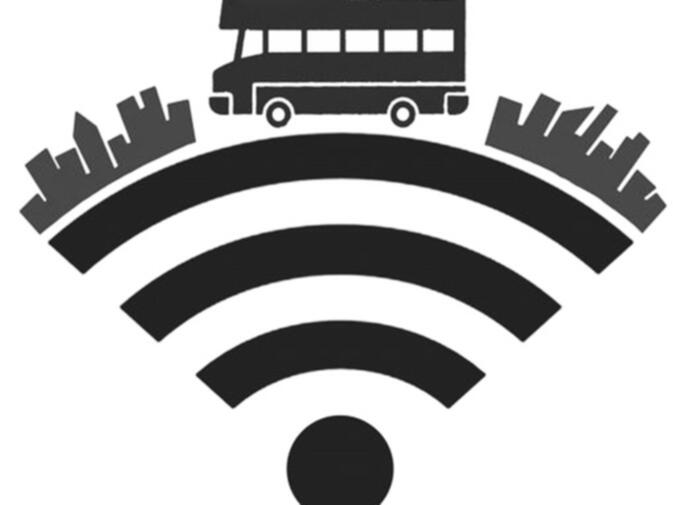 Note that when you use Wifi:

(1) Your phone broadcasts a list of all of the access points it has used before and has stored passwords for; this is, although not designed as such, essentially a unique key and tells the authorities where you hang out.

(2) Your phone's Wireless MAC is broadcast to the local Wireless Access Point which is designed to be a unique key though possible to change in software if you really know what you are doing.

Therefore, if you Wifi on your phone in any public place, expect to be personally identified and the time, location and possibly internet endpoints you connect to logged. Major restaurants such as Salvadors have, in addition to standard Chinese law, been forced to install special gateway devices operated by the police which no doubt provide a combination of user identification, filtering and a platform for MITM (man in the middle) attacks against individual devices.

In short, it's not safe to use public Wifi.

No real difference to most foreigners/well-off Chinese but the average worker really gets screwed.

agree with kmting.
in fact, that bus, train etc wifis dont usualy work properly anyway. Almost everybody has at least 3G now, so why bother.

Would be nice if they'd take out those video advertising screens, or at least make them silent. But as this is the Kunming Colorful Bus Advertising Company, it's pretty unlikely that they will.

Some of the old double deckers already have a few tables up top, but I doubt these will be put into new busses. Buses are hugely overcrowded at peak times, anything that potentially reduces bums on seats would not be considered. Anything mobile, like flip down aircraft seat type tables, would soon be broken.