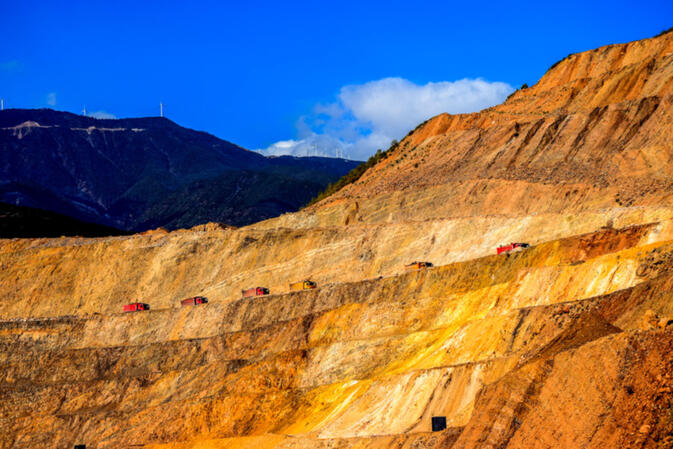 It was a nice warm and sunny Sunday morning in December and my friend Chris and I decided to take a ride to Yunnan´s largest gold mine near the village of Beiya (北衙), in the northwest of Yunnan. Unlike many such operations in China, the area is accessible to the public, or at least it was when we arrived. 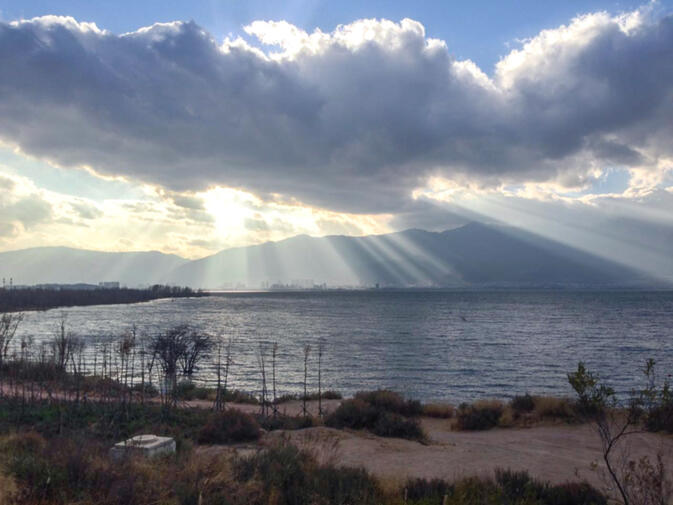 Beiya is located roughly midway between Lijiang (丽江) and Dali (大理), and is reached by following S221, an old country side-road. Nowadays, The S221 is less frequently used since the highway connecting Dali with Lijiang opened back in December 2014. 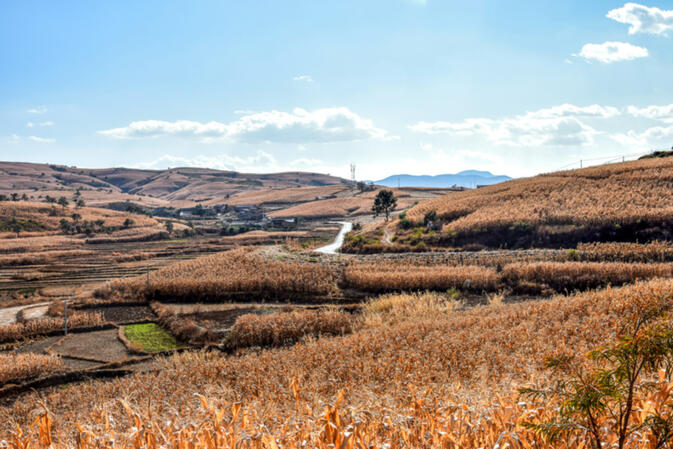 Before the new expressway was completed, the S221 served as one main link between the two travel destinations. But now that heyday is gone. During our ride, all restaurants along the way were closed, largely because few public buses pass by, usually only carrying villagers who live in the vicinity. The villages along the S221 have clearly seen better times. However, for us, sharing the curvy mountain road with only a few other vehicles made for an extremely enjoyable ride. Beiya is an opencast pit mine, with the primary purpose of extracting gold . Mining gold is at times a nasty business, and just as the road falling into disuse has affected the local population, so too has the process of extracting precious metals. 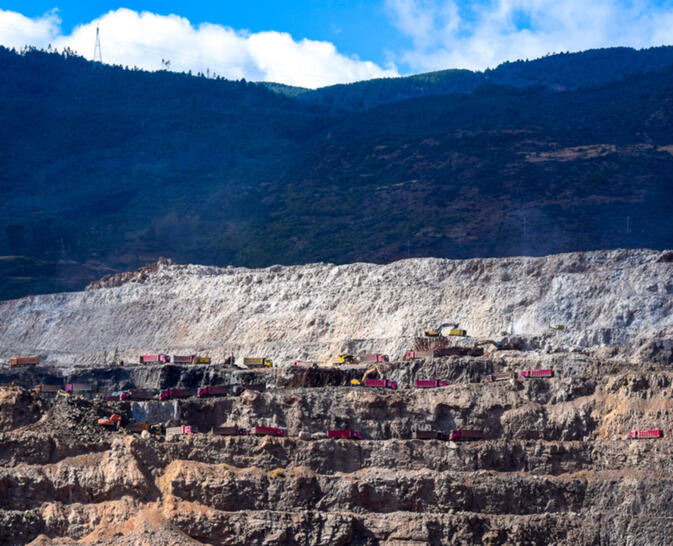 Be prepared for a lot of mud if you enter the area, even in the dry season. When we arrived, our brand new — and not yet registered — Shinery X5 400s came in handy, due to their high suspension, large wheels and off-road capability. The unpaved dirt road continued for only a few kilometers until we reached what proved to by an absolutely monstrous pit. Work at the mine rarely stops, as gold reserves once thought to exceed 151 tons are now known to nearly double that number. In addition to pulling gold out of the earth one dirt-laden truckload at a time, excavations at Beiya also yield enormous amounts of iron ore, lead, sulphur and zinc. The combined worth of all those buried elements is estimated to be 150 billion yuan (US$22.8 billion). Take the S221 road north out of the Dali valley or south out of Lijiang. Turn east onto the Beiguan section (北管段) of rural road X094. This route snakes through the mountains roughly southeast toward the mine. Make sure you take the right turn-off from Beiya since there are several roads leading in and out of the village. From the village to the gold mine its only a few kilometers. 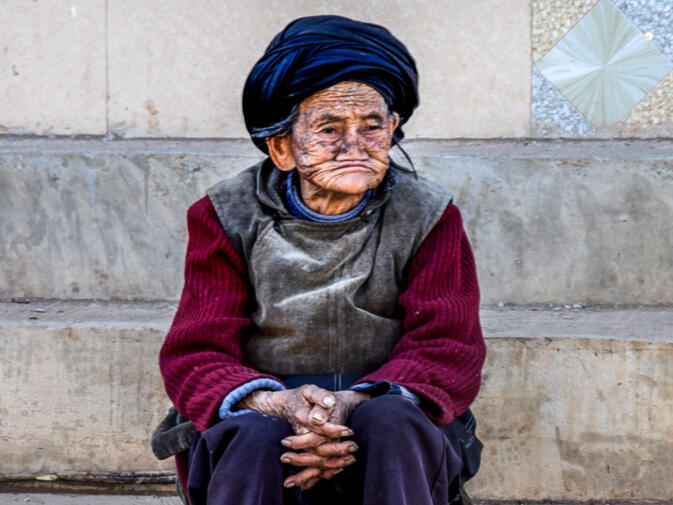 Leaving Beiya, we took a small minor road towards Binchuan (宾川), and from there back to Dali. Keep in mind that there is no way leading through the pit. Instead you have to return the same way you came in. Roads beyond Beiya and the mine were in surprisingly good condition, leading past golden fields of corn and beside small villages, inhabited by Bai minority people. We encountered almost no traffic, aside from the cows. Editor's note: A version of this article was originally published by Hendrik Heyne on website Tibetmoto. Tibetmoto (requires proxy) specializes in exceptional adventure trips in China and Tibet for individuals, groups and families.

Cool mountain motorists! I have a shinery vintage 400, which has the same engine with yours, and the out-looking was modified as SCAMBLER...I am also in fond of off-road riding or normal motor trip, can we have some fun together?

@kmmotorgo: Glad that you like the article. I know your vintage Shineray, its very popular here in Dali. Actually it looks like a Indian Royal Enfield. Do you have the sidecar as well? During off-season we go often on discovery trips in Yunnan and beyond. Just let me know when you are in Dali and we can meet up. You can reach me via our website www.tibetmoto.com. Cheers, Hendrik