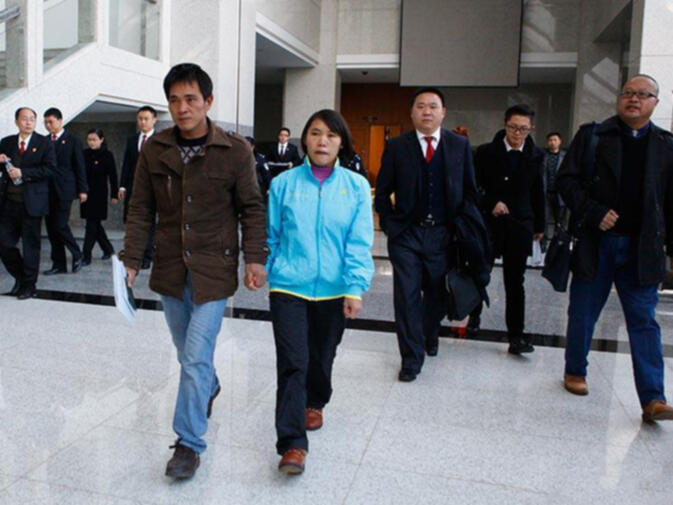 A young woman in Yunnan had her murder conviction overturned this week after spending nearly half her life behind bars. Following years of failed appeals, Qian Renfeng (钱仁风) was released from prison on Monday after an appellate court reversed a 2001 life sentence handed down for the crime of murdering a toddler.

Qian was first arrested in 2002 while working as a nanny in northeast Yunnan's Qiaojia County (巧家县). Three children under four years of age were rushed to a local hospital after lunch while under Qian's care. One of them, a two year-old, died while receiving treatment. The other two recovered following prolonged stays in the hospital. Names and gender of the victims have never been released due to their ages.

Prosecutors in the case portrayed Qian as a disgruntled employee who took out frustration with her boss by poisoning the three children. She was convicted of adding tetramine — an ingredient in rat poison banned in almost all countries outside of China — to the toddlers' milk powder. Because Qian was only seventeen at the time of her sentencing, she was spared the death penalty and instead ordered to serve a life sentence at Yunnan Second Women's Prison.

She and her family repeatedly appealed the decision on grounds of insufficient evidence, but their requests were summarily denied. Finally, thirteen years into her prison term, the Yunnan Provincial High Court agreed to review the evidence presented in Qian's case. The tribunal then called for a retrial earlier this year.

On December 21, the court handed down its ruling, revoking the original conviction while citing major flaws in the investigation. In its official decision, the presiding judge called into question almost all major points put forth by prosecutors. Qian was tried, found guilty and sentenced before an autopsy on the deceased child was completed, and the autopsy itself was inconclusive as to the cause of death.

In addition to those findings, a lawyer representing Qian said her verbal confession was coerced through violence following an interrogation lasting longer than legally allowed for minors under Chinese law. Furthermore, written declarations of guilt were not signed by Qian, but instead by a public defender on her behalf.

Qian was released from prison on December 22 and met by her father. Upon leaving the correctional facility, the 31 year-old told reporters, "Because I was innocent, I could not give up." She also said her the most scarring part of her incarceration was missing the passing of her mother. Qian next plans to "apply to the government for compensation" for her years behind bars.

Yet another reason for getting rid of the death penalty.