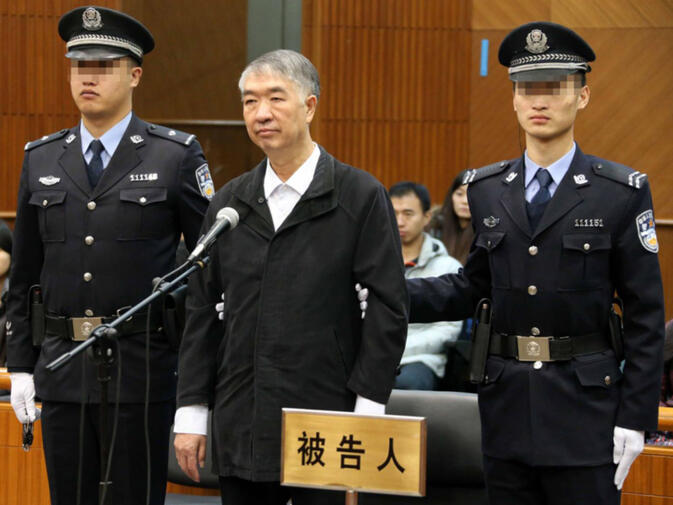 2014 and 2015 were apocalyptic years for public servants in southwest China's Yunnan province, as dozens of current and former officials were indicted and found guilty of graft. The newest addition to the growing litany of convictions involves Shen Peiping (沈培平), who held the post of vice governor for a scant 14 months spanning 2013 and 2014.

The 53 year-old Shen was sentenced to 12 years in prison by magistrates in Beijing First Intermediate People's Court on December 3. The judgement is based on an investigation showing Shen accepted millions of yuan in bribes for more than a decade while serving in various administrative posts across Yunnan.

Court documents reveal Shen's unscrupulous ways stretch back 15 years to his time as Party secretary of Tengchong County (腾冲县) on the province's western border with Myanmar. He reportedly profited from fast-tracking several companies through the merger process, receiving kickbacks once deals were complete.

As Shen moved up the provincial government hierarchy, the size of his bribes increased. Promoted first to mayor and then Party secretary of Simao (思茅) — since renamed Pu'er (普洱) — Shen began taking bribes from iron ore and copper mining companies. No details have been released explaining what services or favors were provided in exchange for the payoffs. However, the names of two mining industry executives, Duan Zhikui and Bi Sheng, were mentioned in Shen's sentence, perhaps indicating more indictments are on the way.

In total, Shen accepted an estimated 16.5 million yuan (US$2.6 million) in bribes and kickbacks from 2000 to 2012. As part of his 12-year sentence, the Beijing court also confiscated all of Shen's real estate holdings as well as other "personal assets" worth a combined two million yuan.

The case against Shen followed a by now well-established trajectory. He was charged with crimes and his Communist Party membership stripped in 2104. Further criminal proceedings and an in-depth investigation continued until December, when the final sentence was announced publicly. It appears Shen may have gotten off relatively easily compared to some of his former, and now disgraced, colleagues.

Like it that the policemen's eyes are blurred but one still can read their number.

I wonder if there are any honest officials out there at all?

In the US, the biggest corruptoids get big pensions.

Numbers dont seem add up.
Are the assets are being divided amongst the victors?

In total, Shen accepted an estimated 16.5 million yuan (US$2.6 million) in bribes and kickbacks.

Some of the assets may not be in his name, and therefore untouched.

Or he spent half of the money on booze and wild women. The rest he just squandered.

When the urban villages were destroyed, so were the communities who had lived in them over the decsdes and centuries. Such communities were perhaps more willing to protest &c.