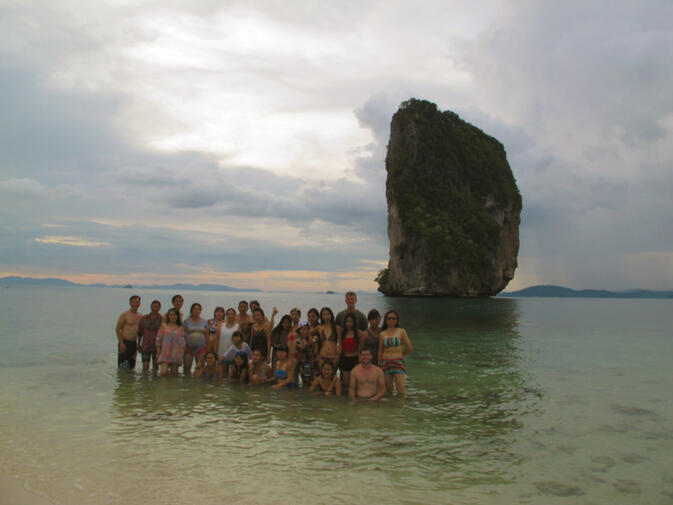 "This is good grass. Somebody should graze some cows here."

"Look at that empty lot. What a waste of land. Somebody should build a building there."

"The rice here is very cheap, and of good quality."

Xiao Hui, meet Thailand. Thailand, meet Xiao Hui. A gregarious denizen of Wenlin Jie, Xiao Hui is widely known amongst foreigners residing in downtown Kunming. He's helped many of us register at the Public Security Bureau, rain carnage upon rat infestations in our apartments, or procure some obscure metal fastener from a far-flung construction supplies market — always with a smile on his face and a semi-maniacal intensity of purpose. 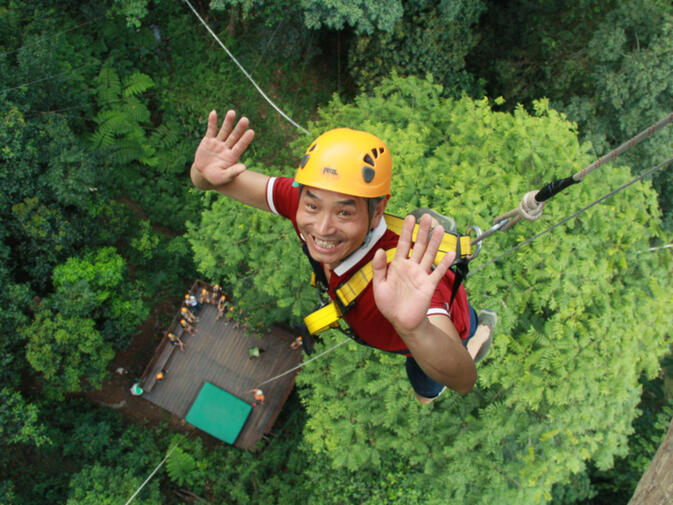 For eight days earlier this month I had the pleasure of seeing Thailand through his eyes, and those of 22 other Yunnanese. My traveling companions were staff members and friends from Salvador's Coffee House in Kunming. Café owners Kris Ariel and Colin Flahive hire most of their staff from a collection of villages in Yunnan's Lincang Prefecture. They are a hard-working and lovely bunch of young women who have been a major contributor to the café's success over the years.

As a means of thanking the staff for their service — 12 years on the job for one senior manager — Colin and Kris made an offer earlier this year: anyone was welcome to enjoy a week of travel to Chiang Mai and Krabi. The laoban would cover all costs except the relatively modest airfare. Most of the staff decided to join, and also along for the ride were the company accountant, some additional staff family members, and Xiao Hui, who has been on retainer for many years to help Salvador's with a wide range of maintenance, logistical and administrative tasks. 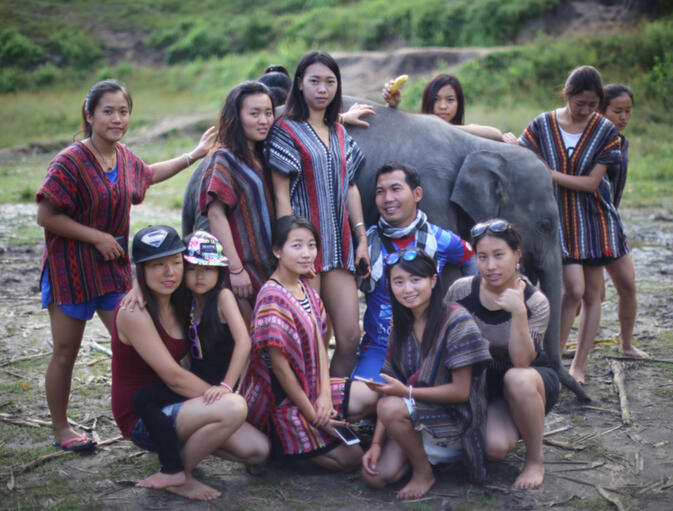 I joined as a chaperone. Colin and Kris considered it a necessity to have a third seasoned traveler along. After all, with one exception, this was the first time any of our charges had left China. In fact, most had never flown on a plane and never left Yunnan, much less seen an ocean.

Several days before departing, Colin convened a group meeting to go through the basics of navigating airport security and baggage restrictions, how to pack for the trip, and how to be a polite traveler with particular attention to Thai cultural taboos.

On the bus to the Kunming airport to catch our flight to Chiang Mai, we started to become acquainted with the only significant irritation that would vex us throughout the trip, vomit. A large number of our group, not having grown up spending significant amounts of time on fast-moving vehicles, were highly susceptible to motion sickness. Whether riding in a van, bus, plane, boat, or tuktuk, when on the move, we were a procession of nausea, grimacing faces and puke. 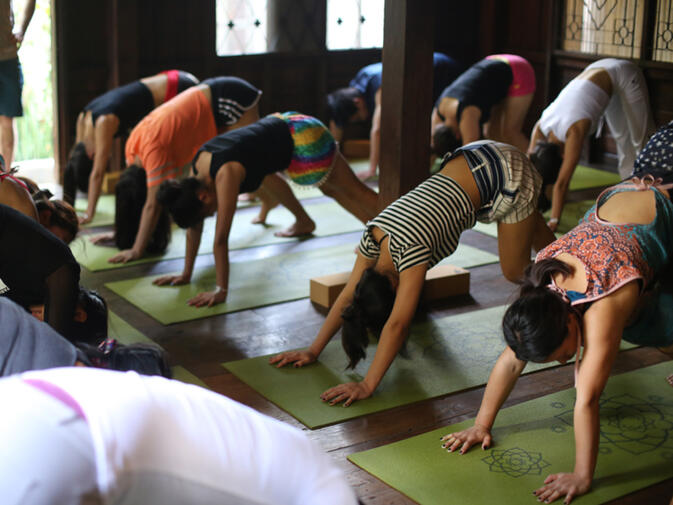 This issue aside, a wonderful time was had by all. Colin was determined to make the most of this precious opportunity for his staff to travel internationally, and he packed our days full of activities. In Chiang Mai we took classes in Thai cooking and yoga, the former of which was child's play for the seasoned cooks, while the latter was a more formidable challenge. We prayed at a local wat, watched muay tai bouts, shopped at night markets, bathed rescued elephants and screamed in terror sliding along zip lines in the jungle. At Krabi we dove from cliffs into the ocean, snorkeled, went rock climbing, had an island barbecue and sipped cocktails by moonlight on the beach.

It was almost everybody's first time to the beach and I found myself moved to see the group delving joyously into simple ocean pleasures that I remember fondly from my childhood, but have somehow laid aside as I got older. These included building sandcastles, collecting seashells and exploring tidal pools. 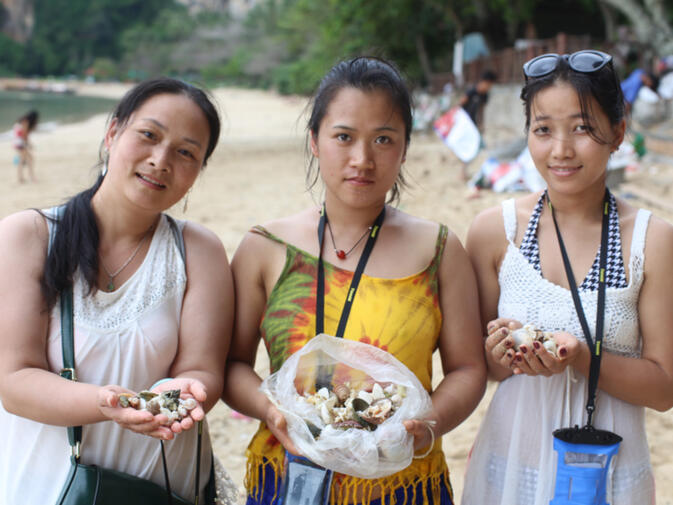 According to one guide I talked to, Chinese are now the largest national group among tourists in Chiang Mai, with a large portion coming from Yunnan. It's an oft-repeated sentiment these days that Chinese are well on their way to taking the mantle of "ugly tourist" from American travelers. They are, the conception goes, loud, oblivious to local culture, and unadventurous. We worked hard to make sure our group did not contribute to this impression, and they cooperated graciously in helping us succeed.

There were, however, a few moments when we felt compelled to chastise certain behaviors and actions, especially in regard to trash management and not blocking other pedestrians' ways. I also took it upon myself to stamp out the habit of some members of the group of referring to non-Chinese travelers in Thailand as foreigners. "You're in Thailand now," I would admonish. "Here, you're also a foreigner." 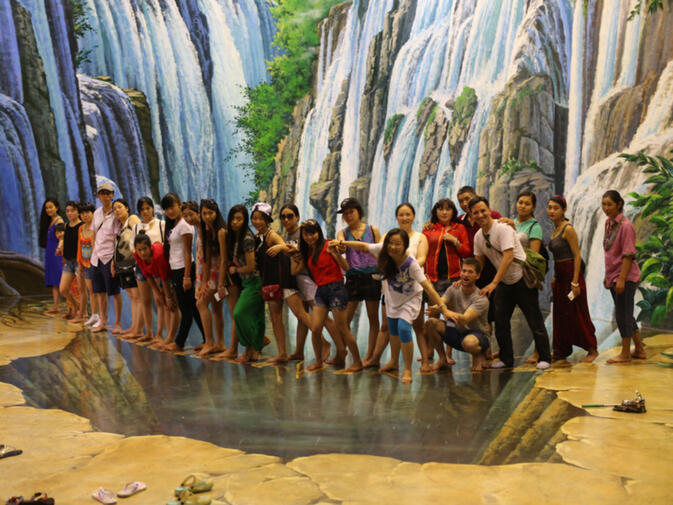 By and large though, the only things distinguishing our group from other travelers were a few bobbing selfie sticks and a hot water kettle procured by Colin the first morning in Chiang Mai after Xiao Hui discovered that hot water is not ubiquitous in Thailand. He decided that he could not do without it for a week. Overall, most members of our group showed themselves open to new and scary experiences, enthusiastic to interact with the locals and generally lovely.

During the temple visit, I was in fact the one who felt like the outsider. I'm not Buddhist and I therefore do not pray at temples. I'm simply an observer. But when our group entered the wat, a number of our Chinese companions naturally and without a hint of pretense walked up to the Buddha statue and dropped to their knees to pray. At that moment I was forced to a realization: though I had taken it upon myself to guide these Yunnanese safely through Thailand and to help them avoid embarrassing themselves, they actually share more culturally with the average Thai than I could ever hope to. 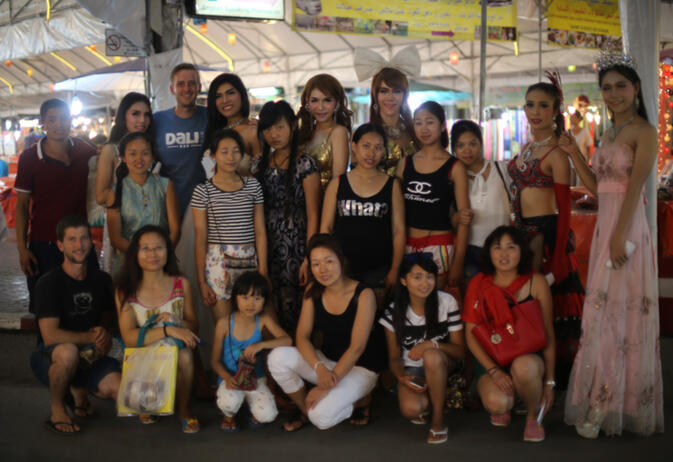 Perhaps they sensed this, too. Throughout the course of the trip I saw everybody grow more confident with their surroundings and become better able to relax into their Thai adventure. By the end, Kris, Colin and I began to gratefully relinquish the control we had exerted over the group at beginning of the trip. "Where is Xiao Hui, he was just with us a minute ago," I would say. Colin would respond, "Who cares, he knows where the guesthouse is. He can find his own way back." After we returned to Kunming, I asked Xiao Hui about his impressions of Thailand:

Traveling in Thailand I found the society to be quiet and peaceful. The transport and hygiene conditions were quite different from my expectations. Waiters, hotel staff, drivers and tour guides were very timely, honest and friendly. People drove well and I was surprised to see that people in Chiang Mai didn't lock their motorbikes. There aren't so many thieves like here. The environment is clean in Thailand and the ocean was beautiful. The only thing I didn't like was Thai food. I guess I'm just not accustomed to it. 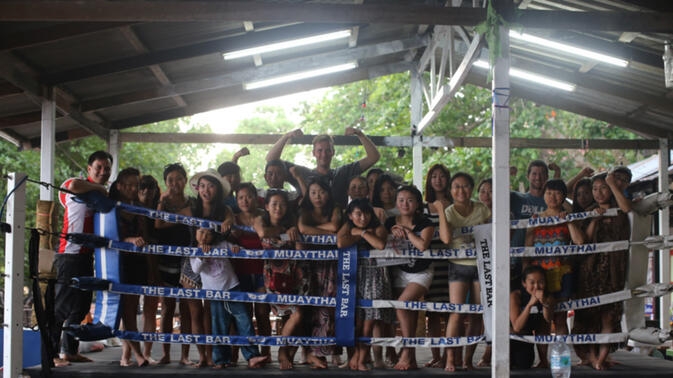 The ocean and beaches shown through as a highlight for other members of our group, as might be expected. But most of them also mentioned how impressed they were with the politeness of Thai people and cleanliness of public spaces. I was happy to hear this. After all, one of the major opportunities travel affords us is to see an alternate version of how to behave and organize our societies — and perhaps apply some lessons from this to our own lives back at home.

My thanks go out to the women of Salvador's, Xiao Hui and the rest of our group for affording me a unique perspective on Thailand over the course of a trip I'll treasure for a lifetime. 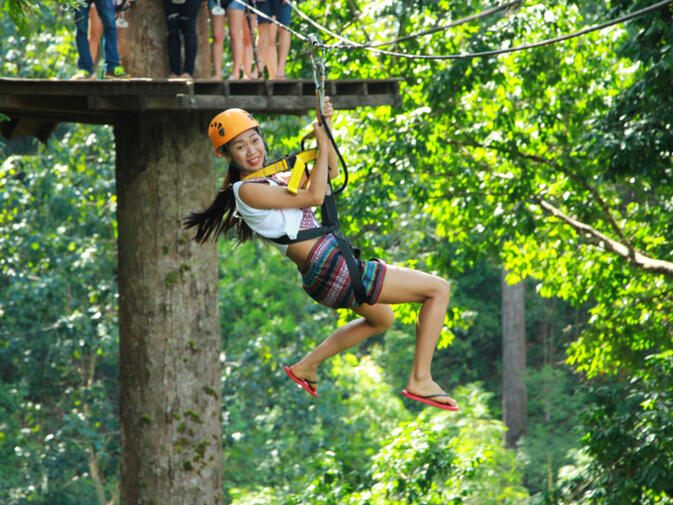 Sounds like it was a good trip, and a good thing to do.

Coolest laobans in town. Looks like those 20+ laowais had genuine fun!

Wish we knew you were coming to Chiang Mai so we could invite all for drinks. We're long time residents of Chiang Mai and I've always been a fan of Salvador's. Looks like you had an amazing trip and learned a lot from Thailand to bring back to China. I will be sure to stop in when next in Kunming. Generous owners chose some very nice ecological and culturally authentic activities. We'll done and best to all of you for 2016!