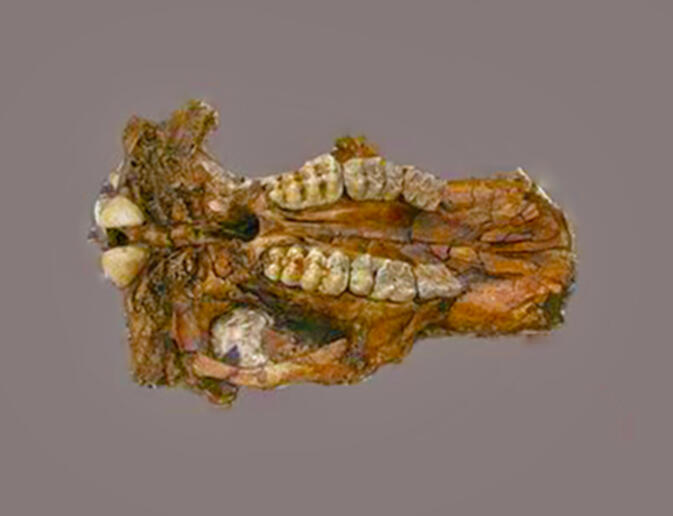 The fossilized skull of an ancient mastodon species was uncovered recently in northeast Yunnan. Following careful investigation, which included carbon dating, the animal is believed to have lived more than six million years ago. If correct, the discovery pushes elephant evolution in China back much further than previously thought, and challenges current evolutionary understanding.

The skull was unearthed inside the city limits of Zhaotong (昭通), beside a small dam. The dig and subsequent analysis of the fossil were led by Wang Shiqi (王世骐), a researcher working with China's Institute of Vertebrate Paleontology and Paleoanthropology. He was assisted by a team composed of scientists from the University of Pennsylvania and the Chinese Academy of Sciences.

Their find represents the earliest known fossil record of sinomastodon, which roamed what is today China during the Late Miocene to the Early Pleistocene epochs roughly five million years ago. Previous discoveries of sinomastodon fossils found in northeast China's Shanxi province were one million years younger than that of the Yunnan skull.

Wang now believes the animal may have originated in the forested mountains of Yunnan before migrating elsewhere. Writing in the Journal of Mammalian Evolution, he explained, "The discovery of the oldest known sinomastodon cranium...supports its endemic origin and contradicts the prevalent theory of its North America origin." He also hopes further study, especially of fossilized molars, may give clues to the mastodon's diet and possibly some evidence of its behavior. The remains include tusks, a complete cranium and teeth.

From these remains, Wang and his team have already been able to deduce some interesting characteristics of the mastodon. These include observations hinting at evolutionary influences:

The skull was [strong] enough to survive possible head-to-head collisions. The back part of the skull was flat and had spread-out arches that protected the brain in all corners. The skull also bore air cavities which helped lower [its] overall weight.

Mastodon species are distantly related to now-extinct woolly mammoths, as well as modern elephants. Sinomastodons were enormous compared with their present-day decedents, with the giant curved tusks from which their name is derived sometimes growing to five meters in length. The ancient animals are presumed to have lived in forested areas, subsisting on tree and undergrowth foliage.

The behavior of sinomastodons is presumed to be quite similar to today's Asian elephants. The skull discovery in Zhaotong will continue to be studied, perhaps confirming such suppositions. However, due to the tremendous gap between the age of the Yunnan skull and those of already discovered fossils, new secrets and evolutionary clues may be forthcoming.