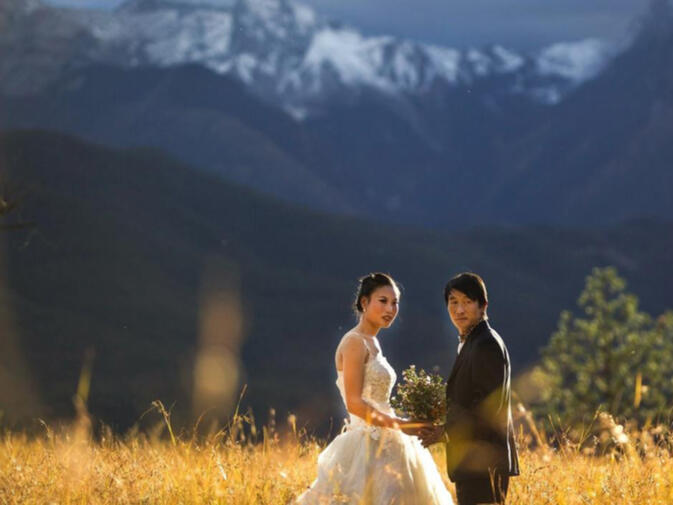 Reports of a wedding high up in the mountains outside Lijiang has taken the Chinese internet by storm. Billed in the press as the narrative of two lonely and once-ostracized people who managed to find marital bliss, the story also sheds a glaring light on government treatment of lepers after the founding of the People's Republic in 1949.

Groom Li Kaiyuan (李开元) grew up in a leper colony above Lijiang called Luduo (鲁夺). Until 2013, the 34 year-old had rarely left the settlement except to collect firewood and herbs on the mountain slopes surrounding his home. When he attempted to visit nearby villages as a boy, Li was often shunned. Similarly, bride Lu Chunxiu (鲁春秀) was born to a mother who once suffered from leprosy. Due to her inherited social status, she was so fearful of not finding a husband that her first marriage was to a cousin. Because he beat her, she eventually left him.

Li and Lu were introduced in May of this year by people working for the Guangdong Comfort Association, a national outreach society assisting lepers and their families. Shortly before their meeting, Li had left the Luduo leper colony permanently after managing to piece together 10,000 yuan by collecting and selling medicinal plants. He bought a cell phone and a motorcycle and was attempting to begin a new life away from the only place he had ever called home. After meeting Lu, the two decided to get married.

Their wedding celebration was held at Ludou and the couple had to hike there, packing in their finery, gifts and decorations. They were joined by four elderly people who have spent much of their adult lives in the colony, only moving away last year in search of warmer climes.

Reports of the couple's storybook wedding — complete with professionally shot photos of them together set against soaring mountain backdrops — has had the unintended consequence of drawing public attention to China's forgotten treatment of lepers. Luduo was established in the 1950s as a forced treatment center, and at its most populated was home to more than 200 people. 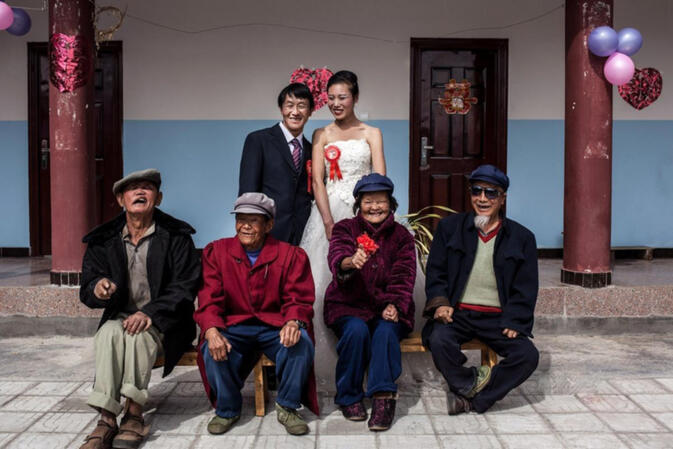 Called "rehabilitation villages" by the government, leper colonies founded after 1949 were often built at extreme elevations or on islands, thus isolating people wrongly thought to be highly contagious from their fearful peers. Luduo was no different, established at an elevation of 5,000 meters on the upper slopes of Yulong Snow Mountain (玉龙雪山), only 596 meters lower than the mountain range's highest peak.

As with many of the country's other leper colonies, people quarantined to Luduo rarely left, even after they had been cured. Their children often did not leave either, as in the case of Li. Social stigma, compounded by a dearth of public knowledge regarding the disease, even today, means that a person leaving a leper colony has incredible difficulty reconnecting with family, making friends or even finding work.

Press coverage of the Li and Lu wedding has caused a public stir around the question of why such debilitating ostracism persists without government intervention. China officially brought leprosy under control 35 years ago, bringing occurrence rates of the disease to below one out of every 100,000 people.

That same year, government health bureaus gained access to a cocktail drug treatment that cures the disease in all but the most extreme cases, thus ending its policy of forcibly segregating those suffering from leprosy. Nevertheless, thousands of people around China continued to languish in more than 600 leper colonies similar to Luduo — often for decades — leading to situations such as Li's. His now very pubic marriage to Lu may be the next step in changing that.

Heart warming story after so many years of isolation from meeting new and different people :)

living at 5000 meters altitude is not an easy life considering the cold and lack of firewood..
Great article