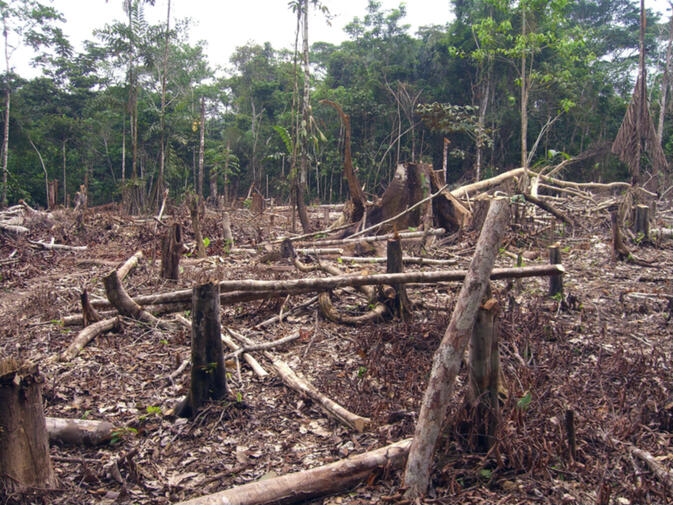 A new project promoting agroforestry as a sustainable alternative to current farming practices in the uplands of Myanmar is underway. Led by the World Agroforestry Centre's East and Central Asia regional program, and approved by the country's Minister of Environmental Conservation and Forestry (MECF), the undertaking aims to reforest mountainous landscapes prone to degradation.

The project will initially be carried out in the Burmese states of Shan and Chin on a relatively small scale of six hectares. When made viable both environmentally and economically, Naypyidaw has pledged to expand the program — and around the capital has already begun to do so — as Myanmar is in dire need of workable solutions addressing its growing forest loss.

At the World Agroforestry Centre (ICRAF), farming practices are seen as part of the problem. Shifting cultivation involves clearing forest for the cultivation of crops. After a cropping period that can be as short as one or two years, the land is fallowed for up to ten, allowing the forest to grow back. Not intrinsically bad, shifting cultivation is increasingly rare due to the shrinking availability of land, as well as current government policies.

Pressed to grow more food, villagers now usually clear forest permanently, often for monoculture plantations of sugarcane or rubber. Allowing no natural regeneration and depriving the landscape of a diversity of trees, this change of land use harms livelihoods and ecosystems.

A promising and healthy alternative, according to ICRAF reports, is the deliberate reintegration of trees that positively interact with crops and livestock on and around farms. "Agroforestry is the ideal solution for uplands," explains Dr Dietrich Schmidt-Vogt, lead researcher for the ICRAF project. "Agroforestry can drastically reduce the need for expensive chemical fertilizers and noxious pesticides while boosting yields and diversifying income sources."

Communities involved with the initiative have provided sites on which to demonstrate the new agroforestry methods. The researchers hope to incorporate trees that fertilize the soil — such as Himalayan Alder — and to jointly search with villagers for alternative income sources. This will provide a feedback loop between scientists, non-government organizations and farmers, with the three groups learning and adjusting together. The work is largely funded with a grant by international donor consortium Livelihoods and Food Security Trust Fund.

Dr Peter Mortimer, a soil scientist at ICRAF, speaking of support received from MECF, said, "Having strong backing on all levels is so important for this type of project, and we have a feeling that Myanmar and its people will prove great partners and an example for similar projects elsewhere." While heavy flooding in Chin State has complicated progress, trees are now ready to be planted and the first cropping cycle will coincide with the start of the next wet season.

Just take a look at Borneo to predict the future. There was even this guy Bruno Manser half naked in the jungle there creating a local resistance, but today whole of Borneo is coverd in haze from forest fires.

The organization has the support of the government, and that's a pretty strong ally to have.

Of course, in a democratic country, governments change every so often, in the case of Myanmar in November, and everything may yet go down the drain if Aung San Suu Kyi wins - or it may not.

Or do you compare it to Borneo because you think corruption will prevail and big investors will win the day with monoculture plantations? Maybe, but showing in time that you can have high harvest yields _and_ keep healthy ecosystems could change public and industry opinions.

The cronies were building high rises next to Shwedagon just about a month back. When the radical buddhists stepped in against this, they got the usual empty promises - the kind of promises, you get in a country thats among top ten in global corruption. When the radical buddhists realised they were fooled, they organized whole buddhist community against the cronies. Finally the cronies had to back off, and had a bitter drink of gin, as they could not get their luxury appartments next to Shwedagons sunrise.

The only force that could stand against the cronies were the radical buddhists, and they do not care about those forests that much, not the tigers.

Shwedagon is the soul of Burma, nothing higher than it was not expected to be built. Those forests are just forests. There were international projects aimed at protecting the tigers too, but some say all tigers are gone now.

Not crying over spilled milk here, this is just something going to happen - those forests are gone just as fast as the fancy cars appear in Yangon, it happens everywhere, and the cars are allready there.

@Peter, your last statement, cars in Yangon: also furniture and building materials(?), I think, in China, from wood from Myanmar.

Peter, interesting point of view but while monoculture plantations may still come at the expense of forests, the project in the first place aims to solidify and boost the livelihoods of rural dwellers in Myanmar, hence also the support of the LIFT fund (Livelihoods and Food Security).

Now when that proves viable, villagers may be less tempted to replace their land by monoculture plantations or indeed sell it to investors.

Its great blupp, if theres some good ideas brought there. I didnt focus so much on the science of this whole concept, it was more of a spit out from here. So dont mind this spit out too much.

Anyway, how many projects, actions and plans have there not been to take away poppy growing in this particular exotic country, now called Myanmar. And where did they lead?

But as I said, this was the pessimist here. Not a leftist-pessimist, though.

If poppy can be "monoculture" the bet from over here is that villagers choose the poppy culure instead of any tree.