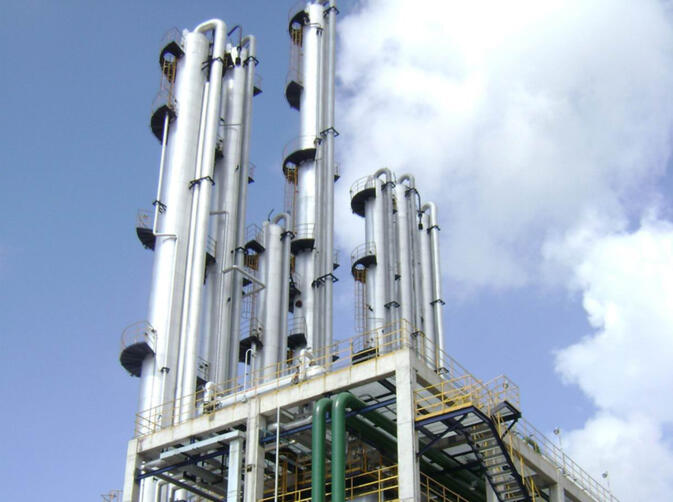 The Chinese Ministry of Environmental Protection issued a modest fine over the weekend to an Anning oil refinery. While the "administrative penalty" did not specifically mention pollution, the facility in question has been the source of public concern and controversy since construction began in 2013.

Yunnan Petrochemical Company, a subsidiary of China National Petroleum Corporation, was fined 200,000 yuan (US$31,000) for violating articles 19 and 24 of the national Environmental Protection Act. Specific details were not disclosed beyond mention of "significant changes and unauthorized construction" without the company filing required environmental impact assessment (EIA) documents.

However, the two statutes Yunnan Petrochemical Company was found to be in violation of are both concerned with the construction of factories or processing installations deemed potentially harmful to the environment. Article 19 is specifically concerned with the "utilization of natural resources", and reads, in part:

The development and utilization of natural resources is bound to affect and damage the environment, [including] resources such as water, land, forests, grasslands, oceans, minerals...All types of exploitation of natural resources must comply with the relevant laws and regulations and fulfill ecological environmental impact assessment procedures according to law...and key construction projects, must comply with soil and water conservation programs [or] otherwise not be allowed to start construction.

In addition to the fine, the Anning refinery was ordered to shut down construction on the parts of the factory not in compliance with EIA requirements. Those sections will be allowed to reopen only after the proper documents have been submitted and approved by the Ministry of Environmental Protection.

The refinery, which processes "ten million tons" of petroleum each year, has been a source of community concern since construction began outside of Anning in 2013. Local residents feared the plant would produce the chemical paraxylene — an important ingredient in the manufacturing of plastic bottles and polyester clothing. If inhaled or absorbed through the skin, the gas causes varying degrees of damage to abdominal organs and the central nervous system.

Concerns over the potential danger the facility could pose to public health went viral on microblogging services, and led to large street protests in Kunming. The city's mayor eventually addressed demonstrators, promising to look into the matter. However, no substantial news of a final decision was made public, and the refinery operated without further media comment until Saturday.

Bad that the construction company would try to do this; good that the government actually acted against them.

31000 US$, Wow, that's a lot of money.
I hope they will manage to keep operation after a massive financial blow, like this.

Sadly, even fining them a token amount is a huge step for Yunnan. Usually takes an explosion like the one in Tianjin.

Dudeson's point, yes, but also Alex's. Long way to go, but at least there's some motion.