Five minutes with US Ambassador to China, Max Baucus 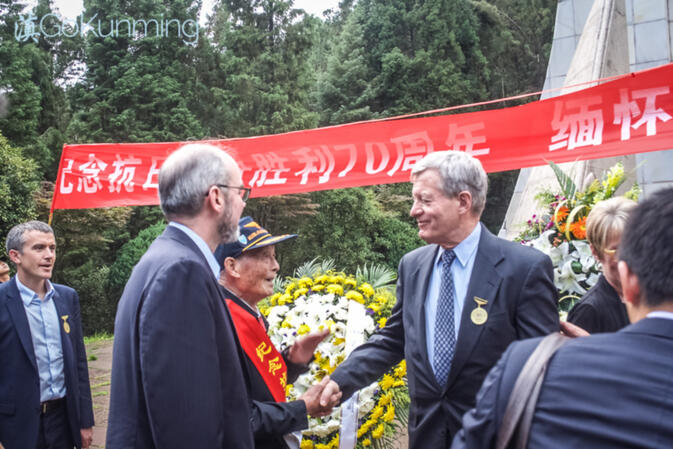 The United States Ambassador to China, Max Baucus, paid a visit South of the Clouds this week. He found time to explore some of Yunnan's history and culture while also attending to diplomatic duties. Chief among those was honoring the men and women, both American and Chinese, who built the Burma Road and established the Hump Airlift during World War II.

Ambassador Baucus and his wife Melodee first spent time in northwest Yunnan as tourists. They hiked Tiger Leaping Gorge and then cycled around Baisha (白沙). Upon arriving in the Spring City, they attended a screening of the 1942 John Wayne film Flying Tigers at TCG Nordica, explored the Yunnan Nationalities Museum and met with famed choreographer Yang Liping.

On Thursday, the ambassador visited the Flying Tigers Memorial in Jiaoye Park (郊野公园), where he and his wife placed a wreath at the foot of the white stone monument. They were joined by primary school students as well as two Kunming veterans involved in the Hump missions. During his speech, Ambassador Baucus recognized what he characterized as a shared "moral obligation" between United States and Chinese forces during the war that enabled both armies to leave the world "in better shape than [they] found it".

At the conclusion of his speech, the ambassador was presented with a gift from the Flying Tigers Association. It included parts of an American airplane shot down by the Japanese over Yunnan in 1943. It was accompanied by a letter of thanks from former Chinese President Jiang Zemin. Following the ceremony, GoKunming and China Daily reporter Li Xinyi (李昕意) were given the opportunity to ask Ambassador Baucus one question each. 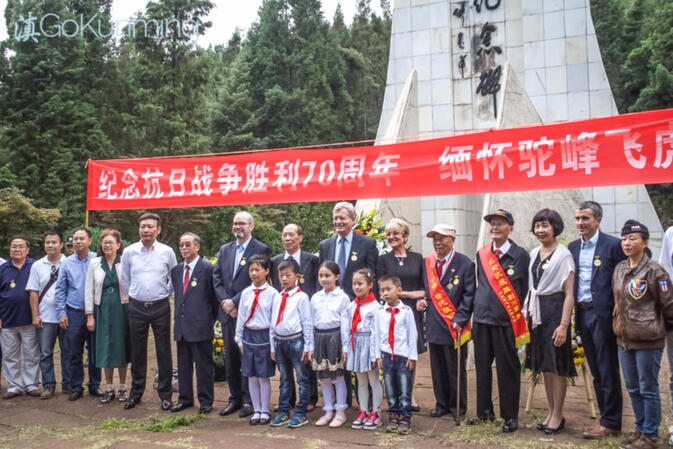 GoKunming: Considering the historical connections between Yunnan and the United States, how do you see this province fitting into current relations between the US and China?

Ambassador Baucus: There are many areas and many ways. One of course is the war, with the Flying Tigers and the Hump. Second, there are a lot of [possible] cultural ties. The great number of ethnic groups here — whether its the Yi or the Bai or Dai — are very reminiscent of American Indian tribes — with strong independent cultures. The ethnic groups in Yunnan and the United States' [tribes] — I'm hoping can get to understand each other better. And I'm trying to bring some American Indians over here to Yunnan and I think we're trying to get some folks from Yunnan over to the States.

Third, working on investment — whether its part of the One Belt One Road or through APEC — there are development opportunities for our two countries to work together, in a way that is environmentally friendly. The big key here — and I find this very much in China — the Chinese people that I've talked to want to be sure that the environment is very strongly protected.

I hear that more frequently during the time i've served the United States here. There are a good number of American environmental organizations that could work with Chinese organizations to help develop best practices in the areas of water, food and health.

China Daily: Many Flying Tigers soldiers have already passed away. So, in the future, what do you think about the continuation of this friendship between China and America?

Ambassador Baucus: Well, first, the friendship was very deep back in 1935, '36, '37 and during World War II. Very Strong. It was strongest here, in southern China, when both countries realized that supplies coming in to US and Chinese troops was clearly necessary and might be cut off by the Japanese. So our two countries worked very hard to ensure the supply. That was, in many respects, the basis for the beginning of the end of the war, because American and Chinese troops were well supplied.

Now that continued until today, and I think it's critical to have memorials to honor those who built the [Burma] Road, the Flying Tigers and those who flew the Hump, as well as all the other American and Chinese people who supported those operations.

It's a symbol of how by working together, the US and China accomplished a very important objective, and that was to prevail in World War II. It's important that we remember that. I worry that too few remember that history today. I worry that too many Americans don't really understand or don't have a good recollection of — or did not know about — how much our two countries cooperated in building the road and flying the Hump. and I dare say, some of that may be true in China.

Memories fade. The end of the war was seventy years ago and most people were not around...and don't have firsthand memories of the war. So I think it's very important and takes extra effort — every single anniversary — to again remind people, and come up with even more stories of valor and heroism, but also of friendship and kindness.

It wasn't just the soldiers, but also the people in China [who] were so kind to those who were displaced because of the war. I'm privileged to be here — and I know my wife feels very privileged — to honor the joint cooperation of our two countries, symbolized by the Flying Tigers and by [the] building of the Burma Road. 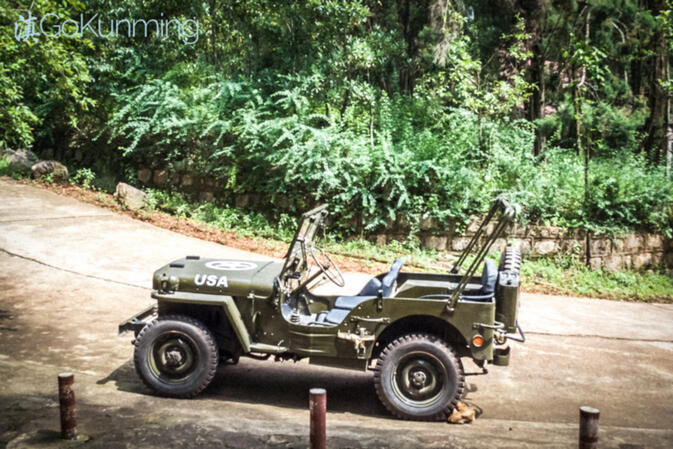 Props for him and spouse getting out there to hike the Gorge.

The John Wayne film is ridiculous.
Comparing ethnic minorities/minority nationalities in China to American Indians...a lot of ugly history of interethnic conflict in China, but nothing I know of that quite equals what was done to the earlier North Americans by the European immigrants and their descendants.