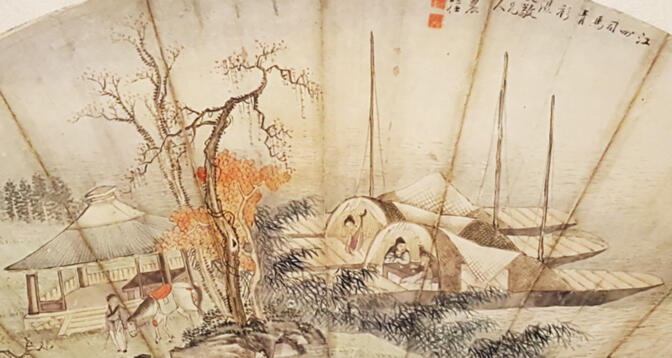 History buffs take note: While the old Yunnan Provincial Museum has now closed — apparently moved to a new location, its older and more central location replaced by the Yunnan Fine Art Museum — if you are a history buff like me, there is a little good news within the first ring road to compensate.

The Kunming Museum re-opened last year after a lengthy renovation. Our old friend, whose aging dinosaur models and Flying Tiger exhibition were its dual mainstays has been reinvigorated with a new wing featuring two permanent exhibitions and one temporary. Best of all, it's now free!

The primary and perhaps most impressive permanent exhibition focuses on painted Chinese fans of the Qing Dynasty, with distinct attention placed on Yunnan resident or Yunnan-born artists. The fans are divided into sets based upon theme, including but not limited to birds and flowers, landscapes, and poetry or calligraphy. Astute viewers will be able to make out scenes close to home, with a broad and historic view of Dianchi Lake featuring in at least one of the designs. Painters hail from sites around Yunnan as disparate as Jianchuan, Jianshui, Xuanwei and of course Kunming. In addition, some out-of-province imports are also displayed.

The fans were a real highlight of the visit for me. An exhibition of this breath on this subject is pretty rare indeed, and the curatorial quality is decidedly higher than all previous government museum exhibition efforts on any subject in Kunming's living memory — with standard labels, modern lighting, soft backgrounds, well proportioned glass display cases, logical sections, English translations and some context amongst the laudable facets. Unfortunately the lack of maps, detailed artist background, stylistic classification, spell checking and relatively weak contextual information detract from what would in all seriousness otherwise be a world class exhibition. Bravo to the organizers! Well worth supporting with a visit.

A small number of fans are not yet labelled — knowledgeable viewers may wish to contribute any information they can offer. 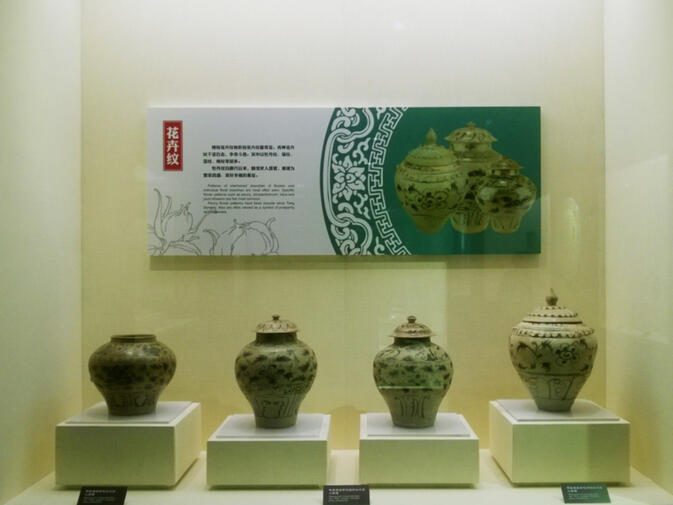 The second new permanent collection on display focuses on disparate historic kilns of Yunnan, the most famous and voluminous in ouput of which is that of Jianshui. Known for its unassuming and down-to-earth 'off white' characteristic shade, Jianshui ceramics, predominantly of the Ming Dynasty, are rarely collected though do maintain a position of recognition within the Chinese ceramic art history world. Lesser kilns of Yunnan history include those at Lufeng, Dali, and Yongsheng near Lijiang.

In general, the collection focuses on Jianshui pieces, comparing them both technically unfavorably and therefore quite honestly with those of Jingdezhen (景德镇), the famous porcelain center of China's east from which Jianshui's initial porcelain workers are said to have originated. While the technical mastery of the Yunnan pieces is less than the Jingdezhen originals, their subdued and naturalistic palette does maintain a certain rustic charm.

A limited selection of pieces have been drawn out as features and placed in walk-around mounted cases at the center of the gallery, which was a modern and laudable design touch allowing visitors to properly appreciate the pieces from (almost) all angles. The objects are grouped by predominant patterning, though no information is offered on utility, social penetration or relative distribution, and certain classes of patterning discussed in the labels appear to be missing entirely from the exhibition. Presumably many of the objects, on account of their age — and in some cases decoration — were originally pillaged or archaeologically recovered grave goods. 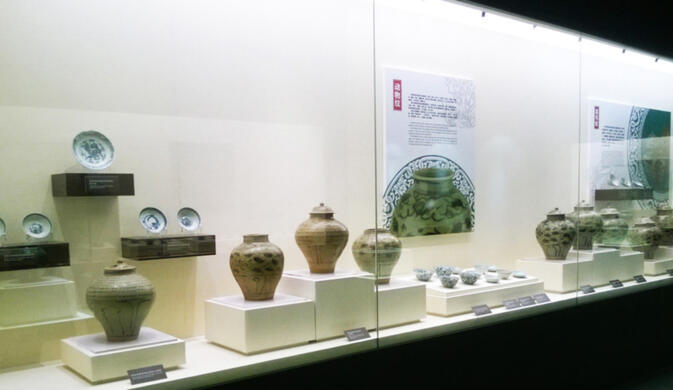 Background in this exhibition is, while superior in offering some qualitative points upon which to base criticism in light of the more famous, pure and highly prized Jingdezhen pieces exhibited alongside our locals, still shows significant room for improvement. For example, numerous technical faults or telltale signs of poor workmanship — cushioning stations, insertion rings, support pins — are individually identified and described in text but not graphically or diagramatically highlighted alongside actual pieces, leaving the viewer guessing. Furthermore, the lighting configuration seems unfortunately harsh for some of the pieces, which while impressive as spot-lit objets d'art are certainly more difficult to appreciate without ambient illumination.

Here the curators perhaps took a leaf out of the widely criticized new Musée Quai-Branly of Paris, which — in its arguably quintessentially Parisian and unabashed quest for exotic chic — failed to provide virtually any context, reducing the bulk of its architectural flight of fancy to what amounts to a very long ramp with periodic spot-lit curiosities. It is as if, in some throwback to the late nineteenth century, the city decided to build itself an international tourism-centric curio box — quite literally out of the bric-a-brac it found in the basement. Perhaps, through some Kunming curator's scheming, this wing establishes our own humble cabinet? If so, that's not necessarily a bad thing.

English labels are offered again, though readers unfamiliar with Yunnan's historical geography would be advised to bring a smartphone or brush up on their local cartography before attending. 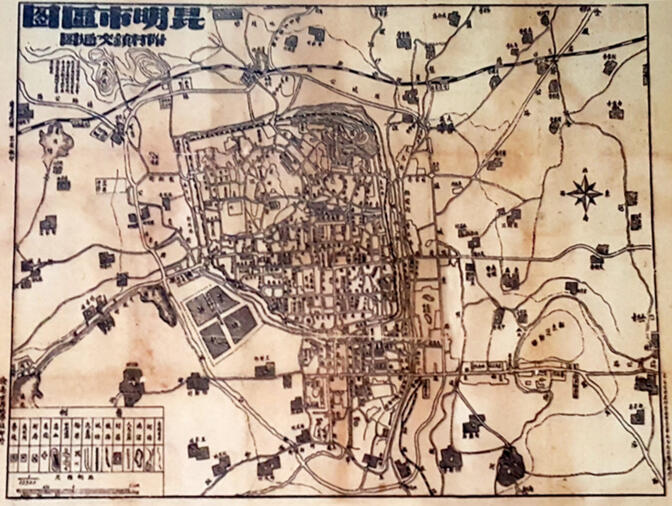 Upstairs from the two new permanent galleries is a temporary exhibition space, currently showing the Mandarin-only history of a World War II 'hero' who appears to be a communist-approved local graphic designer/illustrator figure. Highlights of this exhibition include some old photos and maps of certain parts of Kunming and some inexplicable retro art deco era foreign graphic design.

Unfortunately the shiny marble floor and generous proportions of the new wing — most probably specified by the architect — are let down by the soapless, improperly cleaned, squat toilet-stall restroom facilities. Perhaps these can be retroactively upgraded to restore the otherwise modern and spacious wing the integrity it deserves?

The upper floor empties out on to the roof of the museum, which has some chairs and could easily be converted in to an excellent outdoor cafe or beer garden with a little effort. Shaded both from the sun by an enormous canopy and from the noise of Tudong Lu, the space could definitely show promise in the well-worn art museum cafe tradition as a meeting place for cultural and artistic world. Cheers to the future?

If it's your first trip to the museum, be sure to check out the bookstore, which holds a good range of history-focused books on the city, province and closely related subjects. It is located in the opposite (eastern or older) wing housing the Flying Tiger exhibit on the ground floor.

Thanks for the info, I'll definitely go and pay it a visit. However with this kind of articles I've come to expect information such as opening hours. Here they are now:

Tuesday to Sunday from 9 to 17h, but they stop admitting visitors from 16:30.

Closed on Mondays (except for bank holidays).

Not being an expert here, but theres this story that the Jianshui clay got famous as best clay for them opium pipes. Just saying that its possible that the fame of Jianshui purple clay actually came up during the opium culture, and it has been revised since. Or maybe both, but you rarely hear the opium culture part.