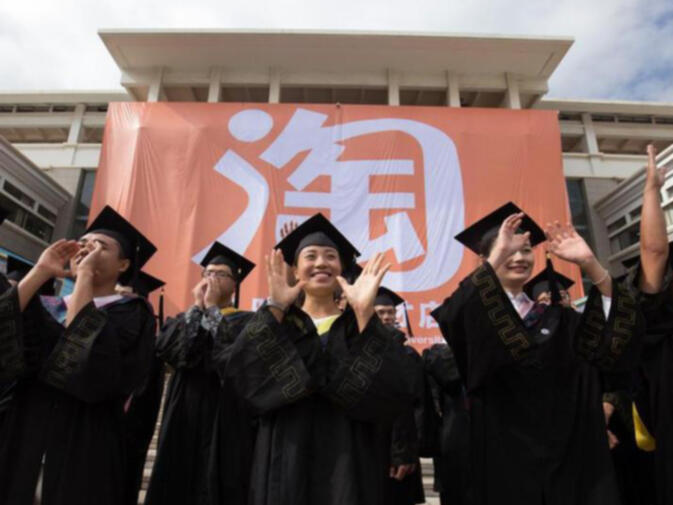 Summer in China is the season in which millions of anxious college graduates stream into the labor market for the first time. Although a feverish process for employers and students alike, Kunming University (昆明学院) is attempting to pioneer a new program in combination with Chinese online shopping monolith Taobao, to alleviate some of the stress.

On July 2, Kunming University inaugurated what appears to be an unprecedented new online "talent shop". The 65 items sold by the university have spurred national discussion, as the institution sells the resumes and contact information of its most promising graduates, carefully selected from 4,500 peers.

Prospective employers looking for Yunnan's best and brightest must fork over 1,000 yuan (US$161) to get in contact with a single graduate. To sweeten the deal, Kunming University promises to verify academic information for any interested 'buyer' and set up interviews between companies and prospective employees. Both parties are then given time to make informed decisions and at the end of the process, prospective employers are reimbursed the original 1,000 yuan investment.

The "talent shop" places each graduate into one of four categories depending on their specific strengths, including "Belt and Road," and "Manufacturing 2025". The students' listings also include their desired position, requested starting salary and a brief recommendation by university professors or administrators. President of Yunnan University, He Hua (何华), has said he hopes to use the new Taobao shop as a means to save time and resources for both employers and graduates.

This year, over seven million students — more than seven times the number 15 years ago — spilled through the gates of universities throughout China with new diplomas. With growing demand for specialized positions, employers often struggling to dig through the avalanche of applicants to find the perfect match. Although official statistics show China's unemployment hovering rate steadily around four percent, in the demographic of recent college graduates, it is estimated rates run as high as 30 percent, according to a Hong Kong University study.

Graduates from universities outside of elite institutions in Beijing and Shanghai are especially vulnerable when entering the labor market. Institutions of higher learning in the country's hinterlands, such as those in Yunnan, suffer from a notable lack of exposure. However, the recent collaboration with Taobao has certainly pushed Kunming University into the national spotlight, at least for a time. In the years to come, educational institutions, especially those in majority rural provinces, expect innovation in promoting degree holders will become more and more necessary.

Yunnan historically lags behind most of the country in terms of education, both because of the condition of its rural schools and its historical lack of economic growth. Officially, the province's illiteracy rate lies just above six percent, almost six times higher than the municipality of Beijing. Hua's endeavor, while seen as a publicity stunt to some, may also be placed in the context of a greater attempt to build a name for universities in Yunnan while simultaneously giving select graduates a hand up.

This seems a good idea.

Also illiteracy at 6% is pretty low.

If you haven't got the grades then the company will be able to see, judging by this article.

Supposedly this is the best students at the university so companies aren't going to be interested if it isn't and the university isn't going to look good if its putting those forward with bad grades if its saying 'they're our best'.

It sounds like students, the businesses and the university all gain from this. Hats off to the school for doing something different and good luck to the students (so long as they're not after my job)

buying grades and sex for grades is nothing new. if you think this wont provide new opportunities, duh, hello!

So what your're saying is that the minority will spoil it for the majority so lets call the whole thing off.

I think its a good idea. You may be a bit paranoid about grades but the businesses will sort this out and it's of no ones benefit for the university to recommend dross. It wants this to be something to have the school stand out against all the northern schools.