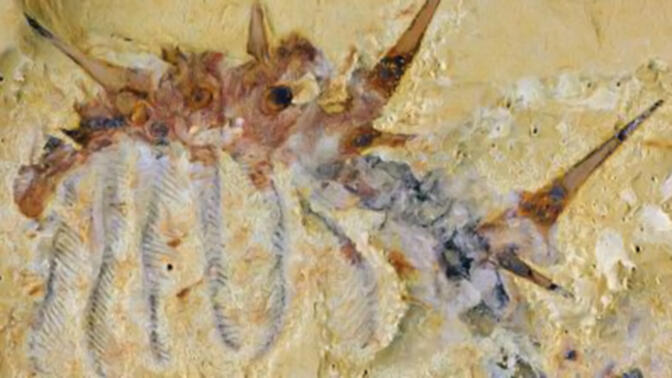 The Cambrian, a time period in earth's evolution which, despite its uninspiring scientific title, laid the cornerstone for the development of life on earth. About half a billion years ago, the seas began to change. Out of the small, unicellular organisms that had previously populated the oceans, larger, more bizarre things evolved.

This unprecedented transformation heralded in the Cambrian explosion, as diverse species burst forth from the seas and eventually slithered onto land. Today, the legacy of the Cambrian lives on through the millions of fossils that give scientists insights into this critical period in the evolution of animal life.

The most recent addition to the Cambrian family was announced this week by a joint team of researchers from the universities of Cambridge and Yunnan. The new species, named Collinsium cilisum or simply Hairy Collins' Monster, is described by researchers as the 'super-armored' tank of worms. Its heavy outer skeleton had five pointy spines for each of its nine pairs of legs, making the five-centimeter long critter stand out from its less-developed worm peers.

Like many of its kin, the creature fed itself by filtering nutrients out of seawater with its feather-like front appendages. The fine bristles were presumably employed for specialized feeding purposes from water columns. Adding to Collinsium cilisum's 'monstrous' look were 72 sharp spikes covering its body. These formed a formidable protective barrier for the prehistoric worm that scientists believe preferred a sedentary life spent mostly on the muddy ocean floor. 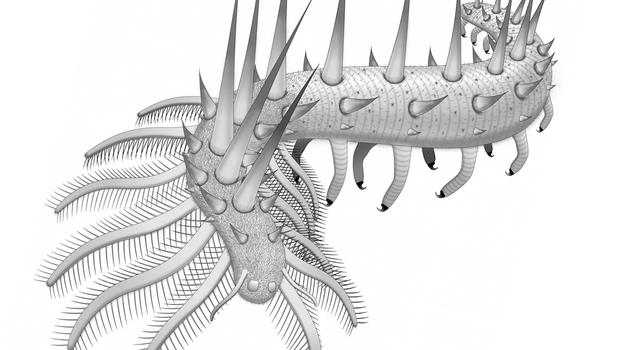 Collinsium cilisum was first noted for its resemblance to Hallucigenia, a similar-looking prehistoric creature that has been subject to much more research. "Both creatures are lobopodians, or legged worms, but the Collins' Monster sort of looks like Hallucigenia on steroids," explained Dr Javier Ortega-Hernández of Cambridge's Department of Earth Sciences.

Analysis by Cambridge scientists concluded that the Collins' Monster is a distant relative of modern velvet worms, which today live in tropical forests. Despite being similar in terms of body organization, Ortega-Hernández described that relative to velvet worms, Collinsium cilsum "were stunningly diverse and came in a surprising variety of bizarre shapes and sizes". Ortega-Hernández went on to clarify that "The Chinese Collins' Monster was one of these evolutionary 'experiments' — one which ultimately failed as they have no living direct ancestors...but it's amazing to see how specialized many animals were hundreds of millions of years ago."

The fossil was first found in the relatively unexplored Xiaoshiba (小石坝) deposit in Yunnan, located about 40 kilometers northwest of Kunming near the town of Fumin. As of yet, the site has not proven to be as productive as the more distant Chengjiang fossil beds. Those have a much longer and larger history of fossil discoveries, with 196 documented fossil species spanning sixteen phyla.

Yunnan is home to an extensive fossil record of prehistoric life which scholars continue to mine in efforts to better understand the structure and development of early Cambrian life. Previous findings in the province have included a 500 million year-old 'walking cactus' and some of the oldest and most primitive brains ever unearthed.