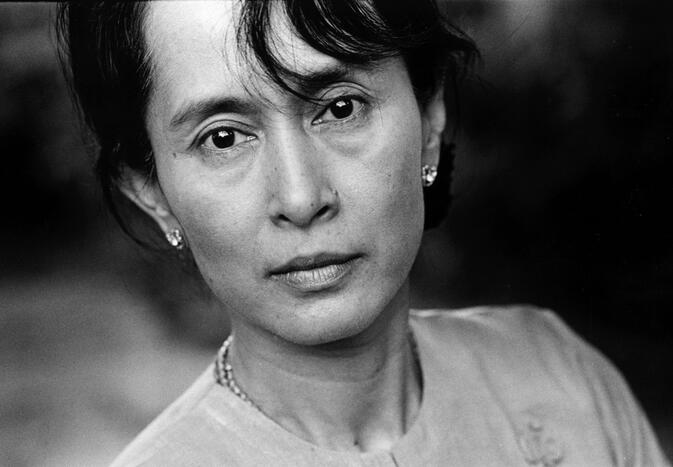 Myanmar's main opposition leader, Aung San Suu Kyi, begins her first ever trip to China today. Her visit comes amidst deteriorating relations between the two countries as politicians on both sides struggle to deal with a raft of economic and political issues as well as a border conflict that has twice involved bombs falling in China's southwest Yunnan province.

The Nobel Peace Prize laureate will visit Beijing June 10-14 and is expected to meet with both President Xi Jinping and Premier Li Keqiang. The summit will not be held without some irony, as China was one of Myanmar's strongest supporters during Suu Kyi's 15 years living under house arrest for publicly demanding democratic reform in her country.

Her welcome in China is politically expedient — a way for Beijing to cozy up to the opposition party before Myanmar holds a historic countrywide election this fall. Suu Kyi is chairperson of the National League for Democracy (NLD), which many analysts believe will make major parliamentary gains during the November vote.

Whichever side wins the upcoming elections — be it the NLD or current president Thein Sein's Union Solidarity and Development Party — will have huge decisions to make regarding relations with it's eastern neighbor. Economically, these include Chinese-funded infrastructure projects that Beijing considers vital to its foreign policy.

Of particular concern is the 1,215 kilometer-long Kunming-Kyaukpyu Railway, a planned 124 billion yuan (US$20 billion) endeavor that was abruptly cancelled by the Burmese government in 2014. The project was expected to follow the route of twin pipelines that currently provide southwest China with large amounts of both crude oil and natural gas.

The railway would have connected Yunnan's capital to deep-water ports on Myanmar's west coast and is instrumental to Xi's all-important Belt and Road Initiative. It also is seen by China's central planners as integral to the future development of Yunnan's economy. Cancellation of the plan raised the specter of failed cooperation on another project, the Myitsone Dam.

The US$3.6 billion joint venture between the two countries was suspended indefinitely in 2011 after extensive public protests in Myanmar over environmental concerns and worry that most of the hydroelectricity generated by the dam would be shipped to Yunnan. Suu Kyi has publicly voiced her own opposition to the scheme.

Border tensions will also certainly be a major topic of discussion during Suu Kyi's visit. Of Myanmar's many simmering conflicts, the one currently angering Beijing involves ethnically Chinese Kokang guerrillas. Fighting between rebels and the Burmese military caused tens of thousands of refugees to flee across the border into Yunnan and has twice led to errant bombs exploding in China's Lincang Prefecture. The second instance claimed five civilian lives, prompting Chinese officials to summon Myanmar's ambassador and then conduct war games along the Burmese border.

Such issues will no doubt be at the forefront of this week's meetings and how Suu Kyi performs in China's capital may have far-reaching consequences for Sino-Burmese relations. The Nobel Prize winner has presidential aspirations, and although she is currently barred from running for the office, has positioned herself as enough of a power broker to make Beijing take serious notice.

The Lady is no longer persona non grata. Who's next?

Before all the bleeding hearts start raving, lets not forget who this lady's family are and what they did.

Napoleon, what are you referring to?