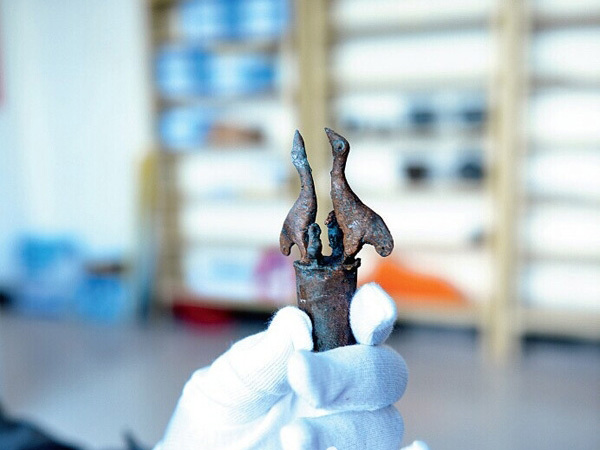 The ancient Dabona cemetery archeological site (祥云具大波那墓地) is located just south-east of Erhai Lake in Dali's Xiangyun County (祥云县). It was recently selected one of China's most important archeological locations for the year 2014. The list was announced by the Chinese Academy of Social Sciences (CASS) during its annual Archaeology Forum in Beijing.

The archaeological discovery of the Dabona cemetery site dates back to the 1960s, when a bronze coffin was brought to light. It was encased in a wooden structure and covered with a thick layer of clay. The tomb also contained several bronze sculptures, portraying animals such as horses, sheep and cattle, as well as a mounted horseman. Excavations were carried out in 1977 and again in 2008. Those digs uncovered several more bronze and pottery artifacts from two sites, both of which include evidence of human activity and burial tombs.

In the second half of 2014, a team from the Yunnan Institute of Archaeology resumed its work, uncovering 25 additional large tombs as well as what is thought to be a residential area 1.2 kilometers distant from the original dig location. Tools and objects used for crop cultivation, as well as weapons, bracelets and rings, were found during the most recent digs. Nearly all were made of bronze or clay. 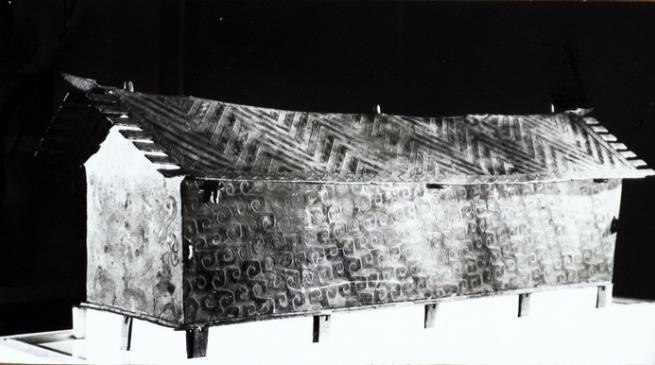 A copper coffin unearthed at the Dabona site

According to a Xinhua report, advanced archeological techniques — such as aerial photography and 3D laser imaging utilizing drones — were used at the site. Digital maps where then used to shape a scale model of the site for planning further excavations as well as future conservation efforts of the burial ground.

The Dabona cemetery relics are believed to be well more than 2,000 years old — dating back to a period between China's Warring States and the Western Han periods. According to CASS scientists, the new discoveries are particularly important because:

Though the burial style and burial goods are similar to those cemeteries around this region, they stand out as they used totally different funerary furniture. The data collected during this excavation casts new light on our understanding of the Bronze Age culture in the Erhai region of Yunnan.

A preliminary article on the excavation work published by website Yunnan Net reports that scientists are particularly interested in the pottery relics found at the cemetery. Traces of food found on the earthenware have yet to be analyzed but could provide never-before-seen insights into what daily life in this corner of Yunnan was like two millennia ago.