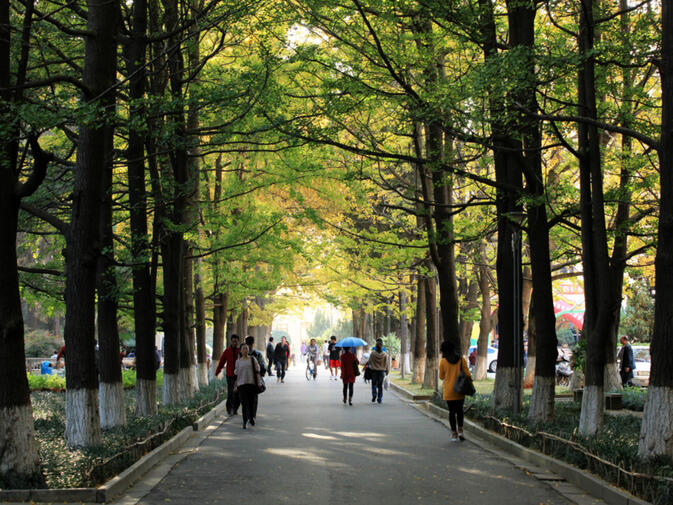 It may not be surprising to find out that university students struggle with issues of self-image. This is generally true of many 18-22 year-olds around the world. However, the extent to which Spring City students in this age group claim to be willing to go to change their outward appearances may be somewhat unexpected.

A recently conducted poll of students attending 30 Kunming universities showed that 37 percent of all respondents are interested in undergoing elective plastic surgery. The poll was distributed to thousands of undergraduates via micro-blogging platforms by local newspaper Spring City Evening News and Kunming-based marketing company Fengxun.

Questions generally covered material concerns, as might be expected when a poll is sponsored by an advertising firm. Respondents were encouraged not only to submit written answers, but also send in recordings and video. Roughly 21,000 people responded with what reporters characterized as "findings beyond imagination".

More than one-third of those polled — both men and women — said they have in the past or are currently considering getting some form of plastic surgery as a means of enhancing their appearance. Many said they were encouraged by technical advances in the field of body modification that no longer leave noticeable scars.

The most common procedures commented on by survey respondents were acne removal, laser eye surgery, skin whitening, breast augmentation and techniques used for creating double eyelids. The majority of those interested in cosmetic surgery said they believed better looks would help not only with self-esteem, but also eventually aid them in finding better, more lucrative careers after college.

The survey of Kunming university students reflects general trends across China. More and more people are lining up to have some form of cosmetic surgery, whether at home or abroad. China is home to an estimated 10,000 cosmetic surgery facilities that perform four million procedures a year. Many others head to foreign countries. In 2014, South Korea saw more than 200,000 Chinese 'medical tourists' arrive for elective procedures — a number that is expected to grow to one million annually over the next five years.

Consider??? 99% of all men consider having sex with a playboy model.

All brought to you by the advertising industry in cahoots with the suck-cess theory of value.

I'm assuming 21,000 replied and 37% OF THEM had considered it. If we incude those who didn't reply (I wouldn't) as they probably had better things to do, it might have been a quite different statistic...?

Was on a flight once, sitting next to a Taiwanese plastic surgeon. He said the demand in Yunnan was very high which was why he had spent a few weeks doing operations in Kunming.

First of all statistics in China don't mean a thing so this whole article becomes irrelevant.

Related to this topic see as well:
www.theguardian.com/[...]

In the elevator of my apartment block there is, since a few days, hanging an advertisement of Mylike aesthetic medicine which looks to be offering cosmetic surgery. On it the usual before and after pictures of two girls. As usual both are Photoshopped for maximal effect. Before a girl with a very strange shape of the face and a terrible skin condition and of course rather brown. After a scare synthetic construction with a milk white skin without a single blemish. The after shots are so Photoshopped that they become caricatures. Every time I am in the elevator I can't stop myself from looking at it because it is so hideous. Still I try to remember the name because even after the most terrible accident and with a completely burned face I still don't want to receive cosmetic surgery at this place.

Somebody seems to be reading this blog because the horrible androids have been replaced in my elevator with a more human looking model in a for the rest same advertisement.
The website of mylike still has the androids on it. One even in a very irritating overlay but then in a mirror image.

No surprise - androids are nearly universal in advertising, as the goal is always to manipulate rather than simply to inform - but I take your point about their preponderance in the propagation of this particular commodity.

A friend of my mother came to visit us oneday, she suggested my mother to bring me to somewhere to make facial surgery which she thought my skin is too tan and my eyes are not big enough in front of me..That is just very rude but funny at the same time. I am pretty happy with how I look like and I think that is the way makes me me rather than anyone else. Just funny to see how strange taste people could have sometimes :D

Also consider that résumés in China are expected to have a photograph. It is widely thought, and probably true, that a lot of candidates are rejected based on their appearance in the photo.

It may be another reason that people put on photos on their CV: there are so many competitors for a job in China,

There are so many people in China, the competition is very fierce as well. When many graduates have similar education/work background, look prettier may Plus their scores. And also in China, many company would like to hire some good looking staff as the reception people for the company. That is for the JiaoJi交际 purpose.

it is better to obey the natural rules, if you want to be beautiful, keep the healthy, no matter it is physically or mentally

Seeing the title 'dreaming of plastic' in the weekly email, I thought this was going to be some kind of new environmental idea students had come up with. Fat chance! :(