Season's greetings from the Kunming PSB 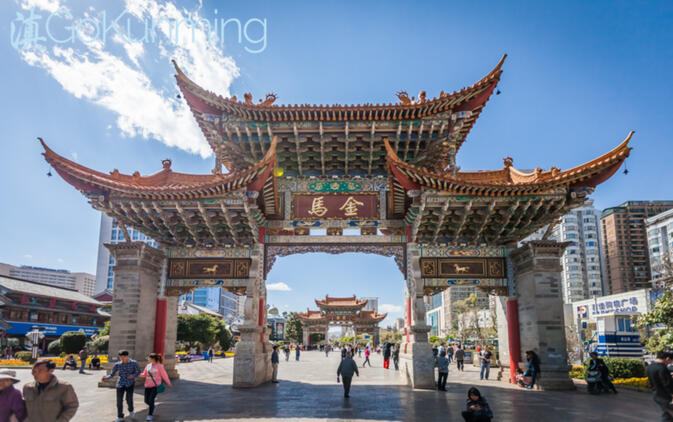 For the past several years, just before December 25, Kunming's Public Security Bureau (PSB) has issued at least one public notice reminding holiday revelers to mind their manners during the imported holiday season. This year was no different, although the powers that be may have published a few more edicts in 2014 than in years past.

Here then is a brief distillation of the various announcements, prohibitions, warnings and good wishes from our friends at the PSB. They are presented here, translated and abridged from the original Chinese, for your winter viewing pleasure.

Somehow, the 'tradition' of stockpiling massive amounts of aerosol spray snow and then descending on unwitting strangers under barrages of foam has become common around the city center. In an effort to limit such mayhem, the PSB has forbidden all unlicensed curbside peddlers from selling feixue (飞雪) products.

Previous holiday seasons have seen instances of "people chasing each other with spray foam snow and causing personal injury and property damage," according to a PSB statement. Because of this, anyone caught selling or using "counterfeit" spray snow products will be investigated for legal liability and possibly held criminally responsible. This is also true for other inflammable items — such as fireworks — deemed a danger to public order. Anyone wishing to report violations of the regulations listed above can call the PSB emergency number 110, or, for non-emergencies, the Urban Management Bureau at 12319.

The PSB also wishes to inform the general public that several streets bordering Jinbi Square and Nanping Square will only be open to one-way traffic on the evenings of December 24 and 25. Buses normally traveling through these areas may be rerouted and several thoroughfares will be closed to parking vehicles of any kind. These temporary changes will go into effect each night at 7pm and last until midnight. For a complete list (in Chinese) of roads affected, click here.

Not only concerned with traffic patterns and legal proscriptions, the police remind everyone to try and limit the amount of wasteful paper products and gifts they may purchase during the holiday season. Several PSB announcements end with the rousing reminder, "Do not litter on Christmas, be joyful, but don't forget to be civilized."

We at GoKunming couldn't agree more. Happy holidays, everyone!

If this is your first Christmas in town, it's probably a good idea to stay away from the whole bird and flower/zhengyi fang/jinma biji area, as well as Kundu. Absolute mayhem, especially on Christmas Eve.

i feel a song coming on.
'all i want for xmas is me viza done'

What holiday??? Christmas or Chinese New Year? Is PSB making this announcement to foreigners or to Chinese. I have seen many chinese children and a few chinese adults playing with the spray confetti but I yet to see one foreigner spraying this stuff.

Will the people who set up booths and sell fireworks also be - investigated for legal liability and possibly held criminally responsible. This is also true for other inflammable items — such as fireworks — deemed a danger to public order.

The prohibitions above are for Christmas Eve and Christmas. New ones will undoubtedly be issued for New Years (Jan 31). Although not mentioned specifically in any of the articles quoted, I believe "anyone caught selling or using "counterfeit" spray snow products will be investigated for legal liability and possibly held criminally responsible" pretty much means anyone in the city. Sorry for the confusion.

oops...date above should be December 31.

We just called 12319 - This is a useless notice - here is the key words - PSB has forbidden all unlicensed curbside peddlers from selling feixue (飞雪) products. So this crap can be sold in stores in any quantity and people can do whatever they want with it. This is an attack on the ppor - the poor people who are trying to make a buck selling this without a license.

This is a big LIE - anyone caught selling or using "counterfeit" spray snow products will be investigated for legal liability and possibly held criminally responsible. This is also true for other inflammable items — such as fireworks — deemed a danger to public order.

If the govt does not get paid, then they can not sell this. The sole purpose of this is to stop anyone who does not have a license. Key word - counterfeit.

My read.
This stuff can damage property, especially clothes and some paintwork. If you sell or use the stuff you can be held responsible for criminal damage. Complaints of this sort will be investigated.

My wife called today to inquire and they do not care about safety at all. Their only concern is catching the illegal vendors who do not have a license to sell. Same goes for fireworks.

I called because the public area next to my house was littered with empty cans of this crap this morning, so we called to tell them that the store was selling this stuff. They only care about illegal street vendors - nothing more. Licensed store can seel as much as they want.

@HF, in YOUR country, is anybody just allowed to sell anything they want anywhere? or do people need licenses?

Thats not the point - they make this annual notice as if there is concern for the welfare and safety of the people - public notice reminding holiday revelers to mind their manners during the imported holiday season when it has nothing to do with safety - In an effort to limit such mayhem, the PSB has forbidden all unlicensed curbside peddlers from selling feixue (飞雪) products.

Dont you get it? If this was about safety they would not allow this to be done any more - all they do is limit those who sell the stuff like spray and fireworks - limit those who paid for the priviledge - those who dont pay for the license dont get to sell.

This notice has nothing to do with foreigners, or X-mas, or safety - it is about stopping unlicensed vendors!

what do you expect from "the man"? sincere xmas wishes? doublespeak is what you get.

In my country, you don't need a licence as such (to sell most products). But you are regulated, which amounts to the same thing.

At the very least you must be a registered trader, pay tax, VAT, have insurance, and if you employ people the regulations get more complicated. There are very few exceptions to this, garage sales and church fundraisers being two of them.

And Merry Xmas everyone, even if that isn't PC anymore.

This article is a great example of a failed project. First of all, PSB should have notified the chinese, not the foreigners. When my wife called the 12319 number they had no idea what she was talking about. Secondly, if they want to put a stop to this mess they should stop the sale of this completely, not just go after illegal vendors who did not get a license to sell. Just another attack on the poor.