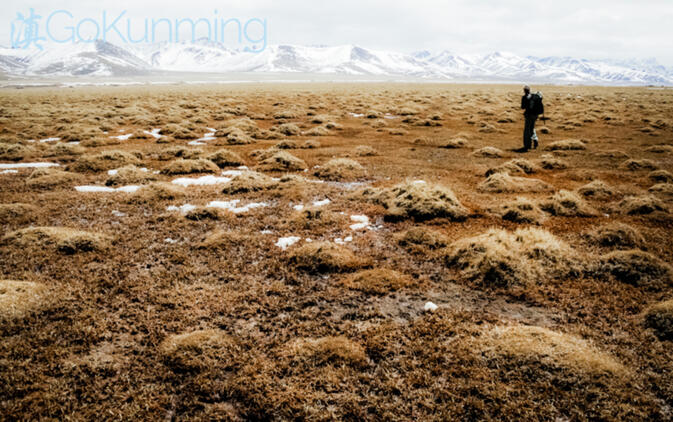 Editor's note: The following article by Beth Walker was originally published on website chinadialogue (requires proxy). It is reprinted here in its entirety and has been altered only to match GoKunming's format.

Large areas of grasslands, alpine meadows, wetlands and permafrost will disappear on the Tibetan plateau by 2050, with serious implications for environmental security in China and South Asia, a research paper published by scientists at the Kunming Institute of Botany has warned.

Warming temperatures, combined with a dramatic infrastructure boom, a growing population and overgrazing will combine to push fragile ecosystems on the world's largest and highest plateau from one state to another. This irreversible shift will mean the region no longer provides key environmental services — such as water and carbon storage — to the rest of Asia.

The Tibetan plateau is the source of Asia's major rivers, which support about 1.4 billion people downstream. The plateau also plays a key role regulating regional climate systems, including the monsoon.

The Himalaya and Tibetan plateau is warming three times faster than the global average. Rising temperatures have led to the melting of snow and glaciers and the degradation of permafrost — the perennially frozen layers of soil which underpin two-thirds of the plateau and provide essential carbon and water storage.

"By 2050 there will be a rough 30 percent decrease in the ecosystems that we're used to today," said Ed Grumbine, co-author of the research paper along with Xu Jianchu, who directs the Asian Highlands project at the Kunming-based research institute. Landscapes will shift from the current pasture, meadow and wetland into one with woody plants and scrubland. "Plants and animals that are living there today will be no longer be present or will be present in reduced numbers — enough to make a difference," Grumbine explained.

Scientists are already observing a range of climate change impacts from the region: this is not just the well-known snow and glacier melt, but also includes longer growing seasons, an increased number of frost free days, more cloudy days and more frequent heavy rainfall.

Many bird and snow leopard habitats are shifting, rhododendrons are blooming earlier, groundwater recharge is falling and local water resources depleting, according to the paper. In the eastern Himalayas, alpine meadows have turned to shrubland, with the loss of rare medicinal plants. Erosion is widespread across plateau's grasslands. 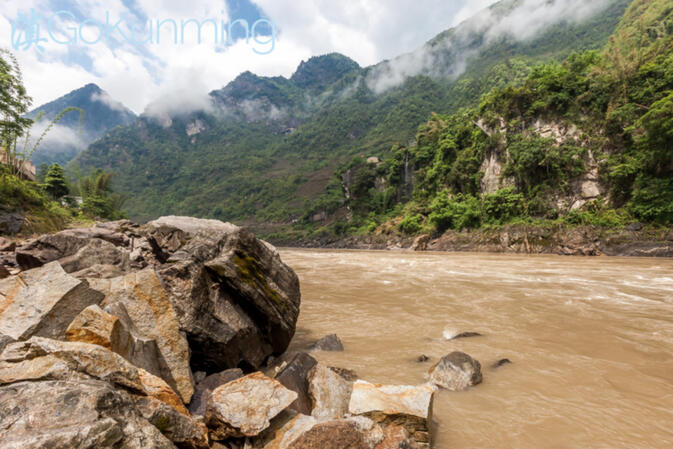 Some of the new projections coming from researchers are particularly stark and compelling, says Grumbine. "About 50 percent of protected areas [in the Himalayan region of northwest] Yunnan will have shifted to some other ecosystem type by 2050," according to a paper soon to be published by the team at the Kunming Institute of Botany. Over the same period, forests in the area will shift 269 meters higher up the mountains.

Another paper by the same team projected that around the sacred Mount Kailash region almost 40 percent of ecosystems will shift to a new state by 2050, representing a significant loss of rare alpine biodiversity.

"This is happening across the entire elevation gradient. And so warmer forest types will become more common and the colder alpine and subalpine forests will move up the mountain — the pastures where yaks and cattle graze will be reduced in area significantly, " said Grumbine.

However, these climate projections come with a number of caveats. Most of the scientific work is based on global models of climate change that are downscaled to the regional level, and each step along the way there is a lot of uncertainty when modeling the future.

There are also confounding signals, Grumbine points out. On the Mount Everest area of the plateau, for example, grasslands are expanding rather than contracting — such as in parts of Qinghai province. Permafrost is disappearing faster in the southern regions of the plateau than in the north. This shows climate change is having different impacts in different areas of the plateau.

The impact of growing human activities on the plateau is even less well understood. The tracks of the world's highest railway on the plateau are sinking as the permafrost thaws below, according to Chinese media reports. However, no published research exists on the impact of railways or roads on fragile permafrost or water resources. And the future impact of the mining and tourism boom, as well as a massive dam building program underway in Tibet is also unclear.

All this uncertainty and regional variance doesn't bode well for an early response from policymakers to climate change on the Tibetan plateau. "There is so much flex in the decision-making system and the science — unless the signal and the science is clearly compelling most people are not going to act," says Grumbine.

rather scaring. the dominant race does not seem to know what he is doing nor to apply caution principles

it seems unfortunatly many tibetans also do not care, for instance throwing theur garbage all over. last time i went shangrila, we spent an afternoon cleaning garbage around our master temple

i myself try to b more ecology aware and responsible. it seems that every act of consumption is bound to have ecology impact.

on final note, some tibetans believe that not respecting nature might irritate forces and create disasters. earthquakes?

You're right, scary. Education about the results of throwing garbage around would be a good idea, though there's no reason to think earthquakes will result. You're right that every act of consumption has consequences, be nice to see people, especially relatively affluent ones, get as conscious of this fact as many now are about throwing their garbage on the street etc.