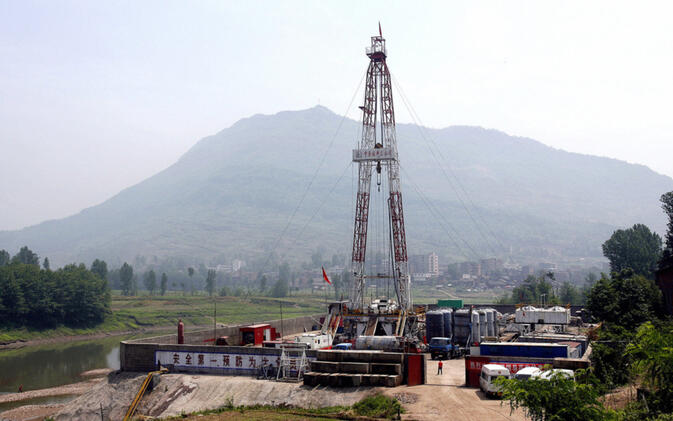 Two years ago, perhaps roused by the unprecedented natural gas boom in the United States, Beijing announced it intended to aggressively develop the country's hydraulic fracturing infrastructure. Extraction targets set at the time have now been cut by more than half, according to China's National Energy Administration (NEA), due to cost concerns.

Wu Xinxiong (吴新雄), who sits on the National Development and Reform Commission and is deputy director of the NEA, announced earlier this month China would reset the 2020 shale gas target to around 30 billion cubic meters. Initial goals announced two years ago had ranged between 60 and 100 billion cubic meters, but those numbers are now considered unattainable by the government. "The previous targets were more of a vague prospect, a hope. Thirty billion cubic meters is a more realistic goal," a government source told Reuters.

China currently produces the vast majority of its energy from burning coal, leading the country to claim the dubious title of world's largest emitter of carbon dioxide. In 2012, obtaining cleaner-burning natural gas through hydraulic fracturing, or fracking, appeared to be a silver bullet of sorts. Beijing was searching for ways to cut overall emissions levels and simultaneously feed surging domestic energy demands. Fracking — a method which involves injecting huge amounts of water and chemicals into ground wells to split rock and free pockets of natural gas — fit the bill.

By using natural gas extracted through hydraulic fracturing, the United States had drastically decreased its dependance on coal and reduced CO2 output by more than 92 megatons in 2011. The Chinese government was quick in its decision to try and emulate US success, no doubt bolstered by data confirming China sits atop the largest reserves of shale gas in the world. 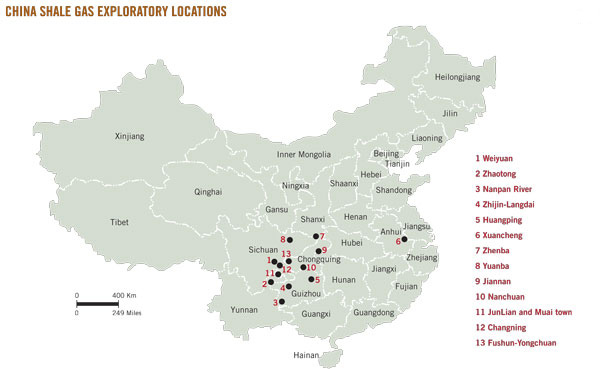 Beijing projected it could rapidly develop a world class fracking industry, basically from scratch, and in less than a decade. International industry leaders largely panned the idea and the recent NEA announcement appears to confirm such analyses. A lack of funding was given as the main reason China needed to cut its shale gas targets so drastically. And while developing technology and conducting exploratory surveys may indeed be expensive, these costs, argue some analysts, were known to Beijing from the outset.

The architects of China's energy policy may simply have been the victims of their own optimism. Other factors, however, could be steering Beijing away from its once-vigorous enthusiasm for fracking. Almost half of the country's estimated 50 trillion cubic meters of shale gas reserves lie beneath the administrative regions comprising earthquake-prone southwestern China.

A lengthy report issued in May 2014 by the state-run China Mining Association (CMA) is entirely concerned with possible links between earthquakes and hydraulic fracturing techniques, especially those in wells near Chongqing. The article cites an ongoing 20-year joint study conducted by Chinese seismological bureaus and the Geological Survey of Japan in the Rongchang (荣昌) gas fields in Chongqing Municipality.

Researchers have so far recorded 30,000 earthquakes — some of them 5.0 in magnitude — in Rongchang County since water injection mining techniques similar to fracking were first introduced to the area. Lei Xinglin, a scientist working on the survey, said this is far more earthquakes than in the past. He told the CMA there is a direct correlation between current gas extraction tactics and increased earthquakes in nearby areas:

The geological characteristics of the areas rich in oil and gas reserves in the Sichuan Basin, Yunnan, Guizhou and Guangxi regions show that a high risk of large magnitude earthquakes could occur with large scale exploitation of natural resources underground. Injecting water deep underground in these areas would undoubtedly raise seismic risks.

there is a direct correlation between current gas extraction tactics and increased earthquakes in nearby areas - So this scientist must be a conspiracy theorist since he claims fracking causes earthquakes. Finally, somebody speaks the TRUTH!

Frack that!
(Reminds me of the Battlestar Galactica series)

Why is this a conspiracy theory?

When the government wants to discredit or make fun of facts they label it 'conspiracy theory' to ridicule whoever is bringing out the truth.

Does anyone know of a good source to find out about all the earthquakes that took place in YUNNAN?