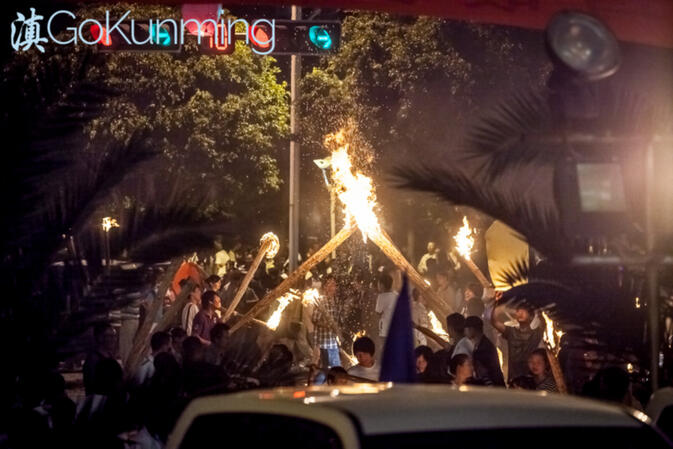 Southwest China is home to a fantastic array of cultural festivals. Often these are associated with the concept of the Five Elements (五行) — earth, fire, metal, water and wood. Dai people observe Water Splashing Festival (泼水节) to mark the new year, while the Wa live it up in the mud during their annual Rub You Black (摸你黑) celebration.

Not to be outdone, the Yi people are preparing to hold a multi-day event of their own, one that commemorates a cultural foundation story. Massive bonfires will be lit, bulls will lock horns, children will roam the streets brandishing torches and those who plan ahead will be armed with bags of explosive resin. Get ready, it's Torch Festival time. 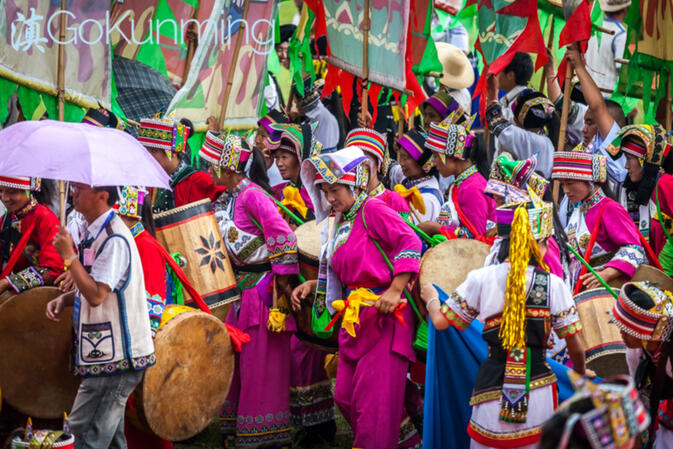 Torch Festival is held on the twenty-fourth day of the sixth month of the lunar calendar. This year that date corresponds to July 20. Much as many other minority traditions have been co-opted by local governments, Torch Festival is growing as a tourist attraction. Despite this, local customs continue to hold sway. 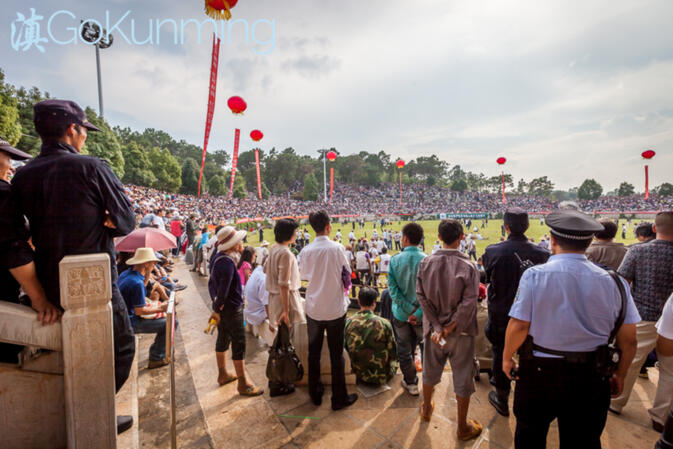 Perhaps the largest celebration in Yunnan occurs each year at the Stone Forest (石林). Performances during the day draw thousands of Yi people brightly dressed in traditional finery. 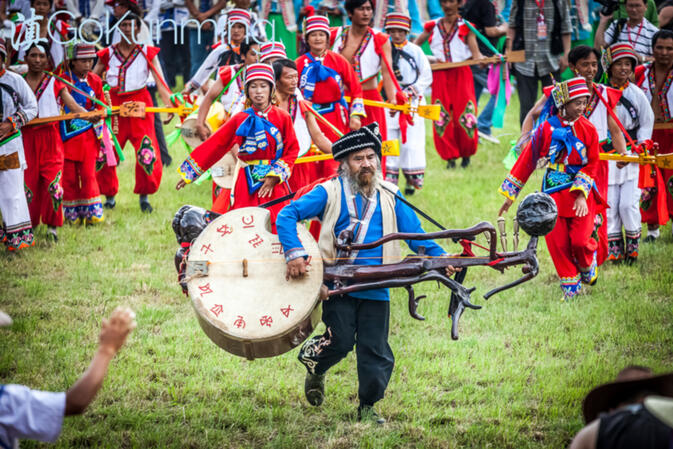 Folk music and dance are cornerstones of Torch Festival, with the Yi three-string lute playing a central role. The instrument is a major part of Yi oral tradition and its origins are explained in a parable on friendship. 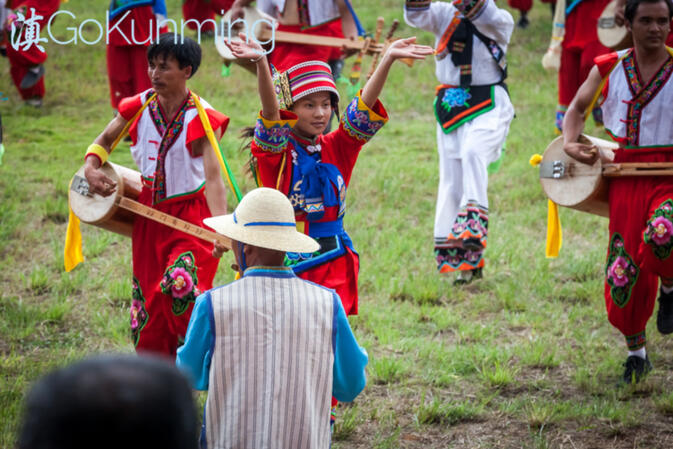 The Yi people are one of the most populous minority groups in China, living mainly in the provinces of Guangxi, Guizhou, Sichuan and Yunnan. Torch Festival is celebrated in all of those provinces and although several other minority groups also hold their own versions, the Yi mark theirs to remember a mythological battle between the gods of the sky and earth. 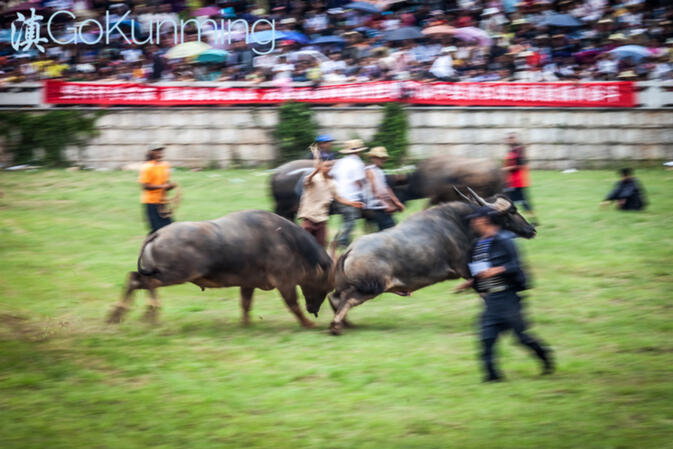 Bull fighting is another feature of the festival. This is not done in the Spanish style where a man faces off against an angry steer. Instead, the Yi pit the animals against each other — one winning when the other turns tail and runs. 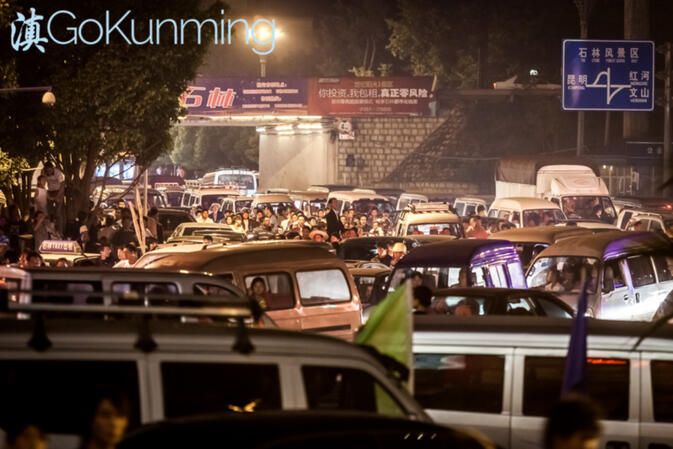 During the evenings, the streets of Shilin are packed with revelers and tourists. Traffic can become ensnarled as thousands of pedestrians wander the avenues brandishing torches of all different sizes. 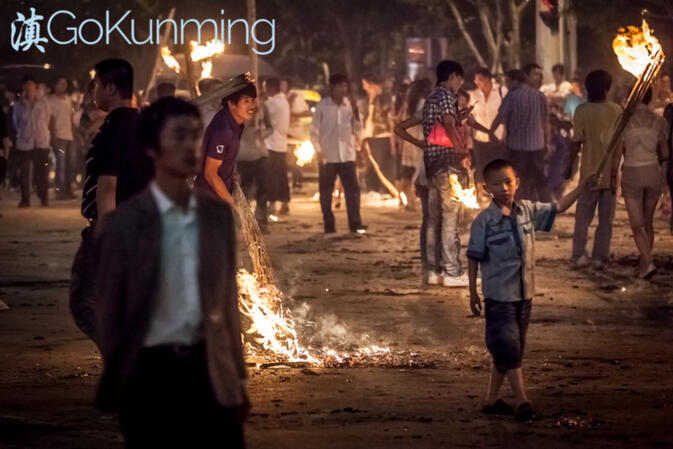 According to Yi legend, the sky god and earth god once fought a tremendous battle. Only with the help of Yi people armed with pinewood torches could the sky god be forced back to his dominion. 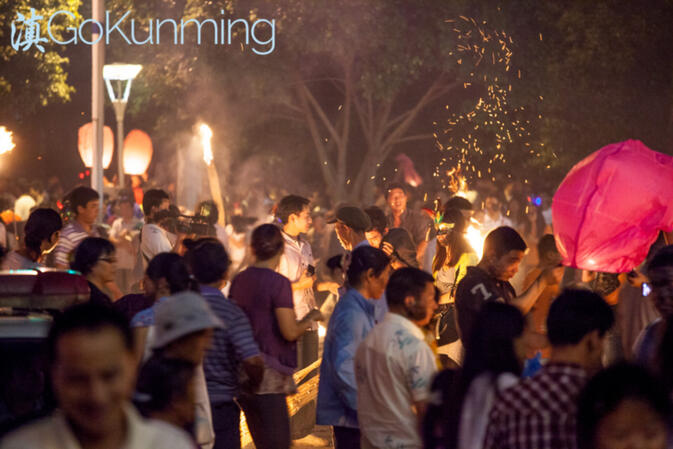 With a nod to this story, torches used during the festival are made of pine. Adding to this pyromaniac's dream, pine resin is dried into a fine powder that, when thrown through a flame, bursts instantly into a fireball. 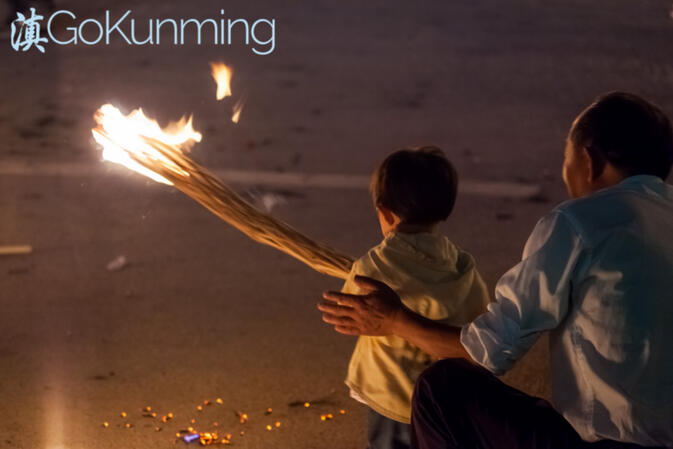 stone forest? i was told it was held in chuxiong.

The Earth God gave him that for his assistance in the battle.

They have some kind of festival going on in the yunnan minorities village near Dianchi lake tonight, passed by and see quite a lot of people wearing little headdresses :o)