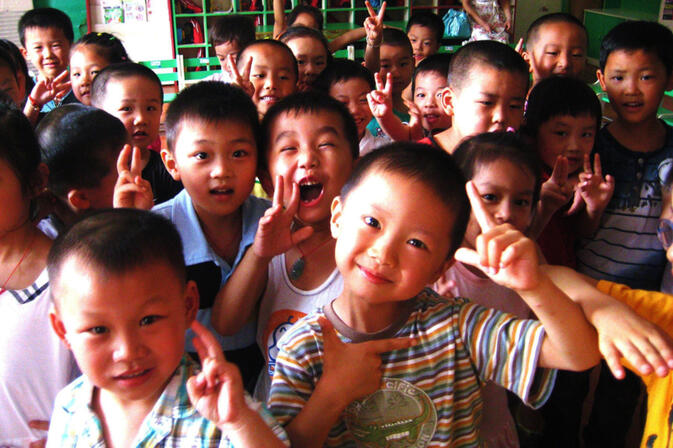 The official price of sending a child to public kindergarten in Kunming just went up. Way up. On July 1, members of the municipal Development and Reform Commission (KDRC) announced a price restructuring scheme that nearly triples the monthly fee for each newly enrolled student.

Beginning in the fall semester, Kunming families sending their children to kindergarten for the first time can expect to pay 420 yuan per month. The previous fee was 150 yuan, which was often augmented by schools charging extra for non-essential services and materials. Education officials deemed the price hike necessary after a government audit found kindergartens across the city to be woefully underfunded.

The two-year inspection of 49 kindergartens — conducted between 2010 and 2012 — found average monthly expenditures per pupil by the schools was 700 yuan. The 550 yuan discrepancy between actual expenses and tuition was then paid for by the aforementioned extra charges as well as by funding provided by the municipal government.

Laws governing kindergarten fees in Kunming were last updated in 2003. At that time, KDRC capped monthly tuition per student at 150 yuan, a price which included costs for everything from building schoolrooms to paying for teacher salaries. One major expense left out of these calculations was the cost of meals, which often doubled or even trebled parents' monthly school expenditures.

The new tuition scheme announced this week still does not cover school lunches, but add-on fees common in the past are no longer permitted. Prices also drop each successive year a child attends kindergarten. First-year pupils must pay 420 yuan per month, with second- and third-year students incurring payments of 400 and 380 respectively. There is no retroactive increase for parents whose children are already enrolled in any of the city's 289 public kindergartens. The 830 private kindergartens registered in the city are also unaffected by the changes.

In addition to parents paying more for early formal education — which for many Kunming children begins before they turn three years-old — the city government has pledged more money toward public preschools.

Over the next three years, it plans to spend 678 million yuan (US$109 million) on upgrading school buildings, hiring more teachers, and enrolling more students, all while shrinking class sizes. By 2016, according to announced targets, 98.5 percent of all children aged three to five years-old in Kunming will be enrolled in and attending kindergarten.

At 420rmb/month, a lot of Kunming kids are not going to be going to kindergarten.

cute kids. school should be free.

That's why you are going to see more and more illegal kindergartens poping up.

Now, if only my salary would triple (as opposed to my weight and girth)...sigh...

Nothing mentioned about the "black money" that usually has to be paid to keep the teachers/leaders sweet?

Does it, usually, for kindergarten teachers?

I've been told so by those in the know, yes.