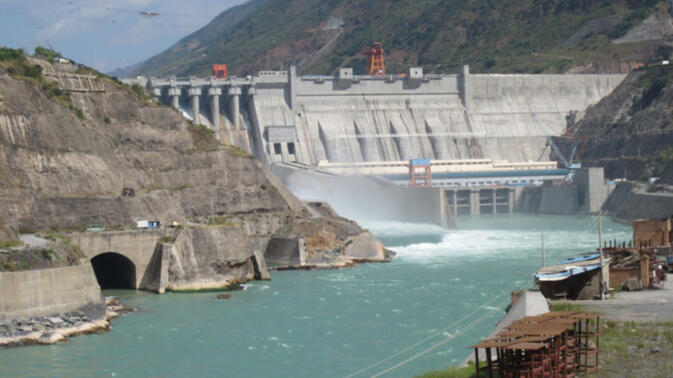 A recently constructed dam on the Jinsha River has come under intense scrutiny after allegations of major structural damage were made this week. National media outlets report that a sluice gate on Ludila Hydropower Station (鲁地拉水电站) was destroyed, causing the dam to sit un-repaired and largely idle since June of last year.

Accounts of the actual state of the 22 billion yuan (US$3.5 billion) project vary wildly. Initially, Yunnan Jinsha River Hydropower Company (云南金沙江上游水电开发有限公司), which manages the dam, told China Enterprise News (CNE) that any damage done to the power station was repaired months ago and the facility was operating normally. However, a CNE journalist sent to the dam contends the sluice remains broken and additional structural damage far exceeds initial reports.

Last June, a sluice gate was completely ripped from its moorings when water flowing through the Ludila generators exceeded capacity by 300 percent. A spokesman for China Huadian Corporation (中国华电集团), which funded construction of the dam and produces one-tenth of China's electrical power, now maintains an investigation into the condition of the power station is ongoing. When questioned further, the official refused to elaborate, South China Morning Post (SCMP) reports.

In addition to the destroyed gate, the CNE report states the 140-meter high dam wall has an unplugged hole at its base, below the waterline. Officials are currently considering options for repairing the breach, which has not been inspected due to fears SCUBA divers could be sucked into the rupture and trapped by the force of running water. No announcement has been made on how or when the dam will be repaired. 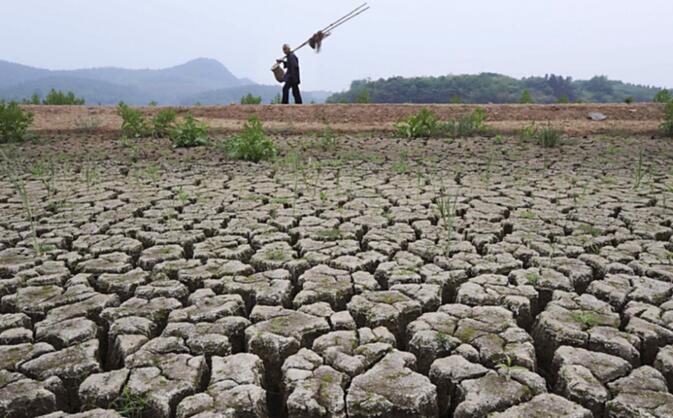 Further exacerbating the situation is Yunnan's intense drought season. A photo published in the SCMP account shows the reservoir behind the Ludila dam is largely empty. In some places the dry ground has cracked open and water levels are so low that nearby villagers have begun to collect exposed silt and sand for use in making cement.

The Ludila station is one of 12 cascade dams currently in operation on the Jinsha River. The dams were built over the last decade as part of the 'West-to-East Hydropower Project', which aims to send electricity generated along Yunnan's Three Parallel Rivers to energy-hungry provinces on China's east coast. In total, the Jinsha River dams have an installed capacity of 59 gigawatts — nearly as much power as all 4,000 generating stations in the United States.

This is not the first time the Ludila Hydropower Station has experienced a major setback. China's Ministry of Environmental Protection suspended approval for Ludila and several other Jinsha River dams in 2009 when it found builders had illegally blocked the middle reaches of the river. Construction was suspended pending the completion of environmental impact assessments that were formally submitted in 2012. The facility, located 128 kilometers northeast of Dali Old Town, became fully operational in the summer of 2013, just weeks before the sluice gate accident occurred.

Surprise!Surprise!Surprise! NOT!!!!
Just like all these tall hi-rise, the construction is shoddy. Using inferior materials and cutting corners is the normal . I hope that when an earthquake hits the center of Kunming City, the buildings don't start falling like dominoes.

No, only the schools will collapse like in Sichuan.

Good time to start using less water and electricity - industrial 'progress' is clearly not the free ride it was thought to be some 150-200 years ago.

The more damns they have on a river, the more potential for catastrophic failure. You can imagine what would happen if a dam in the upper reaches of a river experiences catastrophic failure, the resulting surge of water to the next dam will likely cause that one to collapse creating a massive domino effect with an unparalleled level of cascading destruction. And the Jinsha river is set to have 11 damns on it, with another 11 on an upper reach of the river, the TongTian, extending into Tibet.

To hear they are building dams that cannot even handle the amount of water that occurs in the first year causing a potential collapse is mind boggling. What happens when they get a particularly bad rainfall year and/or and earthquake? Utter devastation awaits...

Is this dam in Lijiang or Dali? I am sure this dam has to belong to a certain county.

Even wiki is equally inept - The Ludila Dam is an under construction gravity dam on the Jinsha River near Lijiang in Yunnan province, China. Construction on the dam began in 2007 and was halted in June 2009 by the Ministry of Environmental Protection after it was being constructed without approval.

Near Lijiang? I can name at least 3 prefectures in Yunnan that are near Lijiang.