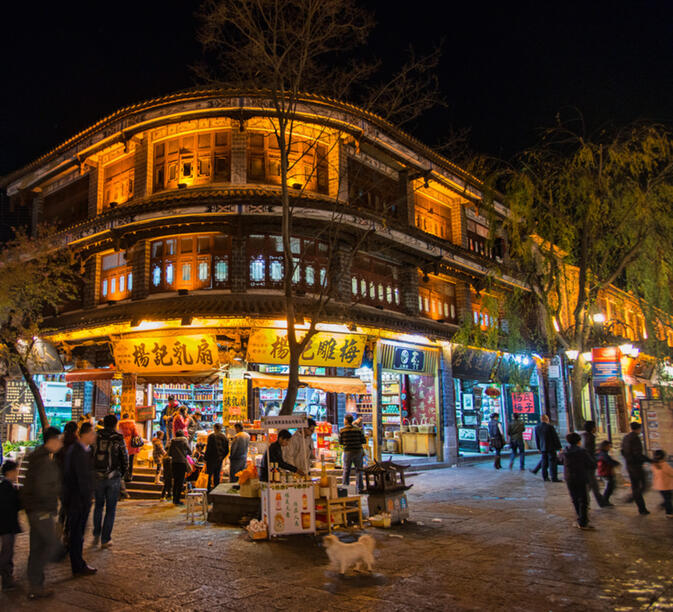 While China's economy slows after two decades of explosive growth, financial backing in key business sectors in Yunnan continues to increase. A document released earlier this week by the Yunnan Real Estate Association (YREA) reports investment in the province's tourism and real estate markets combined to top two trillion yuan (US$321 billion) last year and that number is expected to grow in 2014.

Fueling investment numbers are several enormous projects aimed at expanding Yunnan's already thriving travel industry to places that the government has deemed underdeveloped. Ten "5A tourist attractions" scattered around the province are currently under construction with secured investment totaling 74 billion yuan (US$11.9 billion). All projects have scheduled completion dates in 2015.

Other themed development endeavors include a Jurassic dinosaur valley in Lufeng, a fossil exhibit in Chengjiang, a paleolithic park in Yuanmou and a Nanzhao Kingdom attraction outside of Dali. In addition to the ten major tourist attractions, investment numbers reflect remodeling work or the wholesale construction of 60 "specialty tourist towns" in Yunnan.

Economist Yin Ziqin (尹子琴), quoted in the YREA report, said many of the plans represent a new phase in the development of Yunnan's tourism industry. Several of the projects are incorporating villas and other property development schemes into their planning, hoping visitors will buy second homes at these destinations. According to Yin:

A big problem with the tourism sector in Yunnan is that travelers only spend a short time [here]. If "tourists" can be turned into "guests", Yunnan tourism can reach a higher level. In this way, the tourism and real estate industries can develop together.

While the investment money flowing into Yunnan may be an encouraging sign of continued growth for the provincial economy, it is not without drawbacks. Earlier this year, eleven construction sites on the shores of Fuxian Lake were closed down due to environmental concerns. China Central Television broadcast two exposés in February to a national audience documenting violations at the "tourist real estate projects". Work remains suspended indefinitely until new environmental impact assessments are completed.

Ah. More amusement parks to promote and distort the understanding of history.

Theres a plan concerning a super fast train from Kunming to Stone Forest too. (This plan was made quite recently, so it should be there too - or is it cancelled...)

Anyway, that train would bring a great opportunity to have a chance to have monitored plastic Sea-gulls flying around the train, and an Eiffel Tower there somewhere half way down the road. Maybe some kangaroos too there on the way. Probably other good ideas too.

If government wants to have "guests" instead of short visit "tourists" they should encourage cultural and historical "reality" at all levels of budget, from luxury to village life. Culture is so diverse in Yunnan it offers interesting variety to the tourist instead of the same junk for sale...this is why people dont stay, they know it's the same junk everywhere..
In addition of things for tourist to "see and buy" simple activities need to be offered by local people which offers variety..

It's education to the masses of locals..
Instead, the greed of the upper management wants to control all the tourists to visit their resort and discourage any competition..

So many of these fantasy resorts/ideas are going to fail.
So much waste in china..sad..

There are numerous failed resorts across China. There was a resort built at Anning Hot Springs, complete with mountain walks and cable car. The remnants of the cable car can still be seen.
I find it interesting that the figures for tourism and real estate have been compiled. An increase in the combined figure does not necessarily mean that both are growing.

Foreign visitors are only going to be short term, rather than guests simply because the new visa regulations have shortened the amount of time visitors can stay in China.

I think something may have been lost in translation. It sounds a bit like the 'guests' will be those buying real estate (maybe holiday homes). Not sure, just trying to make sense of it.

I see this news and I sigh. There are lots of places in Yunnan that could potentially go down the Shaxi path, if enough locals and creative types put in the effort. I've met people like this in my travels around Yunnan, so I have hope. But then these planners come in with their plans to gussy up towns and smack labels and golden plaques on them. The shame is that most of the towns on their list are cool towns which deserve to be seen. After the planners get done with them, they they won't be so cool anymore.