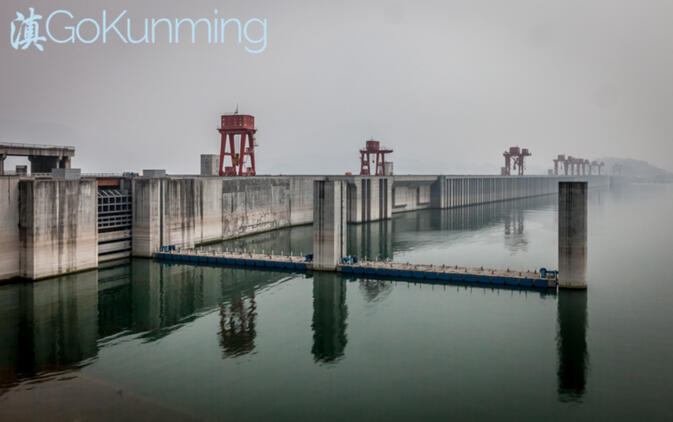 The Three Gorges Dam as seen from the upriver side

Editor's note: The report below was originally published by The Wilson Center, a US-based think tank which "provid[es] a link between the world of ideas and the world of policy". The Wilson Center's China Environment Forum and Circle of Blue are responsible for creating the map and accompanying analysis included in the article. If you would like to see more studies regarding water, energy and population issues in China, visit Choke Point: China.

When it comes to climate change, China presents a conundrum. It is the world's largest greenhouse gas emitter and consumes more coal than all other countries in the world combined. Strikingly, China also boasts the largest installed hydropower, wind, and solar capacity in the world.

China's central government is taking climate change seriously as seen in its plans to increase the share of non-fossil energy to 11.4 percent of total energy consumption through an additional 160 gigawatts (GW) hydropower installed capacity, along with ambitious expansion in renewables and nuclear. Ramping up hydropower and other non-fossil energy has gained particular urgency in the face of worsening smog problems over cities in north China.

The country is currently planning to build at least 84 major dams in its southwest region. This interactive map shows the scale and number of these planned, under construction (33), existing (40), and cancelled (14) major dams. These and other dams nationwide will increase China's hydropower capacity to 284 GW — more than that of Europe — by 2015, and 380 GW — more than that of Europe and the United State combined — by 2020. 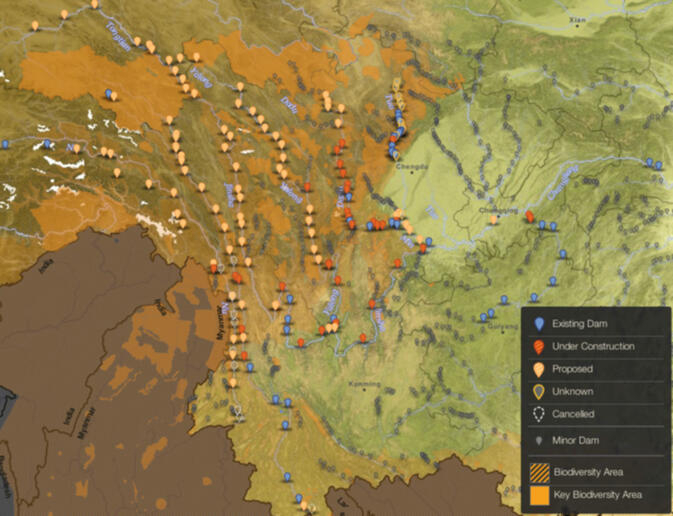 For an interactive version of this map containing dam names and locations, visit The Wilson Center website

Climate mitigation at the price of adaptation

The climate and pollution conundrum goes even further as hydropower could compromise the nation's river ecosystems. More than 70 of the dams planned or being constructed are located in areas that Conservation International has identified as biodiversity hotspots. In this particular region, the three parallel rivers — the Nu, Lancang, and Jinsha (upper Mekong, Salween, and Yangtze, respectively) — construct corridors that connect tropical rain forests to the Tibetan Plateau. These corridors — sometimes referred to as climate refugia — allow species to easily migrate to cooler, more suitable climates as temperatures rise, assisting species to more easily adapt to climate change.

The cascades of dams, however, will submerge parts of these corridors, dewater tributary river stretches between dam reservoirs, and make them less suitable habitats for many plant and animal species. Reductions in the diversity and overall robustness of ecosystems will in turn negatively impact the human communities that depend on those ecosystems. Moreover, large dams flood large areas of land adjacent to the river, land that is usually highly fertile and valuable to local farmers. 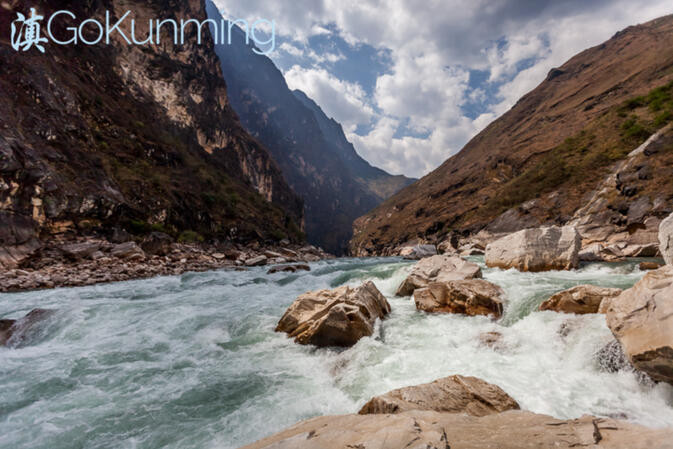 Many of the existing, planned, and under construction dams in China's southwest lack comprehensive environmental and social impact assessments to fully evaluate their true benefits and costs. Undervaluing ecosystems and their services has resulted in the prioritization of pressing carbon reduction goals in China, while ignoring the significant ecological, social, and economic impacts of these hydropower projects.

Notably, Chinese dam developers have often failed to respond to concerns over their build-out's impact on downstream Southeast Asian countries, by limiting or outright refusing to share data on water and sediment that are critical for understanding how downstream riparian habitats will change. At the same time, developers must be especially attentive to the negative impacts on local communities in southwestern China, who face social and economic challenges after resettlement.

In December 2013, a group of Chinese environmental NGOs released The 'Last Report' on China's Rivers, an executive summary of which is available in English. The report is a comprehensive assessment of China's rivers and the lessons of past unchecked hydropower development.

Chinese environmental groups advocate for an urgent determination of ecological redlines for China's rivers, ambitious promotion of renewable energy, and a major push for ecological conservation legislation. How China can balance hydropower development and ecological protection in the coming years will have far-reaching consequences for China's sustainable development, the environment for its future generations, and the wellbeing of mainland Southeast Asia. 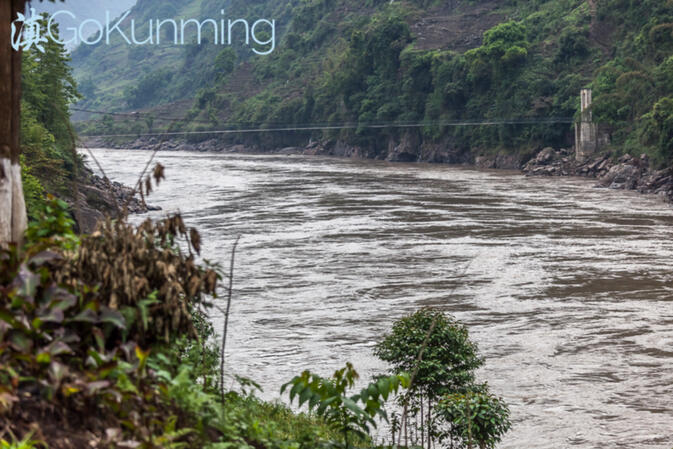 A bridge over the Nujiang River near Fugong

I wish they would give a dam tour!