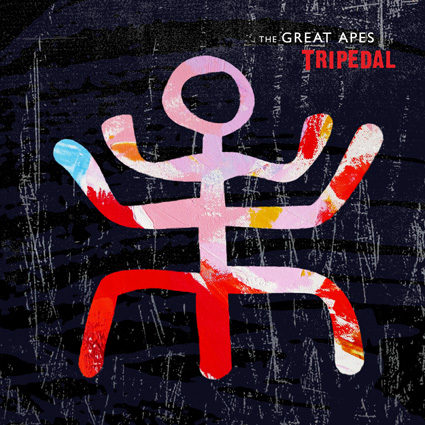 Can a band have an album release party without making a shiny vinyl or plastic disc available to its fans? For the members of Kunming rock band The Great Apes (类人猿) the answer is a resounding yes. "CDs are artifacts now. People just download music, but I think they still want something physical when they hand over cash," explains David Tedeschi, the band's lead singer and guitarist.

The Great Apes, who in addition to Tedeschi, are Charlie Heath on bass and Philippe Semanaz on drums, will test that theory on Friday, December 13. On that auspicious evening the band will throw two album release parties — first at Camel Bar and later at Mask. 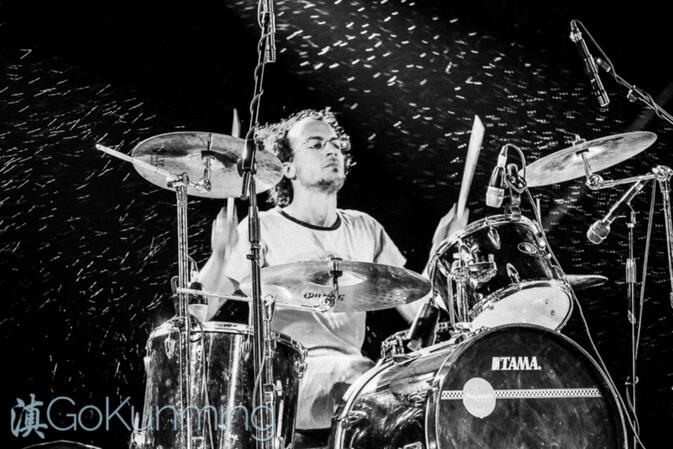 Their collection of recordings, entitled Tripedal, was recorded by Jan Hassmann, who will also sit in with the band on Friday. The album will be on sale in the form of USB flash drive and include video as well as 10 songs. The unconventional album format mimics the band's three-year run of odd experiences in Yunnan.

The band has performed at most of the major provincial music festivals, but say perhaps their strangest highlight was playing during a major boxing event at Kunming Municipal Gymnasium. Tedeschi recounts the story through bouts of laughter:

They threw us right in the ring! The sound people had to jury-rig all the cables and solder them together on the fly. The public address system was so far away that Philippe couldn't hear the drums for at least a second after hitting them and I just started screaming my lyrics. Eventually the songs just got slower and slower. 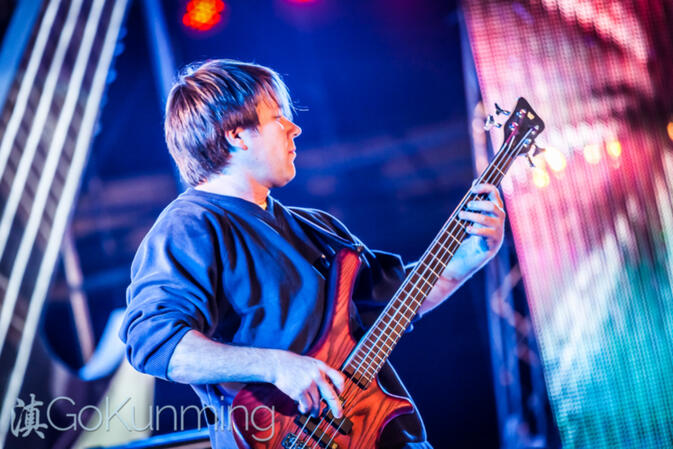 The Great Apes formed in 2010, when front man Tedeschi first met Semanaz while the two were participating in open jam sessions at the old Speakeasy Bar. They began performing as a duo and quickly decided they wanted a bass player as well.

A classified ad on GoKunming was answered by Heath and Heath alone. The three clicked immediately. "We were super grateful he answered that ad," Tedeschi told GoKunming last week. The Great Apes have had five other members play second guitar over the intervening years, but ultimately stuck with being a three-piece.

The band name comes from what foreign musicians in Kunming and around China pejoratively refer to as 'monkey shows' — gigs given by Chinese businesses to laowai to attract attention. The three considered themselves kings of the trained monkeys and it didn't hurt that Tedeschi had previously taught a class in primatology while working on his masters degree.

Tripedal is The Great Apes first album and came about fairly organically. According to Tedeschi, songs simply fell into place:

I'll write a riff and mumble along with the thing until we record — then I'm forced to write actual lyrics. The album's influences are based on all my years of listening to post-punk combined with my recent interest in blues-rock — bands like the Black Keys. Philippe can roll at will and Charlie can run at will.

Having only three people in the band means we have room to express ourselves, experiment and be a bit more loose. All three of us get bored easily unless we challenge each other. We all have stuff outside each other's tastes. It took us a couple of years to figure that out. We all like jazz and prog rock and Philippe and I like reggae a lot, while Charlie is more into heavy rock. 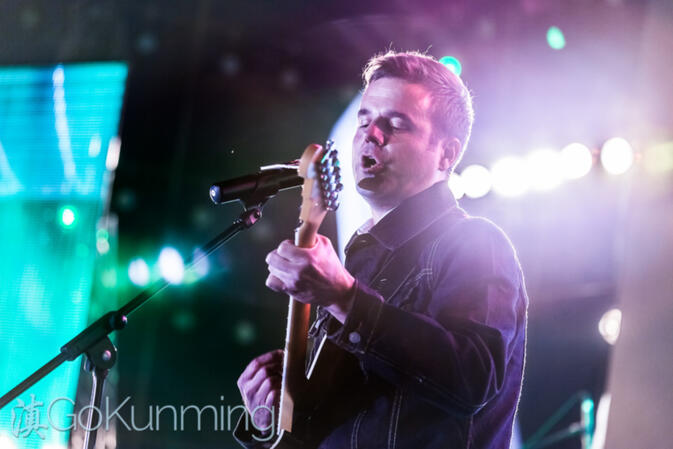 Tedeschi went on to say that fewer and fewer foreign bands are being asked to play festival-sized gigs in Yunnan. He doesn't know the reason, but says The Great Apes hope the release of a studio album will show concert promoters that Kunming bands, whether laowai or homegrown, still have the requisite chops to play any venue. "We all hope more bands will keep coming up and continue to make things interesting around here," he says.

The Great Apes will play Camel Bar at 10pm, December 13, accompanied by Hassmann and a horn section. Ferraris From Hell will open the show. A second set at Mask will begin around midnight. Both performances are free. 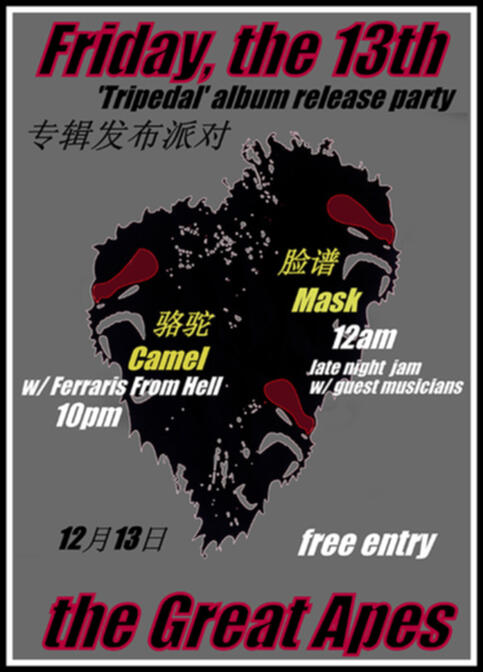 We have one of the newly recorded song available for streaming here: www.reverbnation.com/[...]
Hope to see you tomorrow!

Album artwork has been added as the top image.

Good gig at the Camel.

Hi all, David from the Great Apes. Thanks so much for an awesome night at the Camel and the Mask. Thanks to Dengling and Alex from both spots in making it all happen. Thanks to the Ferraris from Hell for putting on an awesome show. Thanks to KM for supporting local music!