Yunnan: A Chinese Bridgehead to Asia

By Patrick Scally in Features on September 30, 2013 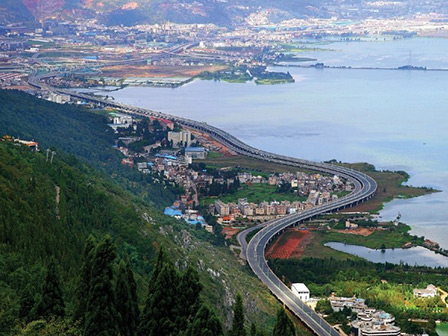 Editor's note: This article was written by Kerry Brown and is reprinted with permission from the Asian Review of Books.

We are often told that China is a continental-sized economy, but it is good to be reminded just how unique some of its provinces and autonomous regions are. Yunnan, with lengthy borders with Myanmar, Vietnam and Laos, is one of the most distinctive. As Tim Summers's study Yunnan: A Chinese Bridgehead to Asia makes clear, it has a diverse ethnic population (though those classified as Han Chinese make up over half the current population), a rich biodiversity and some of the most breathless natural scenery to be found anywhere in the People's Republic. Its history, too, which he covers in the third chapter of the book, ranges from a period of utter separation from the extant dominant polities and cultures of China that existed from the Han, Tang and Song Dynasties, through its gradual assimilation into the Ming and Qing empires to its total absorption as an integral part of China today.

Yunnan is presented in Chinese government discourse as a "bridgehead" and it is the meaning of this term that Summers spends much of the work unpacking. He presents the arguments of some analysts in the past that Yunnan is in fact more a member of the micro-region of South East Asia, and shares more links with them than it does with the rest of the country it belongs to, but argues that this is not true. Yunnan has been brought into national logistics and supply chains, particularly since 1992, when he sees it being one of the areas most affected by the re-invigoration of Reform and Opening up after Deng Xiaoping's celebrated Southern Tour that year. Prior to this, the coastal regions got most of the focus, as they established Special Economic Zones and became globally important manufacturing centers.

From 1992, however, the Western regions received more support. In particular, the campaign to Open Up the West promulgated by the Jiang Zemin and Zhu Rongji leadership from 1999 (although officially commencing in 2000) set aside funds for the building of infrastructure and the attraction of companies through investment-friendly policies for the area. As a result of this, more internal investors and manufacturers started looking for opportunities in Yunnan, many of them with an idea to using it as a point from which to tap into the emerging markets and potential of the countries ranged around the province's borders.

Yunnan's political leadership have been keen to jump onto this bandwagon, presenting the area as one that is uniquely placed to enjoy benefits from the free trade agreement that China signed with the Association of South East Asian (ASEAN) countries in the 2002, and amended substantially since. Trade has risen steeply between China and some of the ASEAN members, and while it is difficult to disaggregate this down to the level where one can clearly see how much of this actually goes to Yunnan, it is clear that it must enjoy some knock on benefits because of its geographical location. It is this that has inspired the increase in roads, trains and air links between Yunnan and those countries that border it or are part of the Mekong River delta.

This is a succinct, clearly-written and well-presented discussion of how a province is able to articulate its own goals while working within a national system where many of the macro-economic policy levers like interest rates, growth targets and tax raising powers are still in the hands of the central government. Yunnan has been able both to engage more deeply within the domestic economy, but also use its regional links externally to its economic advantage.

It remains, however, one of the country's poorest provinces, and still faces steep developmental challenges.

But the fact that local companies like Yunnan Copper, which Summers looks at in some detail in his final chapter, have been among the most active internationally amongst Chinese state owned resource enterprises just shows how integrated the area is coming in the global supply chain. This justifies the argument that Summers finally presents that Yunnan is, therefore, a bridgehead, a place that is maintaining its historic function as a transit point, and a southern version of the northern "Silk Road," a major crossing point for goods, trade flows, customs and ideas.

This story is one that deserves greater profile, and this book performs a good service in helping to achieve that.

Kerry Brown is Director of the China Studies Centre at the University of Sydney, Professor of Chinese Politics, and Team Leader of the Europe China Research and Advice Network. His most recent book is Hu Jintao: China's Silent Ruler. For more writings see www.kerry-brown.co.uk. 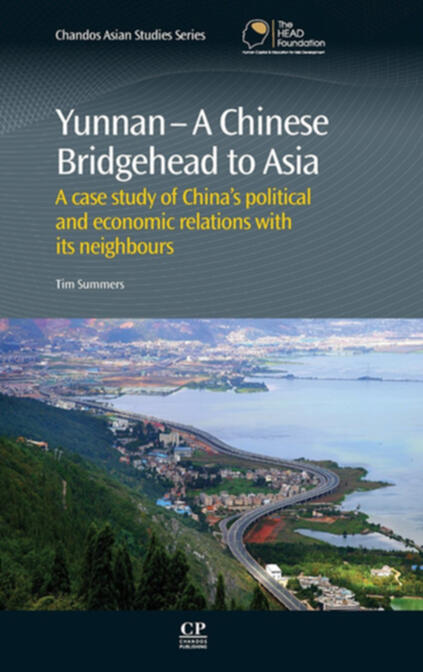 This is the third time this very article is hitting my inbox in as many days as it is republished on various sites. It reads like a review one would do for money/exchange for reciprocal friendly review. Some might call it spam.

I guess I will never know if this book is actually worth reading or whether the author just seeks a lucrative consulting job as at over $100 it seems a bit pricey. No digital preview on Amazon either - what do they have to hide?

To be fair Kerry Brown doesn't really need to chase consulting jobs. He's a former senior diplomat and a very well known China expert, currently head of Chinese studies at an Australian university. The price of academic books is outrageous of course.

Looking at the fantastic progress of the metro and DianChi clean up, one can only hope to be optimistic. Hrrrmmmm!

I wish Yunnan would have a better cradit/loan system, disregarding nationality. So that smaller and maybe smarter start-up's could bring new innovations and ideas and thus quality into all sorts of products and services.

As well as a more efficient and fairer taxation system for small or start up companies, like in many European states.

This province could be the innovative engine of this country. If they would try to attract through tax and loan benefits, plus that would bring more income for the state as well.
It for sure, has everything it needs from weather, location, geography, etc.
Just think about all the industries you could possibly build, and run here, (except of course ocean related industries). Ahhhhh..... just dreaming.

Isn't this title kind of retarded from an academic? China is in Asia.
Yunnan: A Chinese Bridgehead to Itself. I look forward to Seattle: An American Bridgehead to North America.