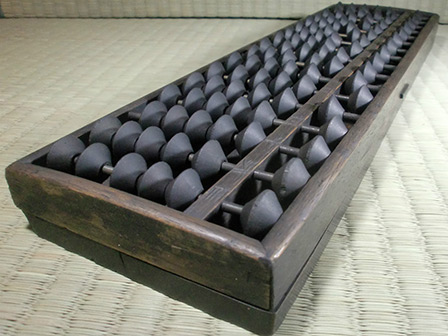 A review of economic reports from the past two years has revealed officials in eastern Yunnan's Luliang County (陆良县) systematically inflated economic figures to the tune of hundreds of millions of yuan. The audit, conducted by the National Bureau of Statistics (NBS), was made public by news service Xinhua on September 5.

Inspectors looking into financial records regarding the county's "industrial output value" discovered data for 28 companies had been faked in 2012. So far this year figures for 25 companies have been found to be erroneous.

In total, Luliang accounts claimed a combined 9.08 billion yuan (US$1.48 billion) in industrial output for the two years in question. National auditors were only able to verify receipts of 3.88 billion yuan (US$634 million), leaving an unaccounted for total of 5.2 billion yuan (US$850 million) — a 57 percent exaggeration of actual figures.

The motivation for such large-scale fraud was not mentioned in the Xinhua article. However, a more detailed English-language version of the original report offers some conjecture:

Companies complained that if they did not fraudulently report higher data, their reports would be returned by local government departments. They also said that fake reports would ensure they would enjoy favorable policies such as securing bank loans...It is a well-known fact that local government leaders are assessed for their performances based on economic data. Nice-looking data sheets mean promotion opportunities.

The Luliang audit is part of an ongoing review of provincial and municipal economic data undertaken by the NBS and the National Audit Office. The ostensible purpose of the nationwide evaluation is to uncover fraud such as that found in Luliang and create a more transparent government.

The administration of president Xi Jinping has stressed limiting government spending, rooting out corruption and increasing accountability since coming to power last year. Luliang's gigantic financial irregularities represent the first reported instance of corruption uncovered in Yunnan by the audit.

Whether the faked data exposed recently is a province-wide problem remains unclear, as does what sort of punishment county authorities could face. As of this writing, no Luliang officials have been named publicly in connection with the fraud.

IMO some of this type of fraud could be detected much sooner with a proactive data search. Many western canned software programs use algorythems like Benfords Law aka Digital frequency anaylysis to detect trends that can result in the early detection of fraud. Cooking the books is nothing new and when something of value and human nature come together the triangle of percieved need, percieved opportunity, and rationalization lead to fraud. There are no small frauds; only big frauds that have not had time to develope.

The USA is no exception. Look at what has happened in Detriot.

The balance is between to cost of prevention and the cost of fraud.

I see many small frauds, probably because there are many small businesses that I have dealings with. From the guy who under weighed my potatoes (about 5rmb) to the guy who cheated us on the home decorating materials (10s of th). All small frauds, I doubt if any of the guys I deal with will ever get rich, because they are stupid as well as greedy.
It seems to be SW culture. The only crime seems to be getting caught. Just wait and see if any of the guys in that county have public pictures with them wearing Rolex. If they do then the Human Flesh Search Engine will out them.

Its been going on for hundreds of years. The Great Leap Forward and the Beautiful Developed Modern Times are just recent phenomena, - the same side of the same coin. The roots are deep - anyway all know it....

Man bites dog is news. Dog bites man is not news.
Books are cooked is no news. Books are not cooked is news.

Peter99 - "hundreds of years"? I think it's been going on since agriculture was invented and class society came into being, built on the possibility of creating, and 'privatising', a surplus.