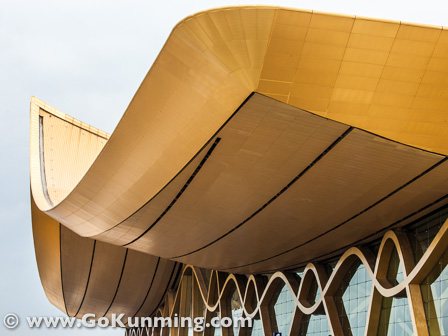 As expected, import and export traffic has soared since the opening of Kunming's new airport last year

Foreign trade in Yunnan is surging, perhaps signaling a decade long attempt to position the province as an international business hub is paying dividends. Data released this week by the provincial customs bureau show total import and export traffic in the first quarter of 2013 totaled US$4.52 billion.

Year-on-year (YoY) this represents growth of a robust 45.5 percent. Across China the growth rate for international trade over the first four months of 2013 was a strong, but comparatively modest, 13.4 percent.

The most significant gains in Yunnan's trade came in the mechanical and electronic sectors, which together accounted for US$720 million in exports. The vast majority of the province's consumer and agricultural exports were shipped to ASEAN member-countries, Taiwan and Hong Kong. 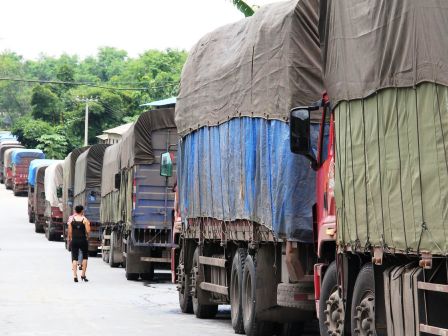 Over the past decade Beijing has continually poured money into Yunnan in the form of infrastructure projects. Billions of dollars have been spent on increasing highway, rail and air transport connectivity — culminating in the opening of Kunming Changshui International Airport last summer. The aim of these projects has been to strengthen the province's position as an economic "bridgehead" to nearby Southeast Asian markets.

Officials and businessmen alike will look to remedy the downturn in trade with countries such as India and Bangladesh in June. At that time Kunming will host the first China-South Asia Exposition, which looks to increase trade ties between the world's two most populous nations.

Until then, Yunnan may rest easy, knowing that it possesses the fastest growing economy in terms of percentage thus far in 2013. National figures reflecting the uptick in Yunnan's international trade show the province's GDP grew at a 12.6 percent clip YoY in the first quarter of the year — leading the national average by 4.9 percent.

yunnan a place where its more tourism . . . i dont doubt that yunnan has factories . . so your telling me that yunnan has a large increase in this manufacturing sectors . . but at what cost?

i might be mistaken but resources arent that abundant here compare to other places and with the wages on the rise . . hell . . .

there is something wrong here

Kunming government is planning to build a large oil refinery on the outskirts of Kunming (much possibly already start construction). It is estimated to bring nearly 100 billion RMB GDP to Yunnan, according to the report. But it definitely will be a threat to the environment.

However, such a big event is strange to the general public because of the government's control of speech and news report, especially at the preliminary stage of the project. Three months ago, Government reported relevant news but not publicized on a large scale.

Until recently, some people reposted messages about relevant news and critics on Weibo that more and more (includes me)start to know, anger and question...
But, comparatively, most of Kunming locals lack of understanding about the impact of this project, and many of them have nothing effective to stop this.
Many people still hope to replicate the miracle like what happened in Xiamen in 2007. Maybe we can do something.

This project is built in Anning 安宁, and it is one of projects belonging to CNPC and is one of "National Strategic Project".

So it is kind of "mission impossible" to stop it.

i think the reason for this push is because yunnan govt probably realize that the money coming in isnt enough.

as you all know there was a news even here that kunming or yunnan funding is almost used up due to its unending projects and city restructure.

i might be wrong here but even though its in anning, the yunnan govt heads still has a part on this and not just kunming.

i hope you guys get what i mean.