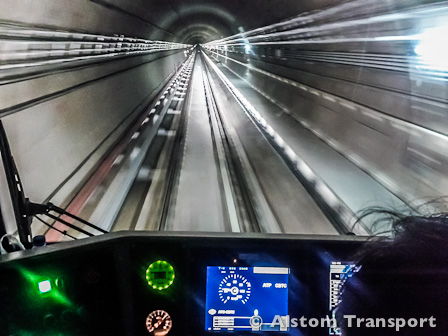 An update on the progress of Kunming's urban rail network was released Monday at a meeting held by the Kunming Rail Transit Planning and Construction Group (昆明轨道交通有限公司). The date of completion for Line 1, running from Xichang Lu to Chenggong, has again been pushed back, China Daily is reporting.

People in Kunming got their first taste of urban railway travel this summer when an abbreviated section of Line 6 opened up, connecting Kunming Changshui International Airport to the city's East Bus Station. Those hoping for the quick completion of additional metro lines will have to wait a bit longer.

Line 1 of the city subway will debut this year on New Year's Eve but only the southern section will be completed. This so-called "phase one" will run between the University Town station (大学城) in Kunming's far south to Xiaodongcun (晓东村). Located near Wujiaba Airport, the Xiaodongcun station sits at the intersection of Changhong Xi Lu (昌宏西路) and Guanyu Lu (关雨路). 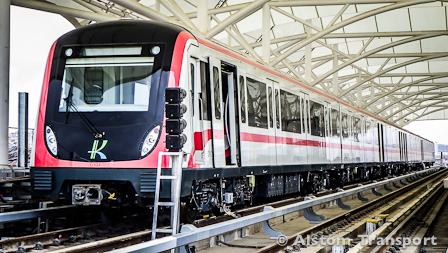 Trains traveling this route will pass through the southern part of Chenggong and stop at 10 stations along the way, including one at Luosiwan International Trade City.

Each station will have automated ticket machines as well as bathrooms, elevators for the disabled, bilingual signs and safety doors to prevent people from getting onto the tracks, according to the China Daily report.

During phase one there will be a total of 16 trains available for service along the 22-kilometer track. During peak hours 12 of those trains will be operational, while the other four will be used for maintenance and as backups. Trains will run daily at six-and-a-half minute intervals from 7am until 9pm.

The urban rail project officially broke ground more than two years ago. It is scheduled to be completed by 2018 but has been beset by repeated postponements. Lines 1 and 2 were previously planned to open simultaneously this summer before it was announced completion would be pushed back to 2013. 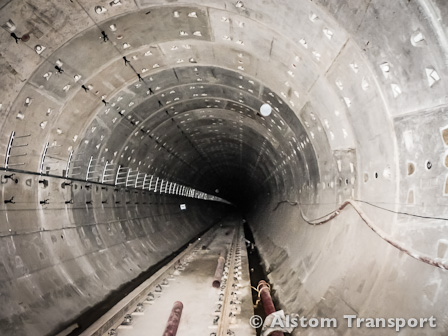 With no current news regarding Line 2, GoKunming spoke with Valentin Bardoux, who works in Kunming for the French transportation firm Alstom Transport. Alstom is currently working with Chinese company CASCO to design and implement the subway's signal and control systems.

Bardoux confirmed that phase two of Line 1 is currently scheduled to be unveiled in June of next year. He also told us that once put into use, Kunming's urban rail control and safety systems will be one of the most advanced in China due to technological advances and upgrades from existing metros in cities like Beijing.

Estimated completion dates for delayed Lines 2 and 3 have not yet been made available. A detailed look at all six lines and their proposed stations was made public in 2010.

Is that the KM metro's logo on the front of the train in the first photo? Yuck!

Despite delays, amazes me the speed they are able to build railroads, subways, light rail systems in this country. In my home city in USA it is taking 4 years to build light rail line 4 miles all above ground. We have 2 Amtrak trains daily, 1 east bound and 1 west bound and they regularly run 2-4 hours behind schedule. Have taken numerous trains here in china and not once have been late.

@tallamerican. 4 years to build? Not bad. Up in Toronto they can't even decide what to do in 4 years. As for train service, the liner from Vancouver to Toronto has been know to arrive 23 hours late!

I also find it strange that in the west our trains are almost always late. Yet in China and Japan it virtually never happens. I have taken the overnight train to Guangzhou a couple of times and both times it got into the station within 5 minutes of the stated time, awesome!

A question about the last picture: Are the subway lines going to be single track with some double track for passing? Or is that only one tunnel, there is another tunnel next to that one for trains going the other way?

I agree that the Chinese are excellent at pushing through these big infrastructure projects, but a lot of the delays in Western countries are due to the local populace having a say in whether they agree or disagree with government building plans. Not an issue in China!

Ha. The subway extensions in Toronto are not a mere 4 years late, more like 30 years late! They've been talking about building a subway line along eglinton ave since the 80s. Toronto is pretty pathetic in this regard. They call themselves world class yet don't even have a subway connection to the airport. This is part of the reason I came to China: commitment to public transport and bicycle friendly.

I'm impressed that the construction of the subway in Kunming continues without major delay. It's just a damn shame that the Kunming-Dali HSR is on ice, I was really looking forward to that one. It was originally supposed to be completed last year.