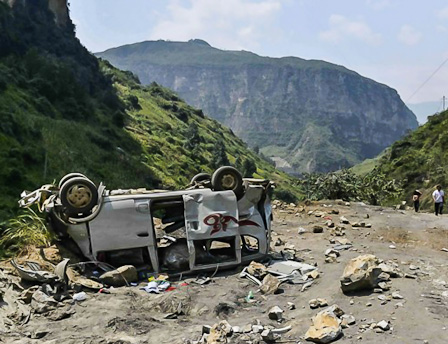 Two earthquakes registering 5.7 on the Richter scale struck Zhaotong prefecture (昭通市), Yiliang county (彝良县) in northeast Yunnan last Friday. The temblors occurred one hour and less than ten kilometers apart. They are the largest tremors to hit the province since a magnitude 6.0 earthquake shook Chuxiong Yi Autonomous Prefecture in 2009.

Government officials have confirmed 81 people have been killed by collapsed buildings and falling debris. News outlet ENorth is reporting the most recent victim was a two-year-old killed in a rockslide triggered by an aftershock Saturday evening.

The central government has deployed 7,000 army personnel to the area. They are being assisted by 4,000 volunteers and locals who continue to search for survivors. Rescue efforts have been severely hampered by the remoteness of the area and continuing aftershocks, ChinaNews is reporting. 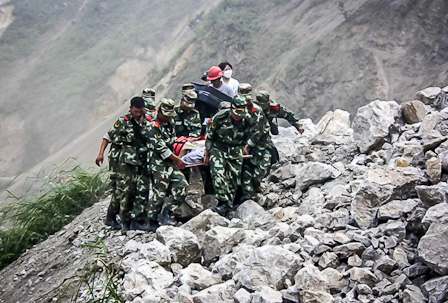 The two quakes and dozens of aftershocks have injured more than 800 people and forced the relocation of 200,000 others. An additional 28,000 people in neighboring Guizhou province have also been evacuated from their homes. Damages from the earthquakes are estimated at 3.69 billion yuan (US$582 million), according to the Wall Street Journal.

Chinese media reports vary widely on the number of aftershocks, with some news sources reporting 150 aftershocks while others are claiming 293 additional tremors have hit the area.

Relief efforts have been disrupted by numerous road closures caused by fallen debris. ChinaNews reports that initially 96 roads and highways in the area were blocked, but all three into Yiliang have since been opened by relief workers. 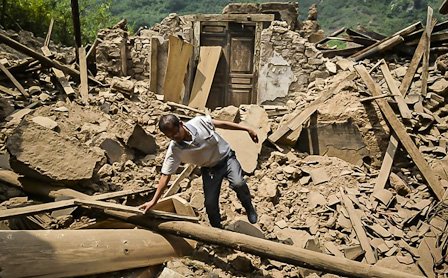 Premier Wen Jiabao was dispatched to Yiliang County and arrived Saturday morning. Upon his arrival the Ministry of Finance pledged one billion yuan (US$166 million) for disaster relief and management. According to the Ministry's website:

The central government has allocated 1.05 billion yuan for the Yunnan earthquake relief, recovery and reconstruction. These funds will be used for evacuation of affected people, transitional living assistance, agricultural reimbursements, death benefits, housing reconstruction, as well as the emergency repair of roads, communication networks, electricity and water lines.

Families of those killed in the earthquake will receive government assistance totaling 20,000 yuan (US$3,155), according to ENorth. As of this writing the government had distributed 11,000 tents and 8,500 quilts for those left homeless. More than 70 million yuan in donations have been collected from the public since news of the twin earthquakes was announced.

Donations can be made online to the Yunnan branch of the Red Cross or in person at the Yunnan Disaster Relief Donation Office.

Update: As of Wednesday morning, China Daily is reporting the Ministry of Finance has lowered the amount of aid money allocated for earthquake relief programs to 780 million yuan (US$123 million).

@ cuoxiang — Noted and changed. Thanks for the correction.

Is there any update on how people are doing in the earthquake affected area?