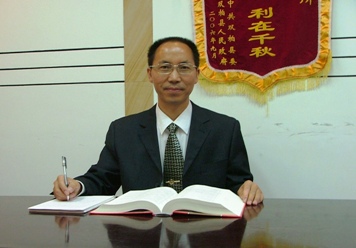 In terms of foreign investment western Chinese cities have generally lagged behind coastal regions and larger interior cities, primarily due to geographic reasons. As operation and labor costs in eastern China continue to rise and China's transport network continues its rapid development, cities in western China including Kunming, Chengdu, Chongqing are beginning to appear on foreign investors' radar.

As outside investment in western China continues to grow, more foreign enterprises are choosing to hire local law firms to represent their interests in Kunming and elsewhere in Yunnan. Edmond Yang, Director of International Corporate Affairs for Yunnan Jianguang Law Firm in Kunming, has been assisting international investors in Kunming and Yunnan with legal issues since 2004. Prior to becoming a lawyer, Yang worked for 14 years at the Kunming Chamber of Commerce as Section Chief in Charge of Economic Liaison. Fluent in English and proficient in French, Yang studied for one year in Montreal, Canada in 2002. GoKunming sat down with Yang to discuss legal issues pertaining to investing in Kunming and Yunnan.

GoKunming: How would you describe the foreign investment trends that Kunming and Yunnan have experienced in the past?

Edmond Yang: Kunming first began receiving significant foreign investment in 1982, but it wasn't until 1992 that it really began to gain momentum. Yunnan's rich biodiversity and varied growing conditions have led to major investment in foodstuffs, medicinal herbs, tobacco and cigarette-related products and also horticulture. Yunnan accounts for about half of China's horticultural production and has attracted major foreign and investment in fresh cut flowers, bulbs, seedlings and new varieties.

Agriculture aside, in terms of industrial investment, Kunming has much more light industry than heavy industry, with foreign investment focusing on machine tools and telescopes. The real estate and retail sectors have also experienced a major increase in foreign investment.

Today there are more than 2,000 foreign invested enterprises in Kunming - the main countries and regions represented are Hong Kong, the US, Japan, South Korea, Taiwan and Singapore.

GK: Why do foreign enterprises investing in Kunming or Yunnan need a local lawyer?

Edmond Yang: First of all, China employs a unified nationwide admission exam - similar to a bar exam. Passing this exam and obtaining a license enables a lawyer to operate anywhere in China. This is different from some countries such as the United States, where lawyers must pass an individual state's bar exam to practice in that particular state.

Even though a Chinese lawyer is licensed to practice anywhere in the country, a local lawyer will have the best knowledge of business, economic and political conditions with regards to his or her base city. A lawyer from the region where a foreign enterprise is investing will offer the most cost effective and efficient services. Even if a foreign company with existing operations in China has retained the services of a lawyer in another part of the country, it is highly advisable to seek local legal help

China is a massive country - when economic policies are applied to certain regions, there are often adjustments made to suit local conditions. A local lawyer has the best understanding of the local implementation of national economic policies and regulations. Also, foreign enterprises considering investing in China should make sure their lawyer has a good understanding of international business norms.

GK: What recent legal developments in China do you think are most advantageous to foreign companies and investors looking to invest in Kunming and Yunnan?

Edmond Yang: The biggest positive change for foreign enterprises interested in investing in China is the opening of new sectors to foreign investment under the terms of China's WTO accession. These sectors include banking, insurance, logistics, telecoms, accounting, gas, water and wastewater.

The Chinese legal system has become more transparent and streamlined in recent years, with many unnecessary or outmoded laws or regulations being eliminated. In September of last year China promulgated new regulations regarding M&A activities in mainland China by foreign enterprises. This has created a legal safety net for foreign enterprises engaging in M&A in China. China has also upgraded its copyright, trademark and patent laws in accordance with its WTO commitments. This has greatly improved the IPR situation nationwide.

With relation to Kunming and Yunnan, the central government's Go West policy is encouraging foreign investment in western China. Beginning January 1st, 2008, foreign and domestic enterprise taxation rates will be unified at 25% of gross profit. Under Go West, some companies investing in this part of the country can enjoy preferential policies such as a full tax exemption for the first two years since first turning a profit and a 50% tax exemption for three years afterward.

GK: What improvements in transparency have you seen in recent years with regard to foreign investment and foreign-owned assets in China?

Edmond Yang: China has made major improvements in the protection of foreign investment and foreign assets.

GK: What aspects of Chinese law do foreign enterprises find most different from their home countries?

Edmond Yang: Without a doubt, the areas where the biggest differences between China and other countries exist is in land law and corporate law.

In terms of corporate law, there are only two kinds of companies in China: limited liability companies [LLCs] and shareholding companies. For both types of companies the registration procedure, business scope, registered capital, and number of investors are all delineated very clearly by Chinese law. Business scope is an important factor in China, here you must register your company with a description of your planned operations and scope of business and the activities you plan on engaging in.

GK: In addition to having competent legal counsel, what other local relationships are important for foreign companies that want to expand into Kunming or Yunnan?

Edmond Yang: In China the government still plays a major role in business affairs. Good relationships with the local government are important, especially the departments in charge of your company's area of business.

It's also a good idea to get to know other enterprises in your sector with local operations. It may seem counterintuitive, but a lot of misunderstandings can be avoided if you interact with other players in your industry.

GK: At present, which sectors in Kunming and Yunnan are attracting the most interest by foreign enterprises?

Edmond Yang: At the moment, the majority of foreign investment in Kunming and Yunnan is focused on mining, hydropower, infrastructure projects, biotech, tourism and agricultural products. These are all sectors in which Yunnan has a comparative advantage over much of the rest of China.

The service sectors of health care and education are only beginning to see growth in foreign investment. I would say these two areas offer major opportunities to foreign investors.

GK: What foreign investment trends do you see emerging in Kunming over the coming five years?

Edmond Yang: Kunming should experience a growth in WFOEs and M&A activities. I also expect to see more foreign investment in infrastructure, transportation and public utilities to make new improvements to the older parts of Kunming as well as new urban districts such as in Chenggong. Investment in Kunming should continue to focus on the greater Kunming market, but there should also be a growing number of foreign companies turning toward nearby high-growth cities including Yuxi, Qujing and Chuxiong.